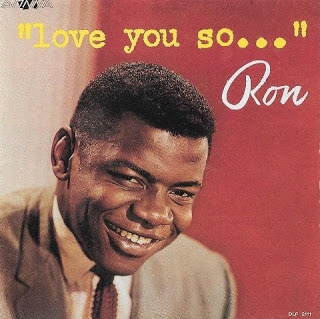 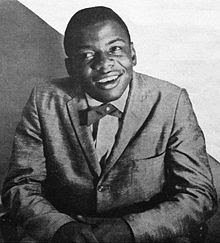 Show. He performed at the Apollo Theater with artists Jackie Wilson, the Crests and Redd Foxx. Most notable were USO tour-stops with Elvis Presley, Pat Boone and Connie Francis.
A self-described "dancehall singer," Ron was born Rolan Holden on August 7,1939 in Seattle, Washington, Ron came by his love of music honestly as his father, Oscar, widely known as the patriarch of Seattle jazz, once played clarinet in the great Jelly Roll Morton band. A Garfield High School (Class of ’58) football star, Ron also co-founded one of the town's very first teenage rockin' '50s R&B groups, the Playboys, who helped establish the song "Louie Louie" as a regional standard. 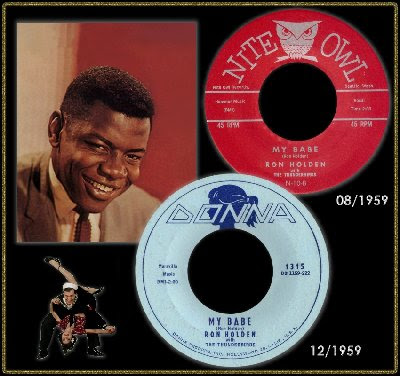 Ron Holden was discovered by Larry Nelson, who had just left work as a police officer to start his own record label. Ron spread the rumour that he had been heard singing by Nelson while being held in the King County jail after being arrested for marijuana and alcohol possession, but the story has not been confirmed. Holden was then joined by The Thunderbirds and released the single "Love You So", which became a hit in the U.S., peaking at #11 on the R&B Singles chart and #7 on the Billboard Hot 100 in 1960.Donna Records, owned by record company producer Bob Keane, bought the rights to Holden's recordings shortly after and issued a full LP entitled Love You So; this record was re-issued by Del-Fi Records in 1994. 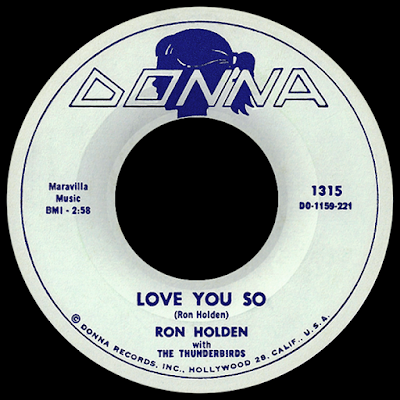 After five Donna releases, the company dropped him. He made records over the next few years for the Eldo, Baronet, Rampart and Challenge labels, but the momentum was lost and it didn't appear there would be another hit record.
Between 1960 and 1965, Ron Holden toured with Hank Ballard & the Midnighters, James Brown, Brook Benton, Etta James, Cleve Duncan & the Penguins, Rosie and the Originals, the 5 Royales, the Coasters, Freddy Cannon, the Crests, Marvin & Johnny, Don and 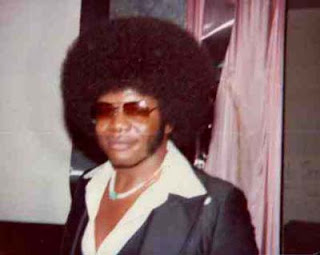 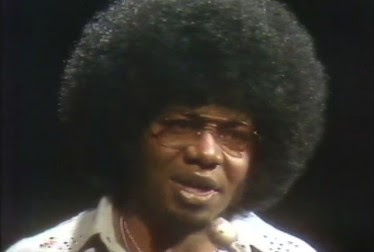 In 1970 Holden entered LA City College to study theatre arts. Then, in 1972, he was hired to join the first Rock & Roll Revival show at the Hollywood Bowl (along with Little Richard, Chuck Berry, and other stars), and in 1973 he cut the “pick hit” soul 45, “Can You Talk,” and began performing (and gigging as MC) at Art Laboe’s Oldies Club on Sunset. Exhausted by showbiz, he moved to Seattle in 1977 and later ran his own popular nightclub, Ron’s 5th Ave., while also participating in oldies concerts far and wide.
In 1983 Holden was included -- along with Richard Berry, the Wailers, the Kingsmen, and others -- at the huge Best of Louie Louie celebratory concert at the Tacoma Dome. Then in 1987, he joined all his old Northwest peers in an historic Northwest Rock reunion concert at the Seattle Centre Coliseum and in 1994 Donna Records finally reissued his Love You So album on Compact Disc for a whole new generation of music fans to discover and enjoy.

Along the way, Holden had begun accepting gigs at numerous far-flung venues -- and it was while booked at a club in Rosarito Beach, Mexico, that he died of a heart attack on January 22, 1997.

A big thank you to daysofbrokenarrows blogspot for link