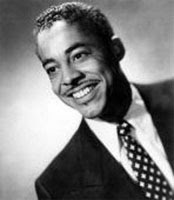 Ernest Aaron "Ernie" Freeman (August 16, 1922 – May 16, 1981) was an American pianist, organist, bandleader and arranger. He was responsible for arranging many successful rhythm and blues and pop records from the 1950s to the 1970s.


Freeman was born in Cleveland, Ohio. In 1935 he began playing in local Cleveland area nightclubs, and also formed a classical music 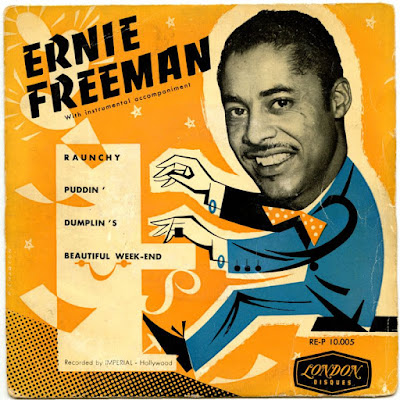 trio for local social functions with his father and his sister Evelyn. Around 1939, he and Evelyn formed a new band, The Evelyn Freeman Swing Band, with fellow teenagers from Cleveland Central High School. Evelyn played piano, while Ernie played saxophone and also began writing arrangements for the band. The band began a regular engagement at the Circle Ballroom in Cleveland, and broadcast shows for WHK radio station. In 1942, most of the band, apart from Evelyn, joined the US Navy together, and became the first all-black Navy Band, called "The Gobs Of Swing", with Ernie as its leader.


After leaving the Navy in 1945 Ernie entered the Cleveland Institute of Music, from which he graduated with a BA degree. In 1946 he moved with his family to Los Angeles, to attend the 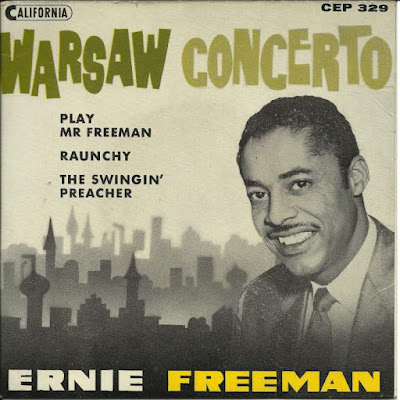 University of Southern California where he received his master's degree in music composition. In Los Angeles, he played in clubs, accompanying Dinah Washington and Dorothy Dandridge among others, as well as recording under his own name for the Mambo label. After a spell as arranger for Woody Herman he joined the Ernie Fields Orchestra, playing the piano. Other members of the band included saxophonists Earl Bostic and Plas Johnson, guitarist René Hall, and drummer Earl Palmer. In 1951 Freeman also began playing with the Billy Hadnott Sextet, but left in 1954 to form his own combo with Johnson, Palmer and guitarist Irving Ashby. In 1955 they released their first record, "No No Baby" on the Middle-Tone label. They also recorded with a vocal group, the Voices, who included Bobby Byrd and Earl Nelson of the Hollywood Flames (later Bob 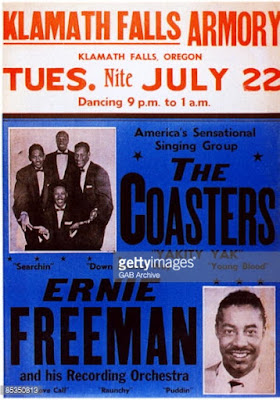 
Freeman played on numerous early rock and R&B sessions in Los Angeles, California, in the 1950s, particularly on the Specialty, Modern, and Aladdin labels, as well as for white artists such as Duane Eddy and Bobby Vee. He played piano on the Platters' "The Great Pretender" in 1955, and began releasing a number of instrumental records of his own, at first on Cash Records.These included "Jivin' Around" (#5 on the R&B chart in 1956). In 1956 the Ernie Freeman Combo and the Platters appeared in Paramount Pictures' Rock Around The Clock introduced by Alan Freed. In the same year he was signed by Imperial Records, where he released 29 singles and seven LPs over the next seven years. His first single for the label was "Lost Dreams", which reached #7 on the R&B chart. 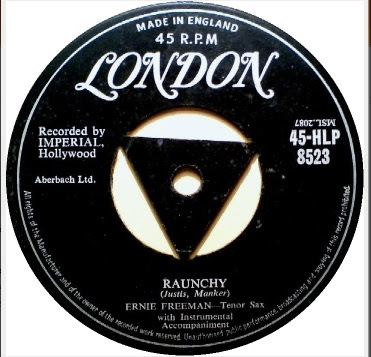 His cover version of Bill Justis' "Raunchy", his biggest solo success, reached #4 on the pop chart and #1 on the R&B chart in 1957. He returned to the charts in 1958, when his version of "Indian Love Call" reached #58 on the Billboard pop chart.


In 1958 the Ernie Fields Orchestra, including Freeman, became the 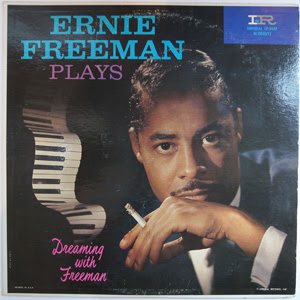 house band for the newly formed Rendezvous record label. In 1961, with Palmer, Johnson and René Hall, they began recording as B. Bumble and the Stingers, and Freeman played piano on their first hit, "Bumble Boogie" (but not their later hit, "Nut Rocker"). In the same year, Lew Bedell, the owner of Doré Records, suggested to him that he record a version of a Maxwell House advertising jingle. The record, "Percolator (Twist)", was credited to Billy Joe & the Checkmates and rose to no.10 on the Billboard Hot 100 in early 1962.Freeman also performed with and arranged for the Routers and their parallel group the Marketts. 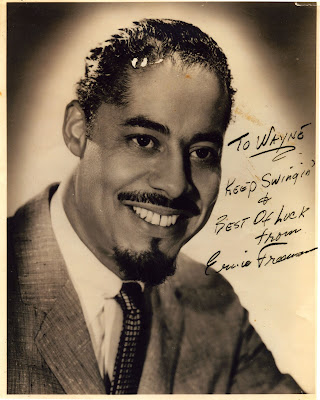 He continued a successful session career in the 1960s, arranging and appearing on material by Frank Sinatra, Connie Francis, Dean Martin, Johnny Mathis, Petula Clark, and becoming musical director with Reprise Records. From 1960 to 1964 he arranged virtually every session for Snuff Garrett at Liberty Records including artists Julie London, Bobby Vee, Johnny Burnette, Gene McDaniels, Timi Yuro and Walter Brennan. As a footnote, "National City" by the Joiner Arkansas Junior High School Band charted at 53 in May 1960 was made by a group of studio musicians led by Ernie Freeman. Freeman also composed music for several films, including The Cool Ones (1967), The Double Man (1967), The Pink Jungle 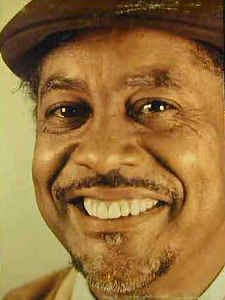 
After contributing the string arrangements to the Grammy-winning LP "Bridge Over Troubled Water" by Simon and Garfunkel, Freeman's career went downhill. His alcoholism became worse and his driver's licence was revoked. He lived in Hawaii during part of the seventies and died from a heart attack in 1981, almost unnoticed by the media. A sad end for a man of amazing musical talents. (Info mainly Wikipedia)

Twenty-five instrumentals that Freeman cut for Imperial in the late 1950s and early 1960s, including of course "Raunchy," and as well as the R&B hit "Lost Dreams" and the minor pop charters "Dumplin's," "Indian Love Call," and "The Twist." Certainly Freeman had a good band (Earl Palmer was on drums), but his sound as a solo artist was not original, and the material was rather standard-issue '50s R&B/rock, sometimes sounding a little like Bill Doggett. By the way, the version of "Jivin' Around" here is not the original (on Cash Records) that made the Top Ten R&B listings in 1956, but a 1957 Imperial remake. (AMG)

Hello,
Link is dead,
Could you re-up please.
Thanks

Hello Bob,
Sorry for delay. Found it eventually on one of my external hard-drives. here it is