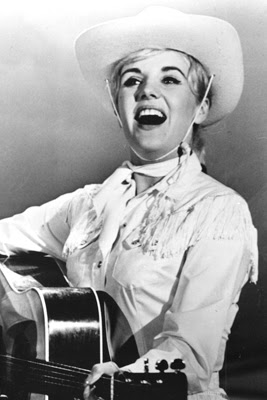 Molly Bee (August 18, 1939 – February 7, 2009), born Mollie Gene Beachboard, was an American country music singer famous for her 1952 recording of the early perennial, "I Saw Mommy Kissing Santa Claus", and as Pinky Lee's sidekick on The Pinky Lee Show. She had had several hits in the early '60s, crafting a 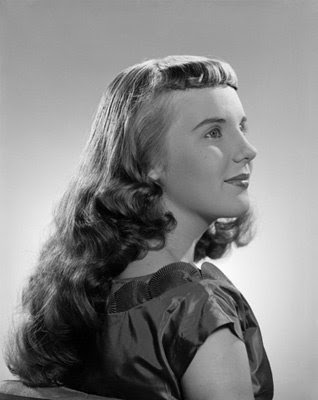 showy stage persona, ideal for clubs.
Raised in Beltbuckle, TN, Bee didn't begin singing until her family moved to Tucson, AZ. Even then, she started her singing career much earlier than most -- she was ten years old when she gained the attention of Rex Allen, the singing cowboy. Bee's mother took her to see the singer at a local concert, where she had her daughter sing for him. Impressed with her performance of "Lovesick Blues," Allen had the child sing on his radio show shortly afterward. 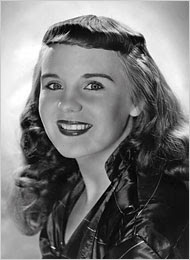 A year later, her family moved to Hollywood, where she became a regular on Hometown Jamboree, a Los Angeles-based television show run by Cliffie Stone. Bee sang on the Jamboree throughout her teens, gaining a large following of fans; she was so popular, the program was occasionally called the "Molly Bee Show." During this time, she was also a regular on The Pinky Lee Show, appearing on the television program for three years.


When she was 13, Bee signed with Capitol Records, releasing her first single, "Tennessee Tango." However, it was "I Saw Mommy Kissing Santa Claus," released late in 1952, that was her first major success. 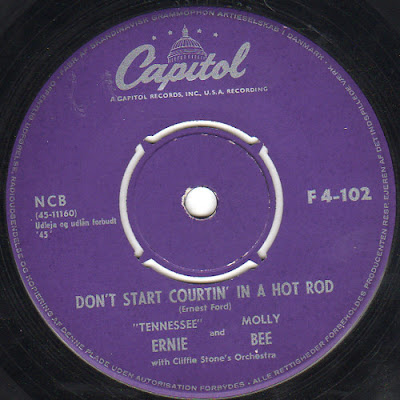 In 1953, she recorded "Don't Start Courtin' in a Hot Rod Ford," a duet with Tennessee Ernie Ford. The following year, she left Pinky Lee's show for Ford's daytime television show. Bee's career continued to grow, as she had more hit singles -- including "Young Romance," "Don't Look Back," and "5 Points of a Star" -- and 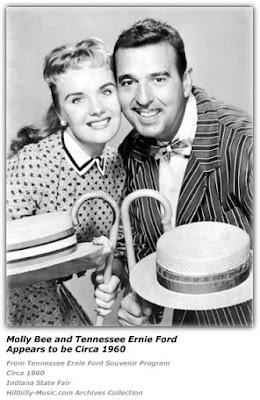 appeared on a variety of television shows. By the late '50s, her live shows were drawing large, record-breaking

crowds.
In the early '60s, Bee began to move her talents to other areas, acting in several musical plays (The Boy Friend, Finian's Rainbow, Paint Your Wagon) and movies (Chartreuse Caboose, The Young Swingers), as well as becoming a fixture in Las Vegas. However, her recording career began to decline after she signed to Liberty Records in 1962. After two unsuccessful years there, she moved to MGM in 1965, releasing the It's Great...It's Molly Bee album. Bee found her greatest success at MGM the following year with "Losing You"/"Miserable Me." 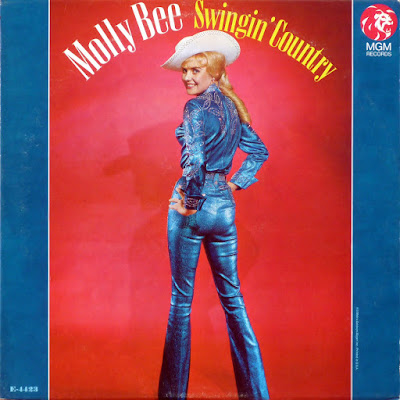 By the late '60s, Bee had fallen prey to drug addiction and had to take several years off the road as she rebuilt her life. She re-emerged in 1975 with Good Golly Ms. Molly, this time on Cliffie Stone's Granite record label. Her comeback was successful, producing two charting singles: "She Kept on Talking" and "Right or Left at Oak Street." In 1982, she released her final album, Sounds Fine to Me, which failed to match the performance of Good Golly, although she remained a popular concert draw.


Although she was no longer touring, in April 1998, she was part of the playbill putting on a benefit for the Ivey Ranch Park for the 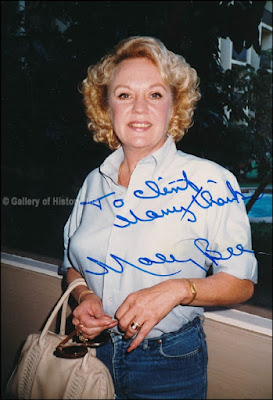 physically and mentally handicapped in her city of residence, Oceanside, California.


By the 1990s she owned a restaurant and night club in Oceanside, known as The Molly Bee. She was quoted as having said, "I've done it all, and lived to tell about it." She remembered working with "incredible people and always into where the action was. I wouldn't trade it for the world." "Mine has been like six lifetimes rolled into one.

Bee, who in her later years went by Molly Muncy offstage, died on February 7, 2009, at Tri-City Medical Center, Oceanside, California, from complications following a stroke. She was 69 years old and lived in Carlsbad, California.