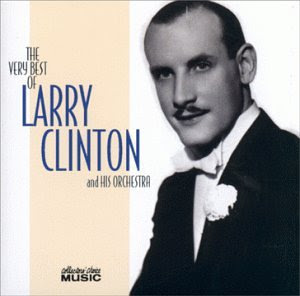 Larry Clinton (August 17, 1909 – May 2, 1985) was a versatile composer, arranger, and bandleader whose swing band was one of the dominant forces in pop music in the late '30s, specifically in the period between Tommy Dorsey's initial success and the rise to fame of Glenn Miller.
Born in Brooklyn, Clinton broke into the business as an arranger on 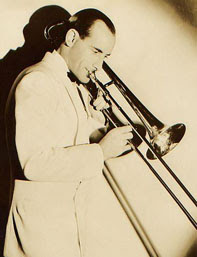 the staff of Ferde Grofé & His Orchestra, which formed in 1932 in the wake of the rift between Grofé and Paul Whiteman; Clinton also held down a trumpet chair in the Grofé band for a time. Upon leaving Grofé, Clinton joined the arranging staff of the Dorsey Brothers Orchestra, but continued to write charts on a freelance basis for other leaders. When the Dorsey Brothers split in 1935, Clinton went with Jimmy Dorsey, but it was an arrangement placed with Tommy Dorsey's band, "The Dipsy Doodle," that established Clinton's name with the public.


On the strength of that hit, Clinton formed his own band in late 1937. He recorded a string of hits for Victor Records graced with 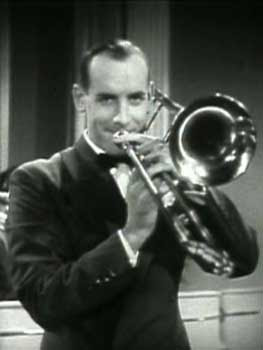 the extraordinary talents of girl singer Bea Wain and the rough but personable singing of "Boy" Ford Leary. The Clinton band's repertoire was split between pop tunes of the day ("I Double Dare You," "Summer Souvenirs," etc.), ambitious instrumentals penned by Clinton (the most popular, "A Study in Brown," begat four sequels in different "colours"). and swing adaptations of classical compositions. This last category swept the industry, and orchestras everywhere were "swinging the classics" by adding pop lyrics to melodies by Debussy and Tchaikovsky. His version of Debussy’s "Reverie", with vocalist Bea Wain, was particularly popular. Entitled "My Reverie", his version peaked at #1 on Billboard's Record Buying Guide in 1938. 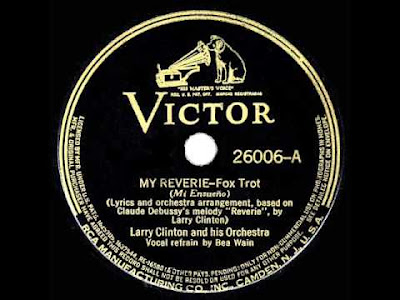 Clinton also similarly transformed music by Tchaikovsky, Flotow, and the hoary anthem "I Dreamt I Dwelt in Marble Halls" into solid sensations -- musicians' scuttlebutt of the era in reference to Clinton eulogized such efforts as "it goes into one ear and flows out of his pen." Purists cried "desecration," but Clinton defended his work by stating that he was bringing quality music to the dance floor.


Some of the hits Clinton enjoyed in the late '30s were with songs of such significance that his connection in introducing them has become forgotten; the ever-prevalent favourite of amateur pianists "Heart and Soul" and "Deep Purple" were among the tunes Larry Clinton made famous.


Clinton did have some hot players in his band, but seldom if ever used them to contribute solos to raise the heat; as one would expect from an arranger's band, the emphasis was on precise execution of his dance charts as written. Several of Clinton's other compositions 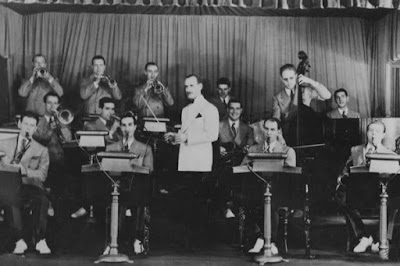 were more challenging, representing an interest in the "egghead jazz" of Raymond Scott and Ray Noble in pieces such as "Strictly for the Persians" and "The Campbells Are Swingin'." Many of Clinton's original pieces reflect an interest in the supernatural and Satanism, such as "Midnight in the Madhouse," "Shades of Hades," "The Devil with the Devil," "Satan in Satin," "Study in Surrealism," and one 1938 vintage number that perhaps was a premonition of things to come -- "I Want to Rock (Rock Solid Rock)." 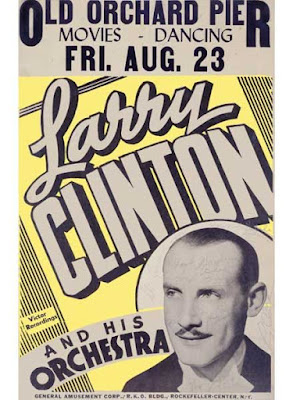 In 1941 Clinton and his band appeared in six short musical films, designed for then-popular "movie jukeboxes." (The films were ultimately released as Soundies in 1943.) This was one of his last jobs as a bandleader; he quit the music business upon the outbreak of World War II, and joined the United States Army Air Force. A rated pilot, he rose to the rank of captain, was stationed with the Air Transport Command in Calcutta and China during Hump airlift, and was a flight instructor with the 1343rd Base Unit. He served with distinction, and was well decorated for his efforts.


He resumed his musical career and enjoyed further success as a bandleader from 1948 to 1950. He worked for the short-lived Cosmo label, worked at Kapp, and re-recorded his hits with a pickup band in hi-fi sound with singer Helen Ward for his old haunt, RCA Victor. Nevertheless, the big- 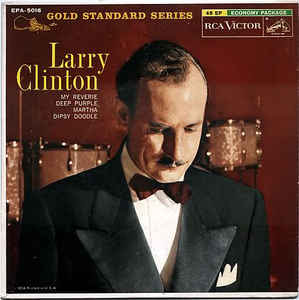 band business was dead, and Clinton retired from music in 1961 to pursue other interests, mainly writing fiction.

While Larry Clinton may not have led the jazziest swing band, it was nonetheless a fun and exciting dance orchestra, and his 214 78-rpm sides for Victor and Bluebird -- Clinton's core output -- are well worth remembering and appreciating on their own terms.


He died in 1985 in Tucson, Arizona, from cancer at the age of 75. (Info edited mainly from Uncle Dave Lewis @AMG & some Wikipedia)

Here's one of Larry's short musicals from 1941 - "Smiles." The vocalist is Butch Stone.

For “The Best of Larry Clinton & His Orchestra “go here:

Thanks to Zero Uno for the link.