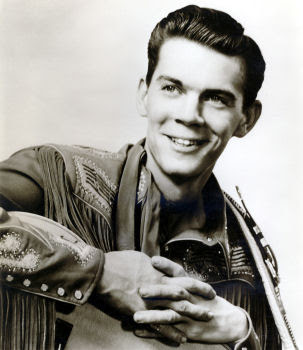 Justin Tubb was born into country music, being the eldest son of the legendary Texas Troubadour Ernest Tubb. The kid soaked up the aura that surrounded his father and naturally enough became infatuated by the sounds of country music. During his school holidays he toured with his father and regularly appeared on his WSM radio show. He even made his debut on the Grand Ole Opry at the age of nine.
By the time he graduated from Brackenridge High School in San Antonio he was an accomplished guitarist, singer and songwriter. 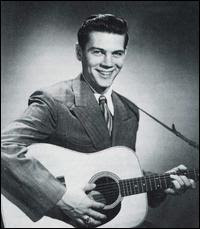 Before you know it, it's 1952 and Justin is a bit bored with the business (veteran that he was!) and acutely aware that everyone was comparing him to his father (those were big boots to fill in 1952), he decided enter the University of Texas at Austin, studying journalism.
Perhaps the calling was just to strong though, and he ended up quitting university when he was offered a job as a disc jockey on WHIN Gallatin. He began singing his own songs on air and was soon picked up by Decca Records. He made his recording debut in 1953 with "Ooh-La-La." 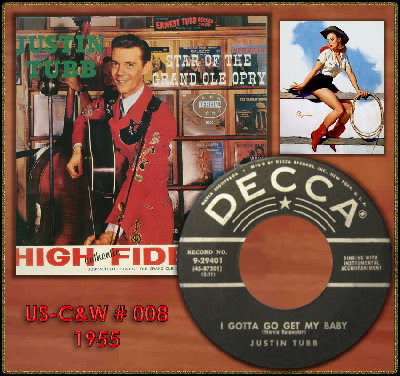 By 1954 he made it on the country chart with two duets with Goldie Hill—("Looking Back to See" and "Sure Fire Kisses"). A year later, at age 20, he was made a member of the Grand Ole Opry. Tubb had a few recordings of his own that enjoyed success, 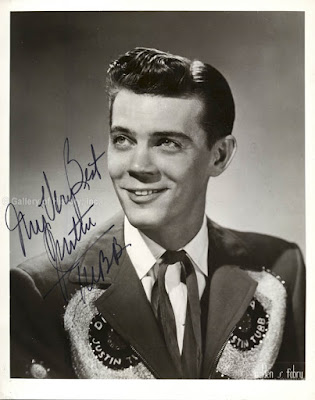 including "I Gotta Go Get My Baby" and "Take a Letter Miss Gray", but he was more successful as a songwriter. He penned many hit songs for other performers, including "Keeping Up with the Joneses", "Love Is No Excuse", and "Lonesome 7-7203", a hit for Hawkshaw Hawkins. Ultimately, six of his songs won awards. In the late 1950s he and roomed with a young, up-and-coming songwriter named Roger Miller.
The hits dried up for a few years during the rock 'n' roll era, although he had a few stabs at the genre himself, including Pepper Hot Baby in 1955.  By the 60s, Ernest's health was on the decline and Justin began to take an interest in his father's many business ventures, eventually becoming manager of 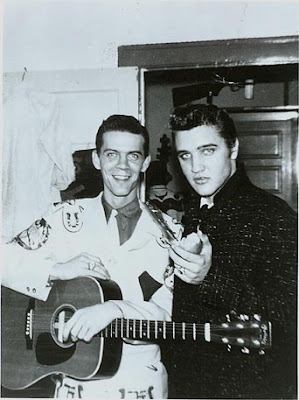 the Ernest Tubb Midnight Jamboree radio show and record shops.
Tubb signed to Starday in the early '60s, released a few albums, and toured so much that he was temporarily dropped from the Opry for not appearing often enough. During the 1960s, Tubb worked worked with his father on various business projects. After 1963, he signed with RCA and released two duets with Lorene Mann, including "We've Gone Too Far Again." He had one more minor hit with "But Wait There's More," his last chart appearance. He continued to record, tour and appear on the Opry through the '70s. He also continued to write songs, and his "Lonesome 7-7203" was a number one hit for Hawkshaw Hawkins while "Be Glad" 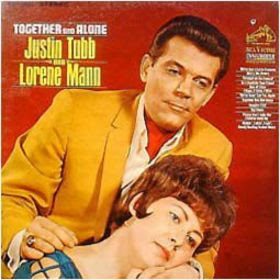 became a major hit for Del Reeves.
Over the years he toured all over the USA, Canada and Europe as well as appearing on most major US television shows. Worth mentioning is the story that he wrote about his disgust at the way country music was changing, "What's Wrong With The Way That We're Doing It Now", which won him five standing ovations for encores on the first occasion that he sang it on the Grand Ole Opry. 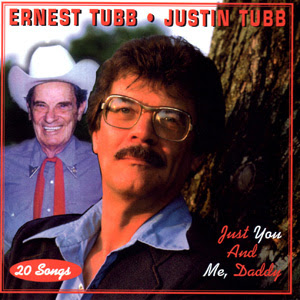 Toward the end of his own life, he completed an album of duets with his father, using recordings Ernest had made before his death. The album, Just You and Me Daddy (1999), was released after Justin Tubb died from a stomach aneurysm in Nashville on January 24, 1998. He was survived by his widow, Carolyn McPherson Tubb.


Both of his sons (two of Ernest's grandsons)—Cary Tubb (died November 27, 2008, survived by older son Bryce and younger son Codee) and his younger brother Zachary Tubb—became musicians. Cary performed around the U.S. and in England. Zachery has released one album.(Info edited from Black Cat Rockabilly, All Music& Wikipedia)