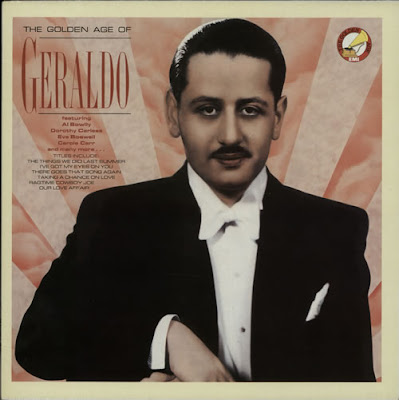 Gerald Walcan Bright, better known as Geraldo (10 August 1904 – 4 May 1974) was an English bandleader. He adopted the name "Geraldo" in 1930, and became one of the most popular British dance band leaders of the 1930s with his "sweet music" and his "Gaucho Tango Orchestra". During the 1940s, he modernized his style and continued to enjoy great success. 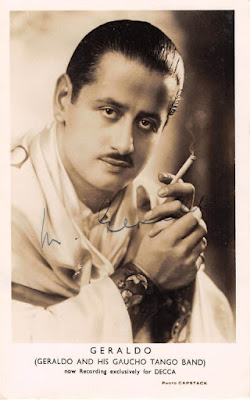 Geraldo was born in London, England. A child prodigy, he received instruction at London's Royal Academy of Music and entered the work force playing piano and organ in movie theatres. At the age of 16 he ran away from home, boarded the HMS Cameronia and sailed to New York City and back as a member of the ship's dance orchestra.
During the early 1920s Bright led a series of little bands, establishing himself at the helm of the St. Anne's-on-the-Sea Hotel Majestic Orchestra for five years beginning in 1925. By August 1930 Bright, after touring Latin America where he absorbed the sounds of the orquesta tipica, opted for a new sound based in a popular dance that was rapidly spreading from Argentina 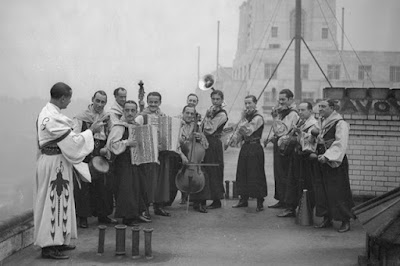 to Europe. He renamed himself and his ensemble the Geraldo Gaucho Tango Band and experienced great success with the public at the Savoy Hotel. Although within three years he had been crowned "Tango King of England", by the late ‘30s the tango motif had receded as Geraldo and his Sweet Music became established as one of England's most accessible dance orchestras. 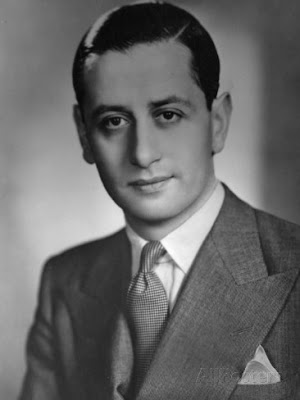 By 1933, he led a more conventional dance orchestra under the tag line 'Geraldo & His Sweet Music'. In addition to his prolific broadcasts for BBC radio and numerous recordings for Decca and Parlophone, Geraldo also sidelined as musical director for Herbert Wilcox's British & Dominions film studio from 1935 to 1940.
During World War II, he took on another job as Supervisor of Bands for ENSA and conducted several tours of Europe, North Africa and the Middle East. His sweet band serenaded British soldiery throughout Europe, North Africa and the Eastern Mediterranean. After the war, he became involved with band management, supplying ensembles (popularly known as 'Geraldo's Navy') to perform on Cunard ocean liners. 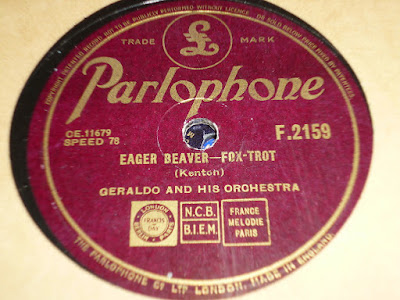 
At the piano sat either Gerald's twin brother Sydney ‘Sid' Bright or Ralph Dallimore, who wrote arrangements for the band as did Birkby, Evans and Stott (better known in the US as Angela Morley). Geraldo's guitarists were Ivor Mairants, Dave Goldberg and Ken Sykora; bassists were Jack Collier and Frank Donnison, and drummers were Maurice Berman and Dougie Cooper. 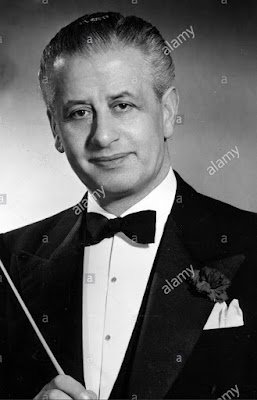 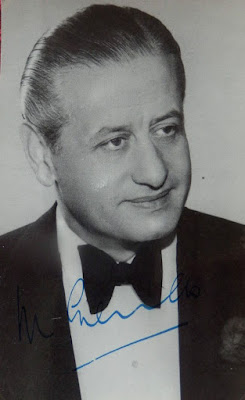 During the 1950s he served as musical director for Scottish TV, where for more than three decades his composition "Scotlandia" was used as theme music. A series of Festival Hall Concerts in 1969 led to a networked television series recalling the heyday of swing music.
Gerald Bright was felled by a heart attack during a vacation in Vevey, Switzerland on May 4 1974. In 1993 a new Geraldo Orchestra, directed by trombonist Chris Dean, toured the UK provinces.

One of the great British dance bands, Geraldo, also in the orchestra is Harry Hayes Alto Sax and Ted Heath on trombone, from the movie We'll Meet Again made in 1942.

For “Geraldo – I Bring To You Sweet Music” go here:

I Bring to You Sweet Music is a detailed 25-track set chronicling the output of sweet bandleader Geraldo (Gerald Bright) for Columbia, Decca, and Parlophone Records. Recorded between 1934-1944, the material lacks the torrid tempos and inventive charts of the better-known swing bands of the era. Still, die-hard collectors will appreciate the contributions of such top British jazz musicians as Ted Heath, Jiver Hutchinson, and Billy Amstell, along with featured vocalists Carole Carr, Cyril Grantham, and Al Bowlly