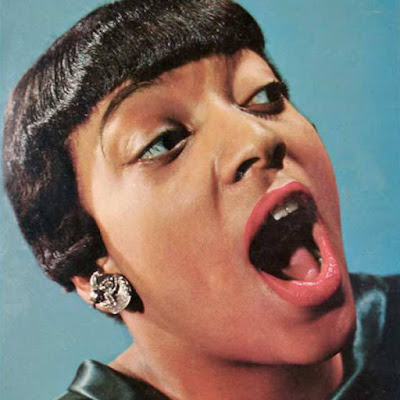 Lorez Alexandria, born Dolorez Alexandria Turner (August 14, 1929 – May 22, 2001), was an American jazz and gospel singer, described as "one of the most gifted and underrated jazz singers of
the twentieth century".


Dolorez Alexandria Turner was born on August 14, 1929 in Chicago, Illinois. Growing up she began singing gospel music in 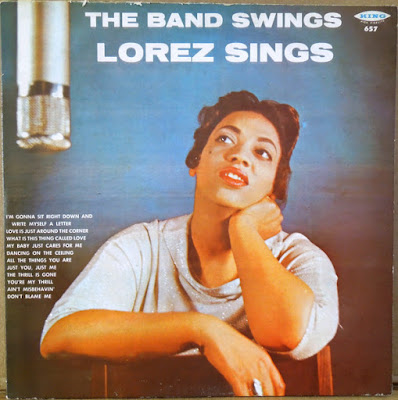 church choirs and travelled throughout the Midwest with a Baptist a cappella group. Later, when she entered the Chicago club circuit, she became a regular performer at venues like the Brass Rail and the Cloister Inn in Chicago, Alexandria became a local favourite and recorded for the first time for several independent local labels, most notably King Records, and later Argo Records.


In 1957, Alexandria was signed to King Records. That year she released her first album This is Lorez with the King Fleming 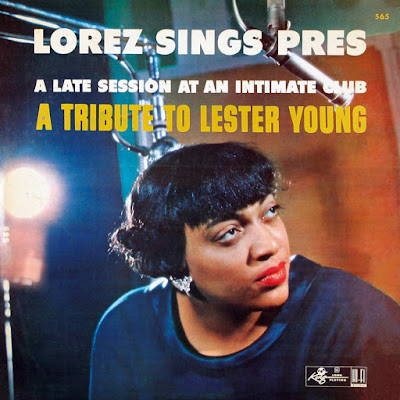 Quartet, followed by Lorez Sings Pres: A Tribute to Lester Young, which was an homage to the legendary tenor saxophonist. With the release of several albums for King during 1957-1959, Alexandria became popular beyond her hometown.


Alexandria went on to collaborate with pianist Ramsey Lewis, with whom she had played as far back as 1958, and some of Count Basie's sidemen, releasing the LP Early in the Morning on Argo in 1960. On the title track, she proves her comfort with the blues, backed up by a rhythm section that creates just enough space for her to fill alongside explosions of blue notes by Lewis on the piano. 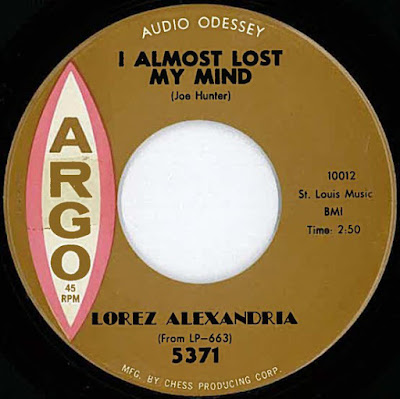 She produced three more LPs on the label – including Sing No Sad Songs for Me in 1961 which featured a full string section, and Deep Roots in 1962, which featured trumpeter Howard McGhee. Her last album for Argo, and the last album that she made in Chicago, For 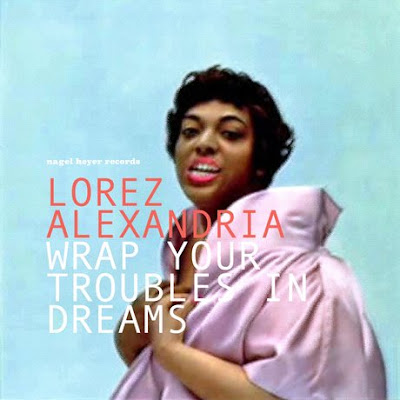 Swingers Only, came out in 1963 before she left the midwest for California.


In 1964 Alexandria moved to Los Angeles in pursuit of further opportunities to perform in clubs and record, quickly becoming a featured vocalist at popular venues that included the Parisian Room and Marla's Memory Lane.Getting signed to Impulse! Records was anticipated to be her jump onto the national stage after seven years of working with independent labels at King and Argo.


Alexandria's 1964 album Alexandria the Great,was  her first on Impulse! Her second album More of the Great Lorez Alexandria, was released later in 1964 and produced by Tutti Camarata. Shortly 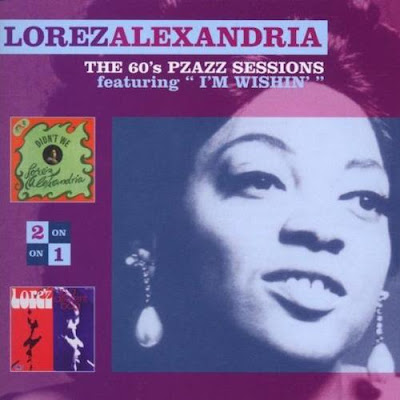 thereafter, though, her relationship with the label ended in the midst of a decision by the headquarters of ABC Records that vocal music should be housed on the pop side of the company. She then had a long period off records (only a few private recordings during the 1965-1976 period).


Beginning in 1978 and continuing until 1993, Alexandria resumed recording, releasing several albums with a number of record labels, including Discovery, Trend and Muse. Between 1980 and 1984, she released a three volume tribute to the composer Johnny Mercer, Sings the Songs of Johnny Mercer, Vol. 1, Vol. 2: Harlem Butterfly, and Vol. 3: Tangerine. 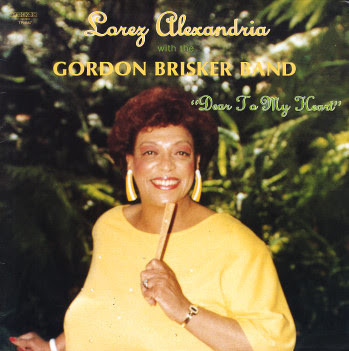 Gordon Brisker, the tenor saxophonist, contributed many of the arrangements for Alexandria's 1987 album Dear to My Heart, released by Trend Records. On this record, Alexandria displayed that she still had the ability to re-imagine well known standards. I'll Never Stop Loving You, her second album released on Muse Records in spring 1992 featured Herman Riley on tenor saxophone and flute and pianist Gildo Mahones, with whom she had collaborated in 1984. On her last album, Star Eyes, released in June 1993, Alexandria was joined by tenor saxophonist Houston Person, guitarist Bruce Forman, pianist Stan Hope, bassist Peter Weiss and drummer Michael Carvin. 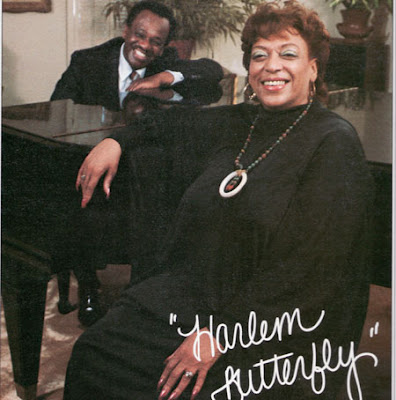 Shortly after Star Eyes was released, she suffered a stroke and never fully recovered. After retiring in Gardena, California in 1996 she told a friend "I'm tired – I've had my day." She died of complications from kidney failure in 2001 at the age of 74, remembered by some as one of the most under-appreciated jazz vocalists of the 20th century. (Compiled from Wikipedia & All Music)

For “Lorez Alexandria – Wrap Your Troubles In Dreams” go here: