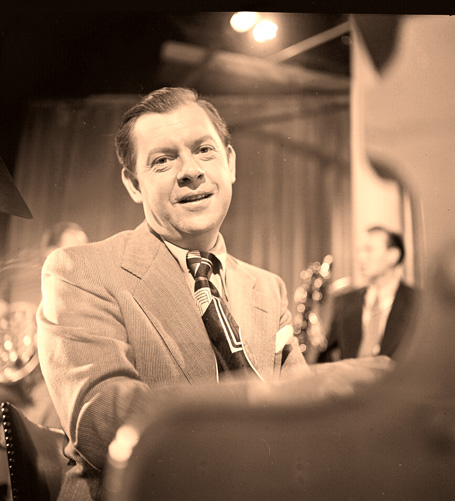 Claude Thornhill (August 10, 1909 – July 1, 1965) was an American pianist, arranger, composer, and bandleader. He composed the jazz and pop standards "Snowfall" and "I Wish I Had You".Although some of his recordings were on the periphery of jazz and his orchestra was at its most popular in the early '40s, Claude Thornhill's main importance to jazz was the influence that 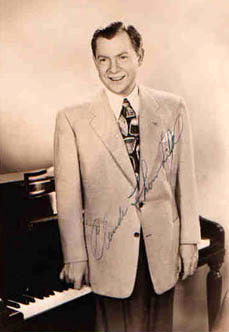 his arrangements and orchestra's sound had on cool jazz of the late '40s.


As a youth, he was recognized as an extraordinary talent and formed a travelling duo with Danny Polo, a musical prodigy on the clarinet and trumpet from nearby Clinton, Indiana. As a student at Garfield High School in Terre Haute, he played with several theatre bands. Thornhill entered the Cincinnati Conservatory of Music at age sixteen.


Thornhill and clarinetist Artie Shaw started their careers at the Golden Pheasant in Cleveland, Ohio, with the Austin Wiley Orchestra. Thornhill and Shaw went to New York together in 1931. Thornhill went to the West Coast in the late 1930s with the Bob Hope Radio Show and arranged for Judy Garland in Babes in Arms.

In 1935, he played on sessions with Glenn Miller, including "Solo Hop", which was released on Columbia Records. He also played with Paul Whiteman, Benny Goodman, Ray Noble, and Billie Holiday. He arranged "Loch Lomond" and "Annie Laurie" for Maxine Sullivan. Although he recorded as a leader in 1937, it was in 1939 he founded the Claude Thornhill Orchestra. Danny Polo was his lead clarinet player. Although the Thornhill band was a sophisticated dance band, it became known for its superior jazz musicians.


The band, featuring long tones played by horns that de-emphasized vibrato, had an unusual sound that sometimes accompanied the leader's tinkling piano. The instrumentation included two French horns and a tuba; sometimes all six of the reeds played clarinets in unison. Although classified by some as a sweet rather than swing band (since the group played a lot of ballads), with the addition in 1941 of Gil Evans as one of the arrangers, the recordings of Thornhill's orchestra attracted a lot of attention in the jazz world. 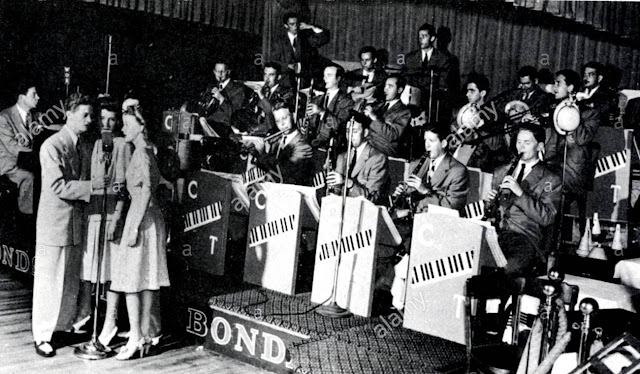 Thornhill encouraged the musicians to develop cool-sounding tones. The band was popular with both musicians and the public. Miles Davis's Birth of the Cool nonet was modelled in part on Thornhill's sound and unconventional instrumentation. The band's most successful records were "Snowfall", "A Sunday Kind of Love", and "Love for Love". 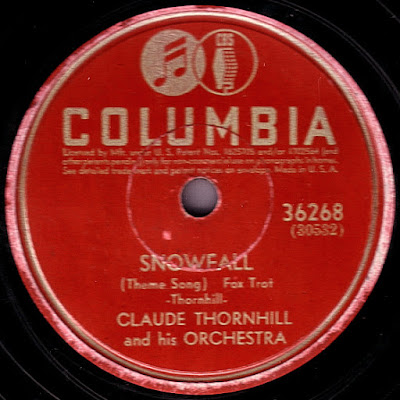 Claude Thornhill's compositions included the standard "Snowfall", "I Wish I Had You", recorded by Billie Holiday and Fats Waller, "Let's Go", "Shore Road", "Portrait of a Guinea Farm", "Lodge Podge", "Rustle of Spring", "It's Time for Us to Part", "It Was a Lover and His Lass", "The Little Red Man", "Memory of an Island", and "Where Has My Little Dog Gone?" 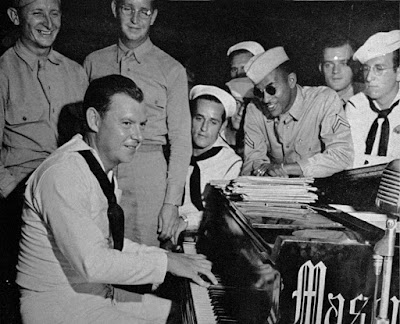 chief musician, he performed shows across the Pacific Theatre with Jackie Cooper as his drummer and Dennis Day as his vocalist. In 1946, he was discharged from the Navy and reunited his ensemble. Danny Polo, Gerry Mulligan, and Barry Galbraith returned with new members, Red Rodney, Lee Konitz, Joe Shulman, and Bill Barber.However, by then the pianist's glory days were over. In the mid 1950s, Thornhill was briefly Tony Bennett's musical director.


He offered his big band library to Gerry Mulligan when Mulligan formed the Concert Jazz Band, but Gerry regretfully declined the gift, since his instrumentation was different. A large portion of his 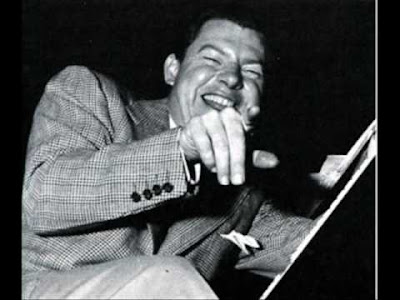 extensive library of music is currently held by Drury University in Springfield, Missouri.


Thornhill continued touring the country, leading bands on a part-time basis playing at college proms and large dance pavilions into the early '60s.  He downsized to a sextet (plus himself) to make a final recording, for Bill Borden's Monmouth-Evergreen label, in 1963. Claude was largely neglected and forgotten during his final 15 years. He died July 1, 1965, Caldwell, NJ, from a heart attack.


In 1984, Claude Thornhill was inducted into the Big Band and Jazz Hall of Fame. (Compiled mainly from Wikipedia & All Music)

Here is an excerpt from the complete 26 minute telecast on The Big Bands (WGN-TV) from early 1965. Thornhill died July 1, 1965 so this is likely his last preserved live performance.

For “Claude Thornhill Orchestra - The Real Birth Of The Cool” go here:

A big thank you to schnick schnack mixmax.blogspot for active link

Thank you for spreading good music !!!