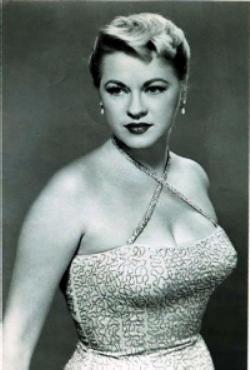 Genevieve Lillian Hering, known by her stage name Jeri Southern, (August 5, 1926 - August 4, 1991) was a jazz pianist and singer.
A converted piano player and vocal coach, Jeri Southern became one of the most underrated jazz vocal interpreters of the 1950s despite a voice regarded as subpar. Transforming a potential failing into her prime strength, Southern was devastatingly effective at 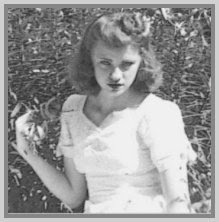 delivering songs charting the downhill romantic life of world-weary everywoman characters. After recording for Decca, Roulette, Capitol and Jasmine during the 1950s though, she abruptly retired after growing tired of the music industry.
Born in rural Nebraska, Jeri Southern played piano by ear at the age of three and began formal lessons three years later. She studied classical piano and voice at a school in Omaha, but after an introduction to jazz at a local nightclub, Southern quickly changed her focus.
After beginning her career at the Blackstone Hotel in Omaha, she joined a United States Navy recruiting tour during World War II. In the late 1940s, she worked in Chicago clubs where she once played piano for Anita O'Day. Convinced to begin singing as well, 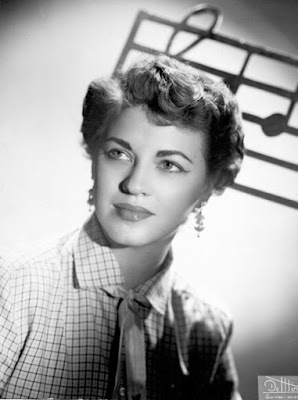 Southern abandoned her classical training and began singing in a voice just several steps removed from her speaking voice.
After signing to Decca in 1951, her first hit, "You Better Go Now," established her style — lyrically focused, somewhat desultory, and definitely lovesick, the style of singing often called (for better or worse) torch songs. Her decidedly unflashy voice lent additional weight to the lyrical concerns of other Southern favourites like "I Don't Know Where to Turn," "Ev'ry Time We Say Goodbye," "Someone to Watch Over Me" and "If I Had You." She also had a moderate hit in 1954 with "Joey." In 1955 her recording of "An Occasional Man", reached #89 in the Billboard pop chart.
The first time Sinatra met Southern he told her she was "just the best, the very best", and apparently hugged her so hard he almost hurt her. Singing aside, Nat King Cole also rated her as one of the great pianists. 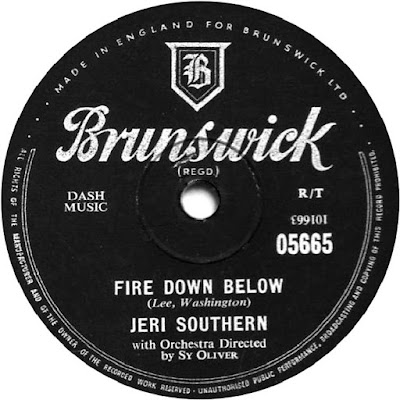 Southern ended up more popular in Britain than the US – American stars almost never travelled to the UK in the 50s, so her stage fright didn't count against her – and she even scored a Top 30 hit in the UK here with “Fire Down Below." The track peaked at #22 in the UK Singles Chart in June 1957. Southern's LPs of the '50s for 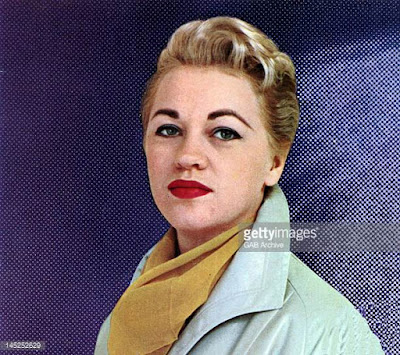 Decca utilized mostly small groups in an era of large orchestras, including top-flight jazz-pop names like Ralph Burns, Dave Barbour and Marty Paich.
After Southern recorded two LPs for Roulette during 1958, she moved to Capitol for her most celebrated album, 1959's Jeri Southern Meets Cole Porter, arranged by Billy May. She recorded only one additional LP for Capitol (live at the Crescendo) before retiring in 1961, after years of paralysing stage fright. Just the thought of going on stage, or seeing her name in lights, made her enormously anxious. Southern hated performing in front of anyone – even her daughter Kathryn had to sneak into the room to hear her 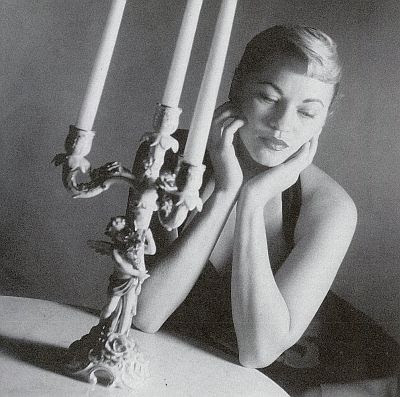 practising Beethoven sonatas and Debussy's Images, while frequently improvising and composing her own melodies.
She married several times, raised a family and worked as a piano/vocal coach in Hollywood . She wrote Interpreting Popular Music At The Keyboard during her final years.
Her last public performance was at the Vine Street Bar And Grill in Los Angeles, where she was persuaded by Anita O’Day to emerge from the audience and play a medley of Jerome Kern songsShe died of pneumonia six months later in Los Angeles of double pneumonia in 1991, at the age of 64, just a day before her 65th 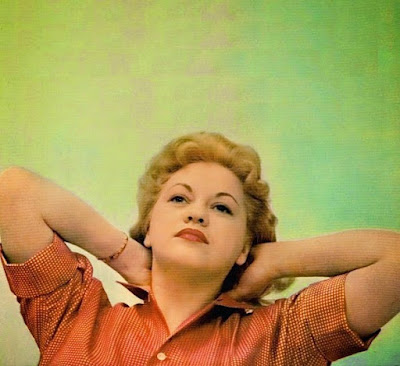 birthday.. She was booked for her first studio time in years at the time of her death.

After she died, jazz promoter and former Chess Records executive Dick LaPalm said: "More people should have known about her. She should have stayed, remained in show business and gotten the recognition she deserved."
(Info compiled mainly from AMG & Wikipedia & the Guardian)

For “Jeri Southern – You Better Go Now / When Your Heart’s On Fire” go here:

If you were to leaf through all the material written about Jeri Southern in the past five years or so by record reviewers, night club critics, newspaper columnists and others, you would notice a constant recurrence of such words as delicacy, sensitivity, taste, subtlety and restraint. And if you find these qualities admirable, then it's a fine experience you have in store as you listen to these lyrical little milestones in Miss Southern's recording career. On some of them she sounds very close to tears, on others she sounds wise and profound and perhaps just a bit cynical. Sometimes she seems like a wistful little girl, and the next minute she's silken and sultry and seductive. The moods are many and complex, and they are all Jeri Southern's. They are all yours too, to share with her here in this album.