Garland Perry "Hank" Cochran (August 2, 1935 – July 15, 2010) was an American country music singer and songwriter. Starting during the 1960s, Cochran was a prolific songwriter in the genre, including major hits by Patsy Cline, Ray Price, Eddy Arnold and others. Cochran was also a recording artist between 1962 and 1980, scoring seven times on the Billboard country music charts, with his greatest solo success being the No. 20 "Sally Was a Good Old 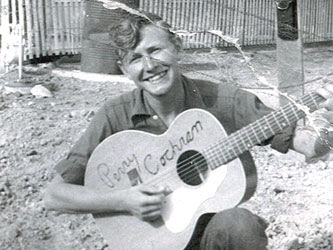 Girl." In 2014, he was inducted into the Country Music Hall of Fame.


Born during the Great Depression in Isola, Mississippi, he contracted pneumonia, whooping cough, measles, and mumps all about the same time at age 2. The doctor didn't believe that he would survive. His parents divorced when he was 9 years old. He relocated with his father to Memphis, Tennessee, but then was put into an orphanage. He was sent to live with his grandparents, in Greenville, Mississippi, after he had run away from the orphanage twice. 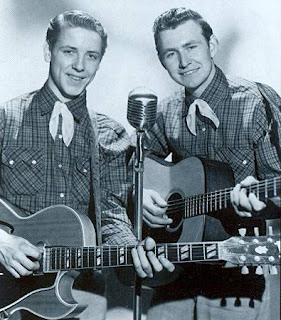 His uncle Otis Cochran taught him how to play the guitar as the pair hitchhiked from Mississippi to south-eastern New Mexico to work in the oilfields. After returning to Mississippi in his teens, he went to California and picked olives. While there he became a habitué of the Riverside Rancho, one of Los Angeles' leading country music nightspots, where he earned a reputation as a competent band musician. For a few years, he partnered Eddie Cochran, with the billing of the Cochran Brothers – though they were not related. 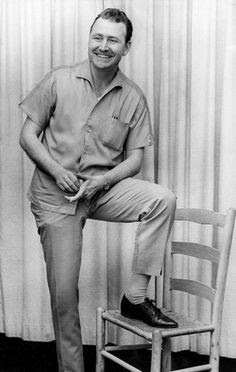 Aged 24 he hitchhiked for Hollywood, but ended up going to Nashville in 1960, and teamed with Harlan Howard to write the song "I Fall to Pieces." It became a major success for Patsy Cline (recorded November 16, 1960), reaching No. 1 on the Billboard country music charts and No. 12 on the Billboard Hot 100 (chart for all music categories). Cline also recorded Cochran's "She's Got You" (recorded December 17, 1961, it was another major hit, No. 1 on the country charts and No. 14 on the Hot 100), and "Why Can't He Be You" (recorded September 5, 1962).
In 1960, he was on a date at a movie theatre when the film inspired him. He left the theatre quickly, and by the time he got home fifteen minutes later had composed "Make the World Go Away." 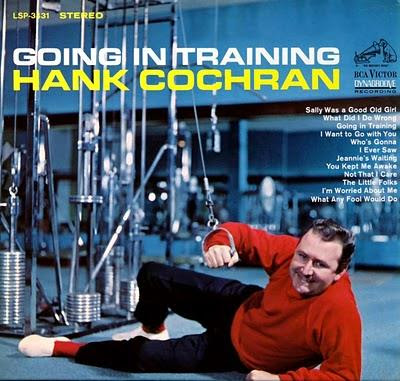 Ray Price recorded the song, and it scored No. 2 on the Billboard country charts in 1963. The next year Eddy Arnold would make the song his signature hit, scoring No. 1 on the country music charts and then in 1965 No. 6 on the overall Billboard Hot 100 charts (his highest rated song ever). Arnold would also record the song "I Want to Go with You".


In 1961 Cochran's A Little Bitty Tear, recorded by Burl Ives, was a top 10 pop hit in both the US and the UK. By the following year, he had established himself firmly with She's Got You and Funny Way of Laughin', another singalong hit for Ives, which won a Grammy for best country and western recording. 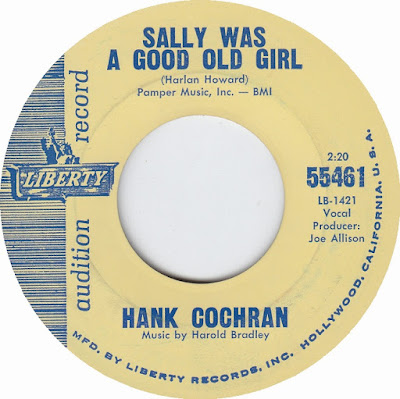 He also wrote songs for George Strait ("The Chair" with Dean Dillon and "Ocean Front Property" with Dillon and Royce Porter), Merle Haggard ("It's Not Love (But It's Not Bad)"), "Don't You Ever Get Tired (of Hurting Me)", a No. 1 scoring record for Ronnie Milsap, and Mickey Gilley ("That's All That Matters").


In the 1970s, now working for the publishing company Tree International, which had acquired Pamper Music, he had further successes with George Jones, including the wry Ocean Front Property and with Vern Gosdin, Mickey Gilley and Loretta Lynn. In 1974, not yet 40, he was voted into the Nashville Songwriters Hall of Fame. In a writing life stretching over more than half a century, he composed more than 550 songs – many of them, he said, conceived while he was driving home from his office.
Throughout that career, he tried to maintain a parallel one as a singer, recording for half a dozen labels, capably but without conspicuous success. Oddly, his best remembered recording was of Sally Was a Good Old Girl, a song that was not his, but Howard's.


In 1978, newly signed to Capitol Records, he produced the album Hank Cochran – With a Little Help from His Friends. Among those 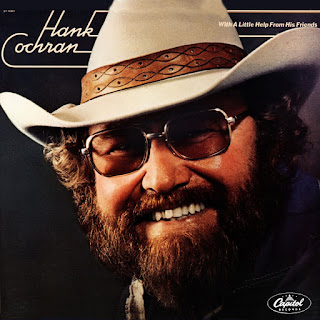 supporters was Nelson, who subsequently got him a part in the country music movie Honeysuckle Rose (1980), enlisted him for his own ... And Friends album and later gave him a hit with a remake of his song Don't You Ever Get Tired? (of Hurting Me) in a duet with Ray Price.
Reaching his 70's Hank was in poor health and was a regular visitor to his local hospital. He had cancerous tumours removed surgically from his pancreas and lymph node at a Nashville hospital in July 2008, and a grapefruit-sized aortic aneurysm removed at a Nashville hospital in April 2010. He died on July 15, 2010, age 74. (Info edited from Wikipedia & the Guardian)
Posted by boppinbob at 02:52

Thanks to original uploader @ You Tube

Thanks to Maria @ El Rancho for active link.