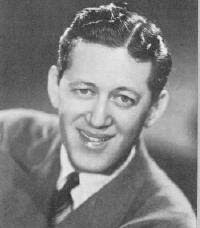 Ziggy Talent (January 25, 1912 - June 25, 1997) ** was a saxophonist and novelty vocalist who performed with Vaughn Monroe's big band from 1940 to 1953. On stage he'd often go on with just the band's rhythm section while Monroe and the rest of the orchestra would take a break. 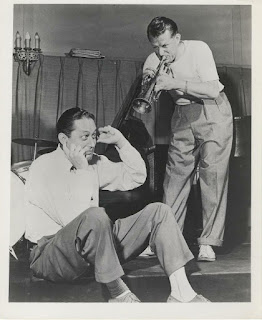 Zigmund Talent was born in Boston, Mass. As a child he sang in choirs and in school glee clubs. His voice he claims, has always been strange, always "high, without touching the beauty of a soprano--sort of a cross between milk and sour cream, like buttermilk."

Though you'd never suspect it, zany Ziggy was a bashful child. Once, at a Sunday family gathering, the kind that are part of New England tradition, the elder Talents called upon their young prodigy to sing. Ziggy obliged, he says, but "from behind the door in the next room, where nobody could see. I was only ten, so I guess I can be excused."

It was at this time that Ziggy got his first saxophone. His brother, Leo, a musician, was playing in a three-piece outfit at a Boston hotel. Leo brought Ziggy along to see the show. "I brought my kazoo with me," reminisces Ziggy, "and while they were doing a number I kazooed along with them. One of the patrons heard me, was curious, and asked Leo about me. Leo told him I was just his kid brother and that I was practicing to be a saxophonist."

Ziggy had no idea at the moment that he would become a saxophonist. But next day, Leo, who had by then become convinced that it might be a good idea, went out and rented an instrument and hired a teacher for his kid brother. "So," cracks Ziggy, "I got a big kazoo with keys, for the small one."

He put his odd, high-pitched and reedy singing voice to good use on several goofy songs over the years, both with Monroe and on his own, including 'Sam, You Made The Pants Too Long', 'The Maharajah of Magador', 'Josephine, Please No Lean On The Bell', and 'Please Say Goodnight To The Guy, Irene'. 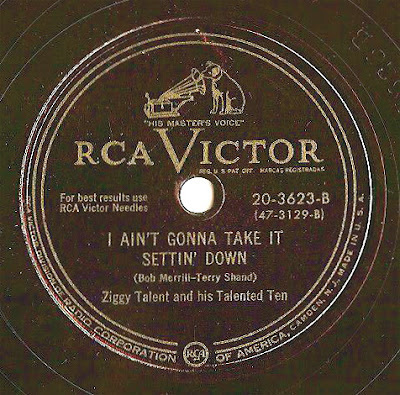 "You wouldn't call it singing. You wouldn't call it a voice. It's a freak. It's God's gift to no man." That's how Ziggy answers you when you ask him about his voice. And he's not kidding. Talent knows well enough that he's no Sinatra, Como, or for that matter, Monroe.  Ziggy may not be a crooner, but his following is almost as fanatic as theirs. 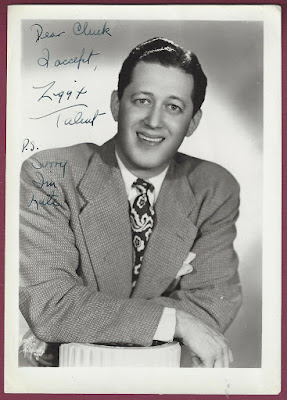 Ziggy recorded on Bluebird then RCA Victor with Vaughn Monroe up to 1950 and by himself 1949 – 1950. He then moved to Decca from 1950 – 1955.  In 1962 Ziggy released  an "updated" version of The Maharajah of Magador on ABC Paramount records, but it never quite reached the "Top 100".
And that dear friends is where Ziggy’s trail goes cold. I cannot find any more information regarding Ziggy’s life until June 25, 1997 when he died in Nassau, New York, USA.

**Many sources give January as Ziggy’s birthday, but IMDb give June. They also they spell his name as Ziggie. and his place of birth as Manchester, New Hampshire, USA, (I am unable to confirm which information is correct, so have gone with majority until other confirmed info available)

Ziggy Talent, accompanied by Vaughn Monroe & His Orchestra, performs the novelty number "I Can't Dance (I Got Ants in My Pants)" from the MGM film "Meet the People" (1944).

Well music lovers I cannot find any compilation of Ziggy’s work. So here is a small selection of recordings I found on the Internet just to highlight his craft. Please note all mp3’s are from various sources and may differ in quality and sound.

So For “Ziggy Talent” go here:

if you can add any to above list please do!