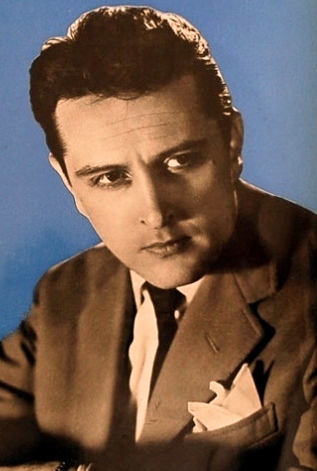 This sailor’s son was born in Cesenatico, a small town in north-eastern Italy. After completing his studies in piano and guitar, he began his professional career as a singer in the Maestro Enzo Ceragioli's orchestra with whom he performed in Italy and all abroad for a few years. 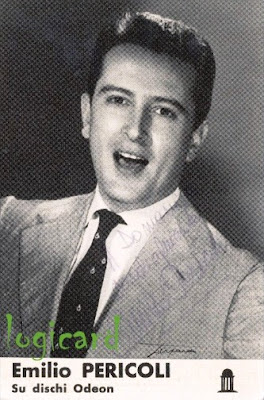 In 1954, he participated in the radio contest "Dieci canzoni da lanciare". The following year, he appeared on
stage with Isa Barzizza's company in the love story "Valentina". He then made his debut as film actor in the film "Il motivo in maschera" by Stefano Canzio. The part was based on a radio game presented by Mike Bongiorno where Pericoli participated as a contestant,.but this did not lead to a full-time acting career.

1959, he signed a recording contract with Dischi Ricordi's label and began his most successful period. He reinterpreted classic Italian songs of the 30s and 40s. These songs were collected on two albums, "Amori d'altri tempi" (1961) and "Amori dei nostri anni ruggenti" which were released the following year with arrangements by Iller Pattacini. 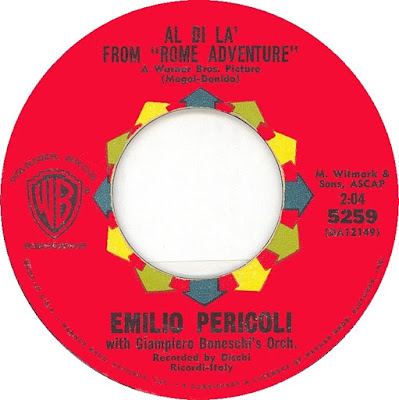 His biggest hit, however, turned out to be a cover version of the Betty Curtis/Luciano Tajoli number "Al Di La", 1961 winner at the San Remo Festival. "Al Di La" was subsequently used by Hollywood as the leitmotif for the Warner Brothers movie Rome Adventure (1962), starring Suzanne Pleshette and Troy Donahue.

Pericoli performed the song with a small combo in a suitably romantic nightclub setting. Resulting airplay in the U.S. moved the song up to sixth in the Billboard’s Hot 100 and 3 on the Adult Contemporary chart along with number 30 in the U.K. It sold over one million copies, and was awarded a gold disc.

In 1962, Pericoli entered the San Remo Festival in collaboration with songwriter Tony Renis and achieved additional fame with his rendition of "Quando, Quando, Quando," featured in the movie The Easy Life. While they didn’t win, his recording went on to become one of his best known. The song would go on to include a songwriting credit for Pat Boone for the English version which was later recorded by Englebert Humperdinck and Michael Buble. 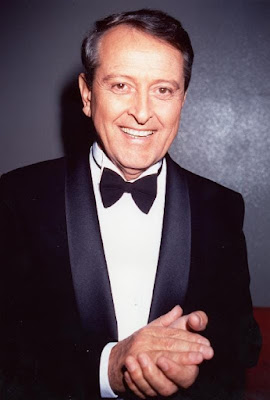 In 1963, Pericoli returned to San Remo with Renis again, with the song "Uno per tutte". He placed among the winners, and won a spot in the 1963 Eurovision Song Contest, where he placed third, behind the winners Grethe and Jorgen Ingmann and runner-up Esther Ofarim.

After recording for a few years with Dischi Ricordi's label, he was put under contract by Warner Bros in the 1960s, where he recorded several singles and albums. He had no further hits in English-speaking territories but Pericoli was still able to rely on ‘Al Di La’ as leverage to gain a New York cabaret season in 1965 as a brief tangent to a career as a television actor. But he continued to record in Italy and appear on Italian TV shows, then faded from the scene. 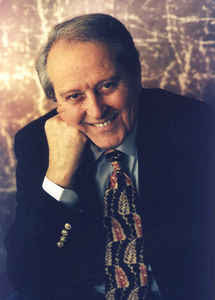 Pericoli, who lived in Gambettola 4, died of natural causes in a hospice at Savignano sul Rubicone  on April 9, 2013.

thanks for this Pericoli collection...was living in San Remo, 62 and 63, saluti...