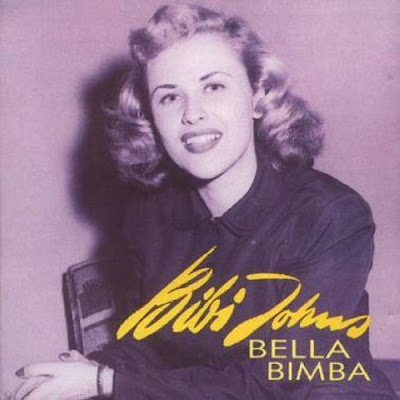 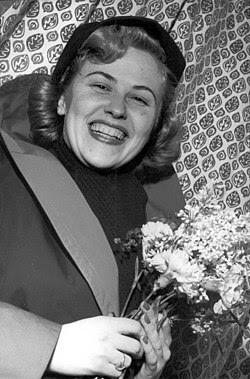 Bibi Johns, the daughter of a haulage contractor, who grew up in the small Swedish town of Arboga, started her musical career at the age of 13, when she won her first singing contest at a Children's Day event.

After finishing school, she applied for an art school to become an advertising artist. In Stockholm she came into contact with the musical show group Vårat gäng , where she debuted in 1946  and then came to tour with for a year and a half. She took singing lessons and toured the homeland as a vocalist with the Swedish jazz bands of Carl-Henrik Norin and later, Thore Swanerud. 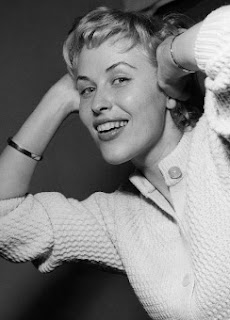 Johns travelled to the U.S. in 1951 and secured a recording contract with RCA Victor through Gordon Jenkins where she got her artist name of Bibi Johns.

She toured the U.S. and was a winner on the television talent show Chance of a Lifetime, then used the prize money to finance her return trip to Sweden. There she met a producer from the German Electrola label who convinced her to cut some German-language recordings for the German market, where "Bella Bimba" and "Gipsy Band" became big hits. She continued to record in Germany and appeared in German movie musicals throughout the '50s 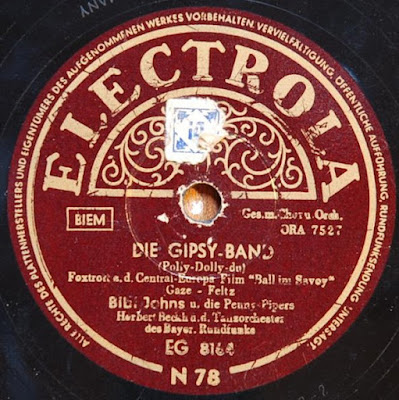 Bibi Johns was the first in the line of Swedish schlagersangerers who made success in Germany, and it is mainly her time in Germany during the 1950s and 60s that gave her fame. 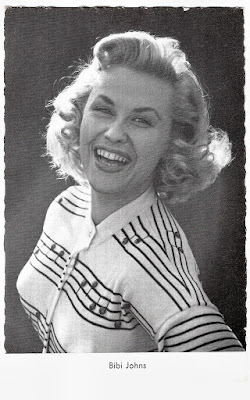 In the early 1960s, she came home to Sweden to tour the public parks and play a revue at Liseberg. At home she now got record successes with songs such as Leka with the fire, the wedding and Bibbi's Bossa Nova.

In the 1970s, Bibi Johns was mostly on television. She moderated her own TV shows like "Do you know Miss Johns", "Too young to be blonde" and "The old wave". During 1970 to 71 she was co-presenter and singer in the 13-part English entertainment series "Rolf Harris Show" at the BBC, London. At home in Sweden, she was the presenter of the Melodifestivalen 1983. 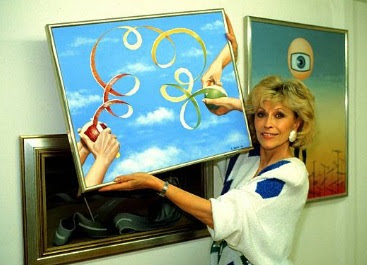 Bibi Johns has also made a career as an artist. In 1975 she started at an art school in Munich and has since had exhibitions in Munich, Cologne, Baden-Baden, Bad Homburg, Hanover and Stuttgart.

Johns was married twice. Once in the 1950s for a short time with an American. Her second husband was the director Michael Pfleghar from 1960 to 1962. Pfleghar was later married to the Danish singer Wencke Myhre. After that, Bibi Johns spent some years with pianist Peter Jaques, with whom she performed together 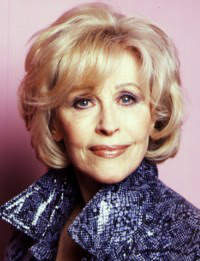 Shortly before her 85th birthday Bibi Johns had released another album, a collection of Swedish folk songs.Although she does not sing anymore, music is still the most important thing in her life, said the election Bavarian, who lives in Pullach near Munich, opposite the German Press Agency. Despite being 90 years old, Bibi Jones still drives a car and loves to talk to friends via computer, even in her native Sweden. 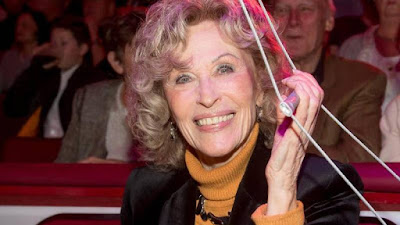 Bella Bimba is the first of five single-disc Bibi Johns collections Bear Family has compiled which, in combination, account for most of her recordings.

Do you still have access to any Jimmy Dickens albums at all? Your links are expired, and the blog you mentioned "El Rancho" appears to be gone... no posts for over a year and his Jimmy Dickens links are also a dead end.

I appreciate whatever you can do.