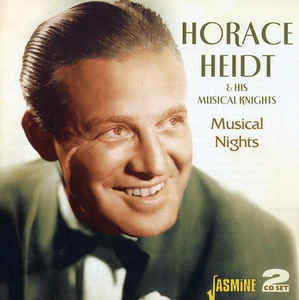 Horace Heidt (May 21, 1901–December 1, 1986) was an American pianist, big band leader, and radio and television personality. His band, Horace Heidt and His Musical Knights, toured vaudeville and performed on radio and television through the 1930s and 1940s.
Born in Alameda, California. He obtained a good education, studied piano as a boy, attended Culver Military Academy and 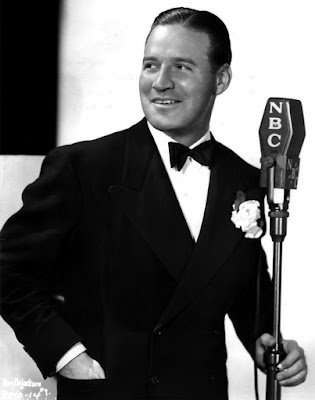 while playing football for the University of California at Berkeley, he sustained a back injury ending his football career. Horace began entertaining playing the piano culminating in the formation of his own band, Horace Heidt and His Californians in 1922. By 1929 the band had achieved national recognition and in the mid 1930’s had its first radio broadcast.
From 1932 to 1953, he was one of the more popular radio bandleaders, heard on both NBC and CBS in a variety of different formats over the years. He began on the NBC Blue Network in 1932 with Shell Oil's Ship of Joy and Answers by the Dancers. During the late 1930s on CBS he did Captain Dobbsie's Ship of Joy and Horace Heidt's Alemite Brigadeers before returning to NBC for 1937-39 broadcasts. 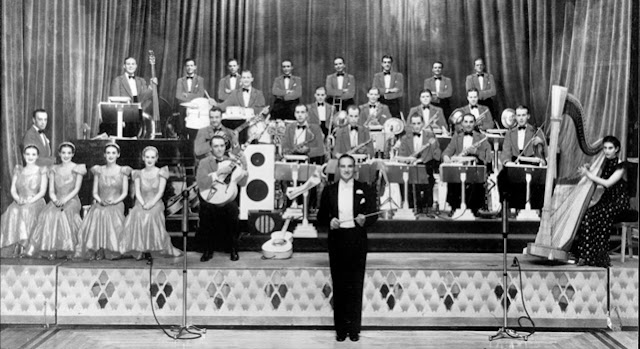 Singer Matt Dennis got his start with Heidt's band, and Art Carney as the band's singing comedian. The Heidt band's recordings were highly-successful with "Gone with the Wind" going to No. 1 in 1937 and "Ti-Pi-Tin" to No. 1 in 1938. In 1939, "The Man with the Mandolin" ranked No. 2 on the charts. 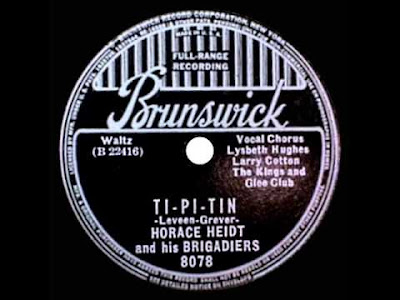 His NBC Pot o' Gold radio show (1939–41) was the basis for a 1941 film of the same title. Produced by James Roosevelt (son of the U.S. president) and directed by George Marshall, the film starred James Stewart and Paulette Goddard, and it featured Heidt portraying himself with his band. Carney can be glimpsed in some of the film's musical numbers. The movie gives a fairly accurate 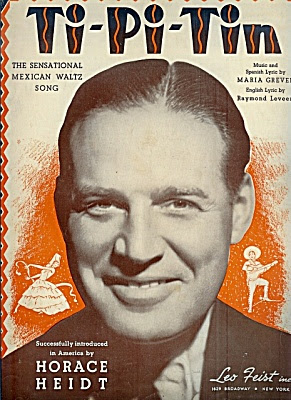 depiction of Heidt's radio show but features staged sequences, such as a scene in which a Minnesota farmer (allegedly phoned at random by Heidt during his radio show) is played by well-known character actor John Qualen.
From 1940–44 he did Tums Treasure Chest, followed by 1943–45 shows on the Blue Network. Lucky Strike sponsored The American Way on CBS in 1953.
On December 7, 1947, NBC launched The Horace Heidt Youth Opportunity Program and accordionist Dick Contino, the first winner of the $5,000 prize, soon had his own show. Heidt's talent search catapulted such performers as Art Carney, Frankie Carle, Gordon MacRae, the King Sisters, Alvino Rey, Frank DeVol and Al Hirt. When the program expanded from radio to television in 1950, it was one of the first talent shows on TV. Other winners included the 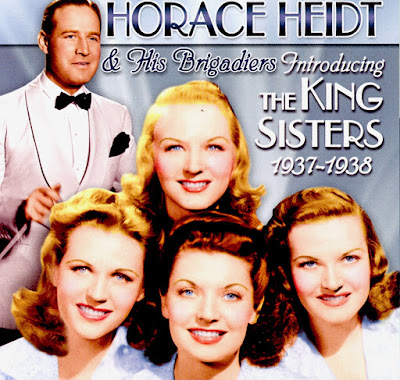 Philharmonics and vocalist Ralph Sigwald.
Heidt was often considered a tyrant by his musicians. He would dismiss almost any one of them in an instant if he felt like it. Alyce King discovered this one night when she knocked over a microphone during a radio program. Heidt's orchestra had been chosen for the show on the strength of King's vocals, and Heidt felt upstaged. He used the opportunity of her clumsiness to fire her. Heidt, however, also encouraged his staff to fraternize. Though designed to promote togetherness the strategy backfired on this occasion. When King left so did all her sisters and their musician boyfriends, including Rey.
With fame, Heidt moved into the then-new Brentwood 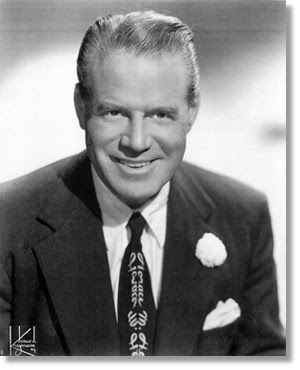 neighbourhood of West Los Angeles at 1525 San Vicente Boulevard. He bought the mansion from the widow of a retired dentist, which offered stunning views of Santa Monica Canyon, overlooking the Riviera Country Club and Catalina Island on a clear day. The expansive chateau-style residence, featured in 1927 on the cover of the rotogravure magazine Pictorial California, has long since been razed and the property subdivided.
Heidt was from his college days an astute show-business entrepreneur making many shrewd investments. He purchased the West Coast Trianon Ballroom booking many famous entertainers including Louis Armstrong and Jack Teagarden. His financial base was involved, diverse and very successful. 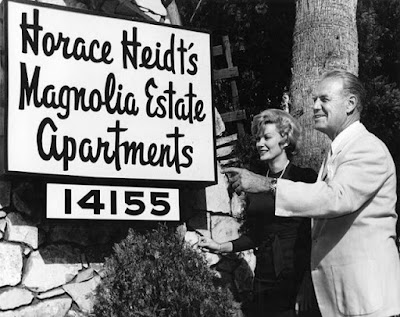 running his ventures. He even started "The Horace Heidt School for Stammering", very relative because he had suffered from this very speech affliction which he corrected by sheer tenacity. Residing in Sherman Oaks, California, he continued operating a real estate business in the San Fernando Valley until his death at age eighty five. Admitted to a Los Angeles hospital, he died from pneumonia complications December 1, 1986.   (Info edited mainly from Wikipedia & Solid!)

With many recordings available on CD for the first time this 2 CD set covers the neglected 1940’s period of the band with some fantastic swing arrangements. Kicking off with the original 1937 recording of "I’ll Love You In My Dreams" which was Heidt’s signature tune.

Bob, it works today and cd 1 also has been downloaded.
Thanks again.