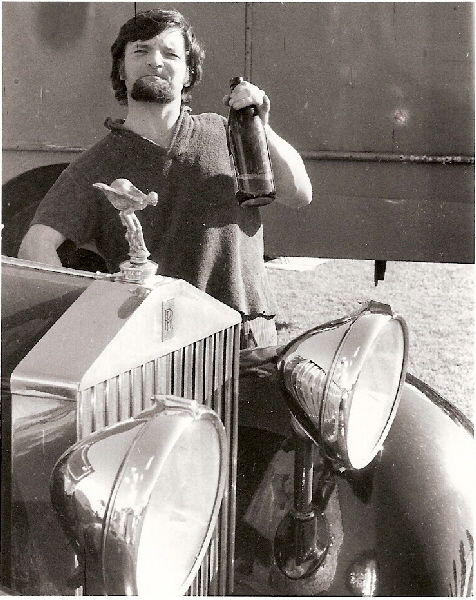 William Charles "Diz" Disley (27 May 1931 – 22 March 2010) was an Anglo-Canadian jazz guitarist, entertainer, and graphic designer. At various times he was a banjoist in traditional jazz bands, a cartoonist for Melody Maker, various national newspapers and on record sleeves, a guitarist of the Django Reinhardt school, and the moving force behind the revival of Stéphane Grappelli's career in 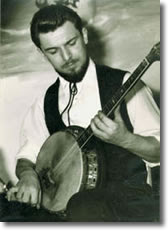 the 1970s.
William Charles Disley was born in Winnipeg on May 27 1931 and brought to Britain at the age of four. He became keen on jazz while studying at Leeds College of Art and took up the banjo, playing with the Rotherham Jazz Hounds and other local bands. In 1949 he joined the Yorkshire Jazz Band, the most prominent revivalist band in the area.
Following National Service, he settled in London in 1953 and joined a series of professional bands, including that of Mick Mulligan, whose vocalist, George Melly, recalled the bearded Disley as having "the face of a satyr on his way to a cheerful orgy". During this period he began producing caricatures of his fellow musicians and cartoons which appeared regularly in the Melody Maker and on a variety of LP covers.
In the middle Fifties he played for bandleaders Ken Colyer, Cy Laurie and Sandy Brown. Having discovered the music of Django 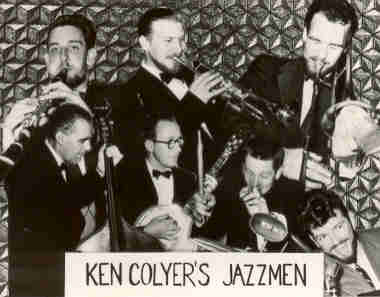 Reinhardt, Disley dropped the banjo in favour of the guitar, on which he developed an impressive technique. He formed a band, the Soho String Quintet, in imitation of the Quintet of the Hot Club of France, which had been co-led by Reinhardt and Grappelli in the 1930s. Disley moved easily into the realms of folk clubs and skiffle music and worked in 1957 with Nancy Whiskey and Bob Cort. He worked occasionally for the BBC, presenting both jazz and pop programmes.
Despite his undoubted achievements in the fields of guitar-playing, band-leading and cartooning, Disley always gave the impression of being on his uppers. Melly observed that he had "a built-in anti-success mechanism", and he certainly had a talent for self-sabotage. He was forever missing appointments, and money seemed to melt away in his hands. 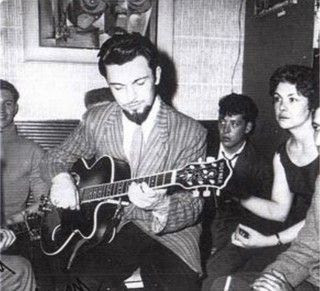 The turn into the Sixties saw him working with bands led by Kenny Ball, Alex Welsh and Dick Charlesworth and he became in demand in the now popular folk clubs. With trad music still thriving, he played in 1962 for Chris Barber and Acker Bilk and toured the Far East with pianist Johnny Parker and singer Beryl Bryden in 1963.


A budding career as a jazz radio presenter was cut short when he was briefly imprisoned for non-payment of bills. In addition, he was afflicted with extreme wanderlust. He would regularly drop everything to join a band in Germany, Denmark or some Middle Eastern outpost. 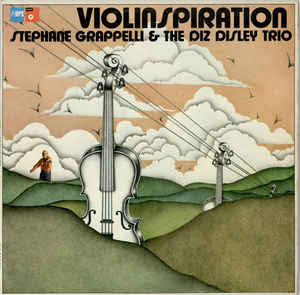 Here's "Love Come Back To Me " from above album.

In 1973 Disley met Grappelli, then aged 65, whose career was not flourishing, and arranged for him to appear at the Cambridge Folk Festival, accompanied by a re-formed Hot Club band, led by Disley himself. The show was a triumph and relaunched Grappelli on the world stage. For the next 10 years, with interruptions, he and Disley toured the world four times, appearing at major venues, 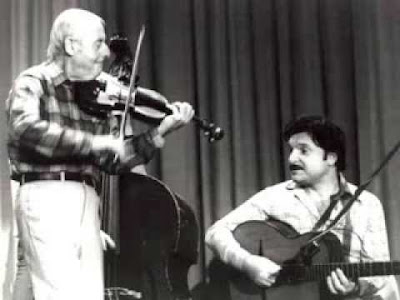 including Carnegie Hall, New York.
In the early 1980s Disley formed a working partnership with the young gipsy guitarist Birelli Lagrene, with whom he again toured the world, and made a return visit to Carnegie Hall. Thereafter he resumed his wanderings. He lived in Spain for some years, opening a jazz club in Almeria in 1988.
Returning to Britain in the 1990s he toured regularly with Dick Laurie's Elastic Band, toured with Johnny Silvo in 2001 and continued to lead his quintet. He free-lanced in Europe and spent several years in Los Angeles where he recorded with the blues saxophonist Big Jay McNeely and country-rockabilly artist Ray Campi. He also painted several now sought-after portraits of jazz greats, including Illinois Jacquet, in the style of the cubists.
In his final years of playing he used a cheap and inferior guitar that he coupled to an amplifier left here many years ago by the

American guitarist Al Casey. The BBC had paid national insurance on Disley's behalf during the comparatively brief period he had worked for it. But otherwise the guitarist had made no provision for his old age and when he became ill in his last years he was impoverished and penniless. He spent the last two years in a home for old people and early during 2010 Disley's health took a serious turn for the worse, and he was admitted to the Royal Free Hospital, Hampstead, on 2 February. He died on 21 March 2010.
(Info edited from The Telegraph & Independent obits)

Here’s a great BBC compilation of British jazz including 4 tracks by the Diz Disley Quintet. I also found 5 tracks by Diz that I’ve added as bonus tracks.

For “The Best Of British Jazz From The BBC Jazz Club- Vol.9” go here:

Tracks 15-16 Mick Mulligan and his Band

A big thank you to egroj @ egroj world blog for original link.