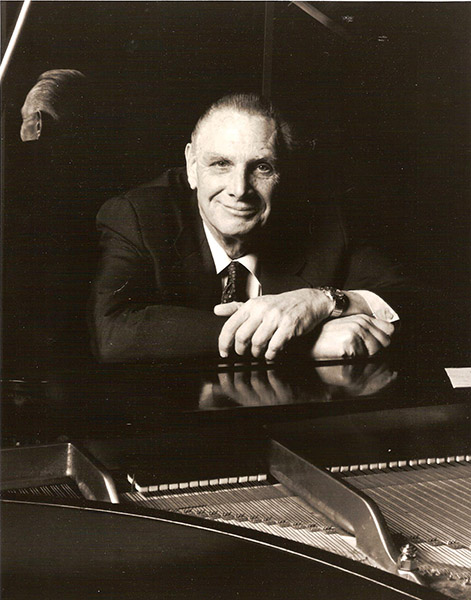 Dave McKenna (30 May 1930 – 18 October 2008, Woonsocket, Rhode Island) was an American jazz pianist. Known primarily as a solo pianist and for his distinctive "three-handed" swing style, he was a significant figure in the evolution of jazz piano.
Although he was constantly showered with compliments, the jazz pianist Dave McKenna tended to shrug off praise, saying: "I [only] play saloon piano - I just like to tool along and keep close to the melody." Others knew better, rating him among the best swing 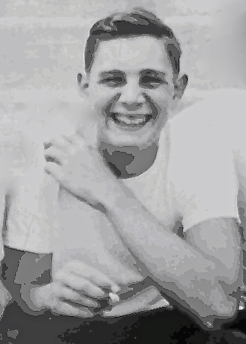 pianists of his generation, with a distinctive touch and a gift for uplifting rhythmic momentum. Tall, well-built and rangy, with big hands, McKenna liked to create elaborate improvisations on old standards, marked by rumbling, crab-like left-hand patterns and clever harmonic choices, but always with a driving undertow. The New Yorker critic Whitney Balliett called him "one of the hardest swinging pianists of all time".
Described as "the quiet man of the keyboard" because of his humility and affable, if laid-back, character, McKenna could give the impression he was reluctant to step into the limelight, often saying he would prefer to be at home watching his beloved Boston Red Sox baseball team on the television. Although schooled in the jazz combos and big bands of his youth, McKenna was, by nature and inclination, a solo performer and built a reputation as a player who mostly preferred his own musical company, once saying: "It's easier to get a gig that way."
McKenna was born in Woonsocket, Rhode Island, where his father drove a parcel-post truck and played drums as a hobby; his mother, Catherine, was an excellent pianist and violinist. Two sisters became singers. Although largely self-taught and self-confessedly a poor reader, McKenna did receive a few months of instruction from a local classical tutor. "The lessons I had didn't take too well," he told Jones. McKenna's main source of instruction came from listening to the radio and to recordings by favourites such as Nat King Cole and Teddy Wilson. This evidently paid off; at the age of only 12, he began to play for local weddings and dances.
After joining the musicians' union when he was 15, McKenna 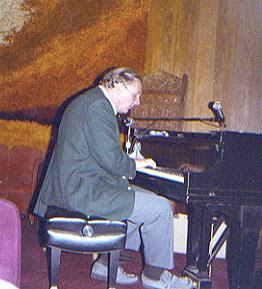 worked around Boston with a group led by star altoist Boots Mussulli, before leaving home in 1949 with Mussulli to join tenor-saxophonist Charlie Ventura's ensemble, with whom he made his first recordings. He moved on to Woody Herman's big band in 1950 for a year, playing alongside other new stars such as trumpeters Conte Candoli and Neal Hefti. He confessed to Balliett: "I was a disgraceful, drunken kid and Woody should have fired me. But the army solved that." The US Army may have straightened him out personally, but it did little to assist his musical aspirations, posting him to Korea as a cook for 18 months.
His service done, McKenna rejoined Ventura in 1953 and then worked his way through a series of groups fronted by the best tenor-saxophonists of the day, including Zoot Sims, Al Cohn and the steely Stan Getz. He took time out to tour with drum star Gene Krupa's quartet and with Buddy Rich in 1960. 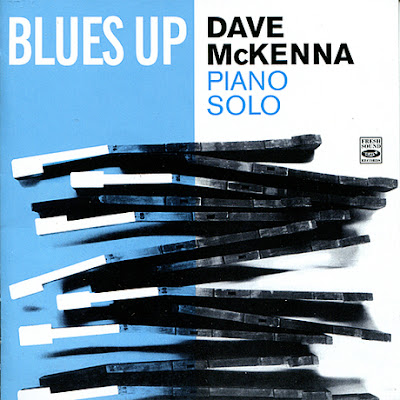 Here's "Limehouse Blues" from above album.
Never a modernist, McKenna later chose to play more traditional music with trumpeter Bobby Hackett and with guitarist Eddie Condon at Condon's New York club. It was Hackett, a New Englander, who inspired McKenna to move his family to Cape 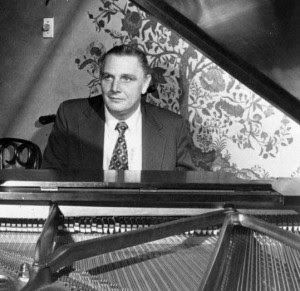 Cod, Massachusetts, in 1967, after years of living in New York hotels and rackety apartments.
Still happy to play jazz festivals and to make short tours, including a well-received first visit to Britain with Wilber in 1978, McKenna settled into a life of solo residencies and was often cited as "one of New England's best-kept secrets". His base for nine years was the Plaza Bar in Boston's posh Copley Plaza hotel. Even so, discerning critics (and record companies) knew his worth, and he recorded for (and sometimes toured with) the Concord Jazz All-Stars and groups led by Herman or cornettist Ruby Braff, before making his way back to his safe haven, the piano bars of New England.
For a man who "didn't have any particular ambition", McKenna's recorded legacy is substantial, running to well over 50 albums, many on the Concord label, covering solo, duo, trio and quartet sessions, as well as all-star line-ups fronted by Braff, Hackett, Herman and tenor saxophonist Scott Hamilton.
Life was pleasant for a few years for Dave, but then illness forced him into retirement. He first moved to Providence to be closer to the hospitals, and for the last year of his life, he moved to State College, Pennsylvania to be close to his son Stephen. 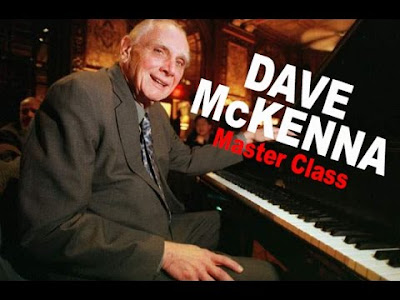 Dave McKenna died from lung cancer on October 18, 2008; his wife, who had moved back to North Carolina, passed away only three months later on January 28, 2009.
(Info edited mainly from obit by Peter Vacher for the Guardian)

Dave McKenna made a remarkably piano solo debut in 1955 with the fifteen tunes he recorded for ABC Paramount (1-15). The remaining tracks on this compilation also come from a solo album, one he cut almost eight years later for the label Realm. Playing without a rhythm section, a key challenge for a jazz pianist, McKenna accomplished a recital of lasting value and pleasure. He plays with strength, individuality, fine beat and technique, and constant taste in all tempos. He is a wonderfully co-ordinated two-handed pianist.