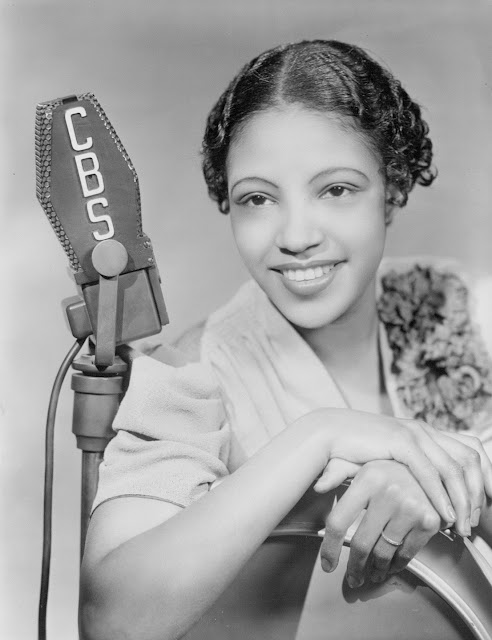 Maxine Sullivan (May 13, 1911 – April 7, 1987), born Marietta Williams in Homestead, Pennsylvania, was an American jazz vocalist and performer.
As a vocalist, Maxine Sullivan was active for half a century, from the mid-1930s to just before her death in 1987. She is best known for her 1937 recording of a swing version of the Scottish folk song 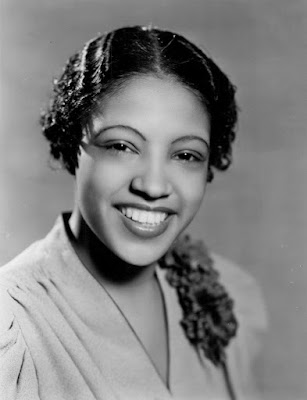 "Loch Lomond". Throughout her career, Sullivan also appeared as a performer on film as well as on stage. A precursor to better-known later vocalists such as Ella Fitzgerald, Billie Holiday, and Sarah Vaughan, Maxine Sullivan is considered one of the best jazz vocalists of the 1930s.
Sullivan began her music career singing in her uncle's band, The Red Hot Peppers, in her native Pennsylvania, in which she occasionally played the flugelhorn and the valve trombone, in addition to singing. In the mid 1930s she was discovered by Gladys Mosier (then working in Ina Ray Hutton's big band). Mosier introduced her to Claude Thornhill, which led to her first recordings made in June 1937. Shortly thereafter, Sullivan became a featured vocalist at the Onyx Club in New York City. During this period, she began forming a professional and close personal relationship with bassist John Kirby, who became her second husband in 1938. 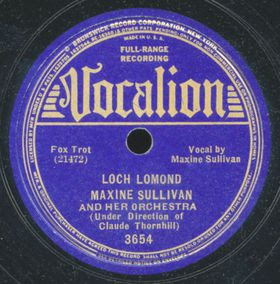 Early sessions with Kirby in 1937 yielded a hit recording of a swing version of the Scottish folk song "Loch Lomond" featuring Sullivan on vocals. This early success "branded" Sullivan's style, leading her to sing similar swing arrangements of traditional folk tunes mostly arranged by pianist Claude Thornhill, such as "If I 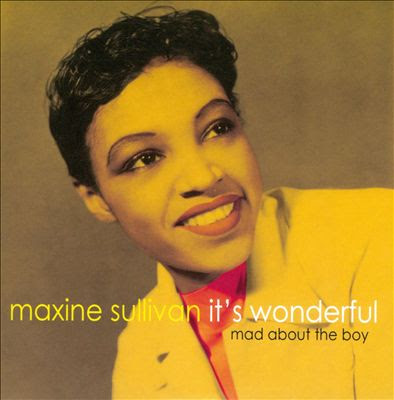 Had a Ribbon Bow" and "I Dream of Jeanie". Her early popularityalso led to a brief appearance in the movie Going Places with Louis Armstrong.
In 1940, Sullivan and Kirby were featured on the radio program Flow Gently Sweet Rhythm, making them the first black jazz stars to have their own weekly radio series. During the 1940s Sullivan then performed with a wide range of bands, including her husband's sextet and groups headed by Teddy Wilson, Benny Carter, and Jimmie Lunceford. Sullivan performed at many of New York's hottest jazz spots such as the Ruban Bleu, the Village Vanguard, the Blue Angel, and the Penthouse. In 1949, Sullivan appeared on the short-lived CBS Television series Uptown Jubilee, and in 1953 starred in the play, Take a Giant Step. 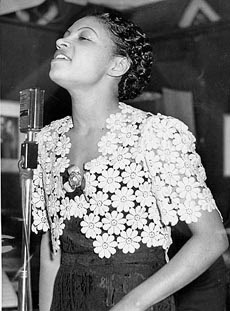 In 1956, Sullivan shifted from her earlier style and recorded the album A Tribute to Andy Razaf; originally on the Period record label, the album featured Sullivan's interpretations of a dozen tunes featuring Razaf's lyrics. The album also highlighted the music of Fats Waller, including versions of "Keepin' Out of Mischief Now", "How Can You Face Me?", "My Fate Is in Your Hands", "Honeysuckle Rose", "Ain't Misbehavin'", and "Blue Turning Grey Over You". Sullivan was joined by a sextet that was reminiscent of John Kirby's group of 15 years prior, including trumpeter Charlie Shavers and clarinettist Buster Bailey.
From 1958 Sullivan worked as a nurse before resuming her musical career in 1966, performing in jazz festivals alongside her fourth husband Cliff Jackson, who can be heard on the 1966 live recording of Sullivan's performance at the Manassas Jazz Festival. 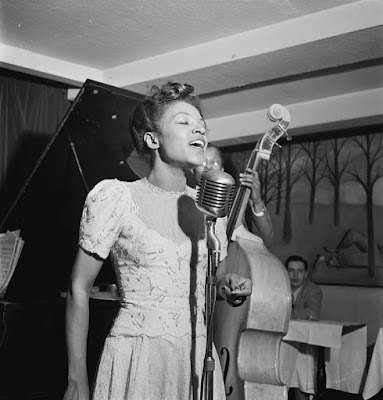 Sullivan continued to perform throughout the 1970s and made a string of recordings during the 1980s, despite being over 70 years old. She was nominated for the 1979 Tony Award for Best Featured Actress in a Musical (won by Carlin Glynn) for her role in My Old Friends, and participated in the film biography Maxine Sullivan: Love to Be in Love, shortly before her death.
In her later concert appearances she travelled to France for several performances in 1984 and to Sweden many times beginning in 1975 and ending in 1984. Maxine Sullivan died in April of 1987 after suffering a seizure for which she was hospitalized in new York and did not recover. This was a little more than one month 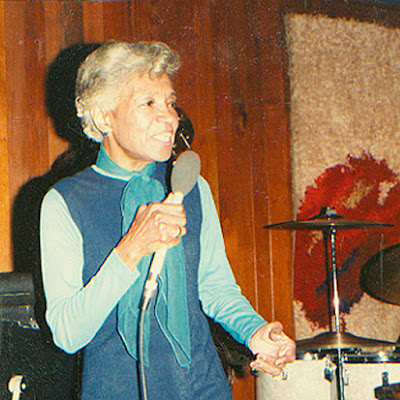 short of her 76th birthday and just 8 months after her last recorded concert appearance. The last song she performed at the Fujitsu – Concord Jazz Festival and her last performance on record…was Loch Lomond. She was posthumously inducted into the Big Band and Jazz Hall of Fame in 1998.

Sullivan married four times; her second husband was the band leader John Kirby (married 1938, divorced 1941), while her fourth husband, whom she married in 1950, was the stride pianist Cliff Jackson, who died in 1970. She had two children, Orville Williams (b. 1928) and Paula Morris (b. 1945).
(Info mainly Wikipedia)

The late, great Maxine Sullivan in 1986 with Scott Hamilton on tenor.

For “Maxine SULLIVAN - Say It With A Kiss” go here:

Love these historical posts. Thanks Bob.

Link is good for seven days.

Hello Count Busy and thank you. I did spot a few Maxine Chronologicals on the web, but alas no active links. So this is a bonus.
Cheers, Bob