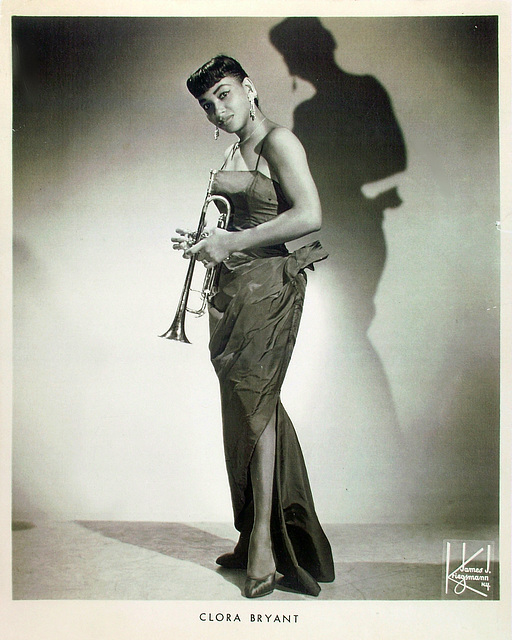 Clora Bryant (born May 30, 1927, in Denison, Texas) is an American jazz trumpeter who remains a sadly under-recognized musical pioneer. The lone female trumpeter to collaborate with Charlie Parker and Dizzy Gillespie, played a critical role in carving a place for women instrumentalists in the male-dominated world of jazz, over the course of her decades-long career proving herself not merely a novelty but a truly gifted player regardless of gender. 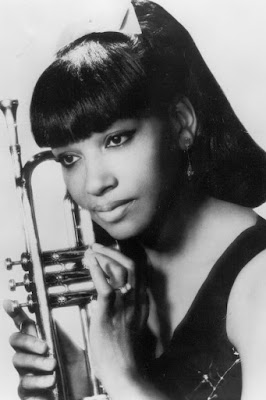 Born May 30, 1927, in Denison, TX, Bryant grew up with jazz and music. She recalls that her earliest experience with music was at as age five when she and her brother, Mel Bryant, were taught the piano. At her local church, she sang in the children's choir, and with a radio she often listened to the jazz of the time like Louis Armstrong, Fats Waller, Andy Kirk, Duke Ellington, and Count Basie. Her older brother, Fred Bryant, had played the trumpet until he was drafted into service for World War II in 1941.
With her brother leaving behind his trumpet, she learned the chords of a trumpet from her uncle. By the time she went to high school, she had joined her school band and was focused on music. She proved so proficient that she won music scholarships to Bennett

College and Oberlin, instead opting to attend the Houston-area Prairie View College, joining its all-female swing band, the Prairie View Coeds.
The group toured across Texas, in the summer of 1944 mounting a series of national dates that culminated at New York City's legendary Apollo Theater. Although one of the band's lead soloists, Bryant nevertheless transferred to UCLA in late 1945 after her father landed a job in Los Angeles; there she first encountered the fledgling bebop sound, and began jamming with a series of small groups in the Central Avenue area. 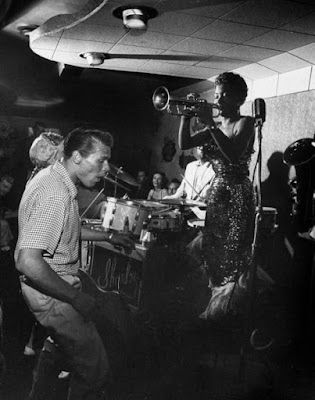 In the summer of 1946 Bryant joined the all-female Sweethearts of Rhythm, earning her union card and quitting school soon after. Around this time she befriended Gillespie, who not only offered her opportunities to perform with his band but also served as Bryant's mentor for the remainder of his life. When the Queens of Swing lost their drummer, Bryant rented a drum kit and won the job, touring with the group until 1951, at which time she returned to L.A. and to the trumpet, backing Billie Holiday and Josephine Baker during their respective performances at the Club Alabam. She relocated to New York City in 1953, gigging at the Metropole and appearing on several television variety shows. 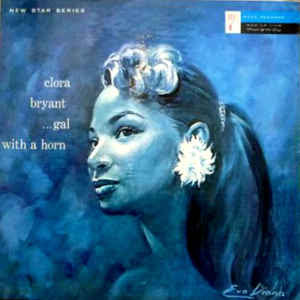 Here's "This Can't Be Love" from above album.
She even toured Canada, but ultimately returned to southern California in 1955, two years later cutting her sole headlining LP, Gal With a Horn, issued on the tiny Mode label. Bryant spent the remainder of the decade on the road, with long engagements at 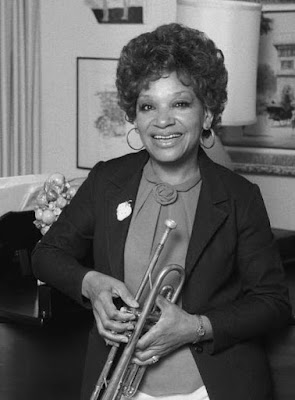 clubs in Canada, Chicago, and Denver. She also played Las Vegas opposite Louis Armstrong and Harry James. While performing with James, Bryant caught the attention of singer Billy Williams, joining his touring revue and backing him during a showcase on The Ed Sullivan Show. In 1960, she also appeared in the Sammy Davis, Jr. motion picture Pepe.
After quitting Williams' band in 1962, Bryant again returned to Los Angeles, teaming with vocalist brother Mel to put together a song-and-dance act. The duo toured the globe for well over a decade, even hosting their own television show during a lengthy engagement in Melbourne, Australia. In the late '70s, Bryant replaced the late Blue Mitchell in Bill Berry's big band, but after several years out of sight she made international headlines in 1989 after accepting Soviet leader

Mikhail Gorbachev's invitation to play five dates in the U.S.S.R., becoming the first female jazz musician to tour the Communist 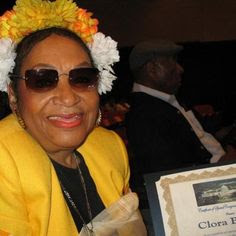 nation.
A 1996 heart attack and subsequent quadruple bypass surgery rendered Bryant unable to continue her career as a trumpeter, but she continued to sing, at the same time beginning a new career on the lecture circuit, discussing the history of jazz on college campuses across the U.S. Honored by Washington, D.C.'s Kennedy Center for the Performing Arts with its 2002 Mary Lou Williams Women in Jazz Festival Award, Bryant was again celebrated with the 2004 release of Trumpetistically, a documentary profile that took filmmaker Zeinabu Irene Davis some 17 years to complete. (Info edited mainly from All Music and a tad from Wikipedia)

Thank you to Egroj Jazz @ egrojworld blog for active link.

BlueHost is ultimately one of the best web-hosting provider with plans for all of your hosting requirements.