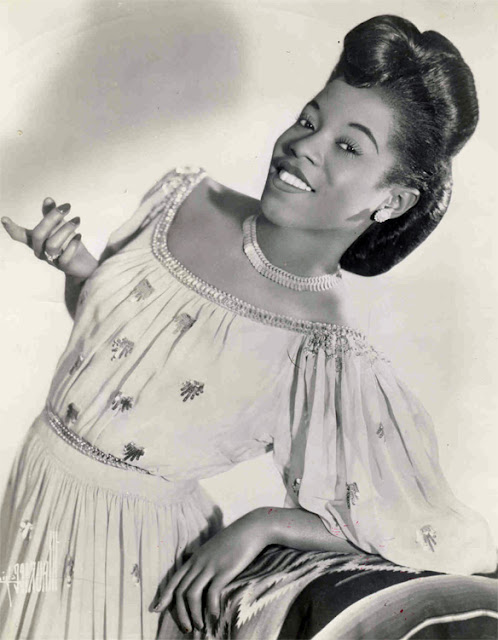 Marie Knight (June 1, 1925 – August 30, 2009) was an American gospel and R&B singer.
She was born Marie Roach was born June 1, 1925, in Brooklyn, N.Y. and raised in Newark, N.J. When she was 5, her parents lifted her up on a table during a church service to sing "Doing All the Good We Can." By 9, she was a soloist in her church youth choir and taught herself to play piano. With a voice that one recent 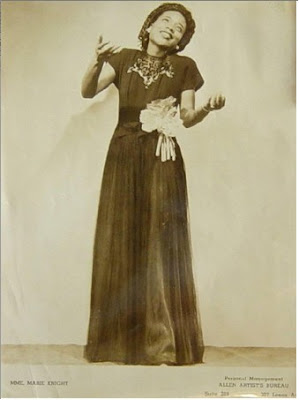 reviewer described as "a natural wonder, an unadorned, powerful instrument," Knight began her career touring the national gospel circuit as a singer in 1939 with evangelist Frances Robinson.
On Dec. 25, 1941, she married Albert Knight, a Corpus Christi, Tex., preacher, after a four-day romance. They divorced eight years later, because Ms. Knight said she was more interested in a musical career than being a preacher's wife.
In 1946, she made her first recordings, for Signature Records, as a member of The Sunset Four. Shortly afterwards, Sister Rosetta Tharpe saw her singing at the Golden Gate Auditorium in Harlem, on a bill with Mahalia Jackson, and invited Knight to join her on tour. Tharpe recognized "something special" in Marie's contralto voice. Knight continued to 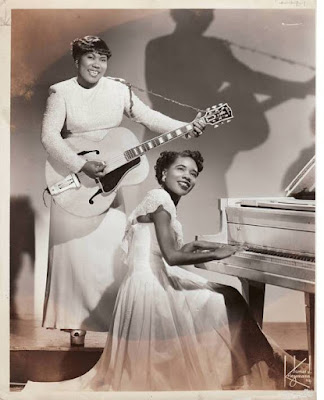 record and perform with Tharpe through the 1940s, sometimes acting out the parts of "the Saint and the Sinner", with Tharpe as the saint and Knight as the sinner.
Among their successes were the songs "Beams of Heaven", "Didn't it Rain", and "Up Above My Head", recorded for Decca Records. "Up Above My Head", credited jointly to both singers, reached # 6 on the US R&B chart at the end of 1948, and Knight's solo version of "Gospel Train" reached # 9 on the R&B chart in 1949. It was during that same year Marie’s two children and Ms. Knight's mother, were killed in a Newark fire in 1949 while Marie was touring in California with Tharpe.
She left Tharpe to go solo around 1951, and put together a backing 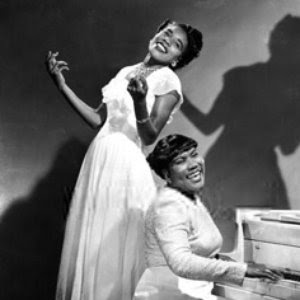 group, The Millionaires (Thomasina Stewart, Eleonore King and Roberta Jones), with whom she recorded the 1956 album Songs of the Gospel. She also began recording secular R&B music in the late 1950s, for various labels including Decca, Mercury, Baton, Okeh, Diamond and Addit. Her duet with Rex Garvin, credited as Marie & Rex, "I Can't Sit Down" released on the Carlton label, reached # 94 on the pop chart in 1959.
In the late 1950s she also toured Britain as a guest of Humphrey Lyttelton. In 1961 she recorded the single "Come Tomorrow", which was later a hit for Manfred Mann. 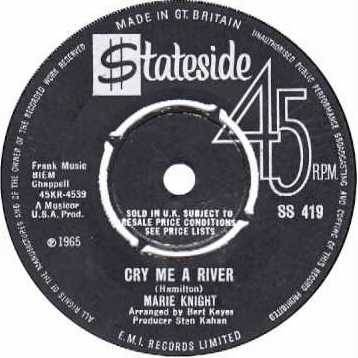 Knight's version of "Cry Me a River" reached # 35 on the U.S. Billboard R&B charts in 1965. She toured with Brook Benton, the Drifters, and Clyde McPhatter, and regularly reunited onstage with Rosetta Tharpe. She remained friends with Tharpe, and helped arrange her funeral in 1973. 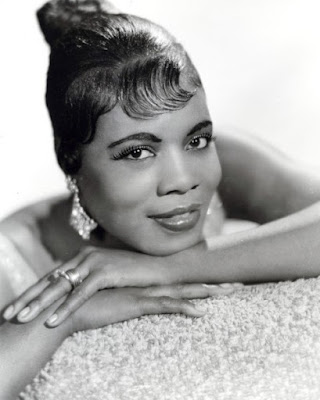 In the 1970's Marie rededicated herself to Gospel music and became a minister at the Gates of Prayer Church in New York City. In 1975, having given up performing secular music, she recorded another gospel album, Marie Knight: “Today” and in 1979 Savoy Records released “Lord, I’ve Tried.”
In 2002, Knight made a comeback in the gospel world, recording for a tribute album to Tharpe. In 2007, M.C. Records released Knight's first full-length recording in more than two decades, the critically acclaimed "Let Us Get Together," featuring the gospel songs of the Rev. Gary Davis, with Larry Campbell, a guitarist who has toured extensively with Bob Dylan, playing all of the stringed instruments. Reviewers praised her powerful and spirit-lifting vocals.
During January 2009, a month before Knight developed pneumonia, she and her manager Carpentieri were recording an interview for the BBC in New York City. Knight was as vibrant as ever, saying to Carpentieri, "Mark, when are you going to get me some work?" 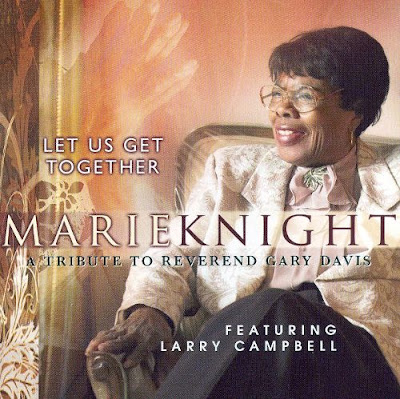 She died at a nursing home in Harlem in New York City of complications from pneumonia, on August 30, 2009. She was 84. (Info mainly from Wikipedia)

For “The Story of Marie Knight” go here:

A big thank you to Jake @ Jukebox City blog for active link.