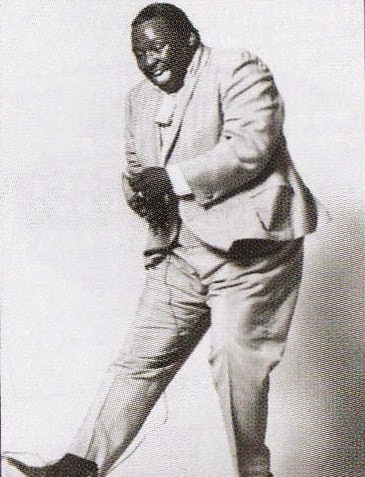 Jerome Louis Jackson, known as J.J. Jackson, (born 8 April, 1941*, Brooklyn, New York, USA) is an American soul/R&B singer, songwriter, and arranger. His singing style is as a belter. He is one of the most interesting obscure figures of '60s soul.
Exactly how and when Jerome Louis Jackson became "J. J." is unclear, but he started recording with a group called The Jackaels around 1961, and wound up at the New York independent label 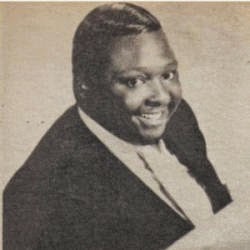 Calla in the middle Sixties. Jackson started out as a songwriter and arranger for "Brother" Jack McDuff, Jimmy Witherspoon, and the Shangri-Las, among others. His song writing credits include "It's Easier to Cry" for the Shangri-Las, released as the B-side to "Remember (Walking in the Sand)" in 1964, and the Pretty Things' 1966 hit single, "Come See Me."
He is perhaps best known for the soul hit "But It's Alright", which, after its 1966 release as the B-side of the single "Boogaloo Baby", became one of the best known dance music tunes of the decade, reaching No. 22 on the Billboard chart. 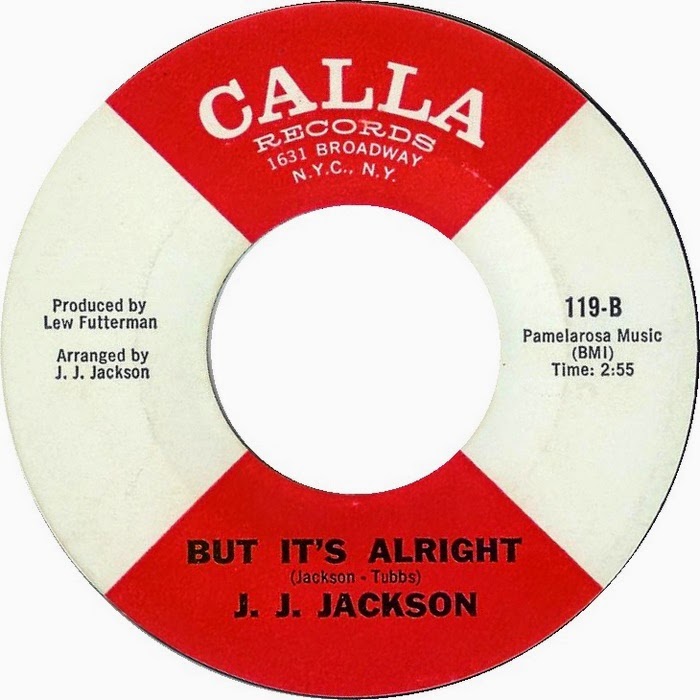 The single was recorded in the United Kingdom, featuring some of Britain's top jazz musicians of the day, including Terry Smith on guitar, Dick Morrissey on tenor sax and John Marshall on drums, and who would later make up his backing band for the following two albums (one of which was also titled "But It's Alright"). In 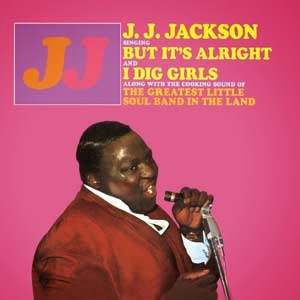 1969, Warner Bros. Records re-released "But It's Alright" as a single after he signed with them. The single peaked at No. 45 on Billboard when it re-entered the chart on March 29, 1969.
Jackson -- a mammoth, nearly 300-pound man who also played organ -- was a grainy, good-natured belter in the mould of Otis Redding. A talented songwriter who penned much of his own material, he wrote the A-side of one of the Pretty Things' best mid-'60s R&B/raunch singles ("Come See Me"). Jackson never matched the success of "But It's Alright," but cut some singles that are highly valued by English Northern soul connoisseurs. His hard-to-find 1969 and 1970 albums found him 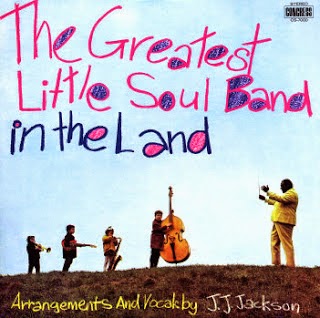 exploring, in the manner of most other soul stars of the time, increased social consciousness in his song writing and increasingly sophisticated horn and string arrangements. Some sources state that in 1969 he became a permanent resident of England where he still performs at the occasional gig.


(Info mainly edited from Wikipedia & All Music) (*some sources give birth date as 8 November, 1942)

A very big thank you to Patsoul for the link.