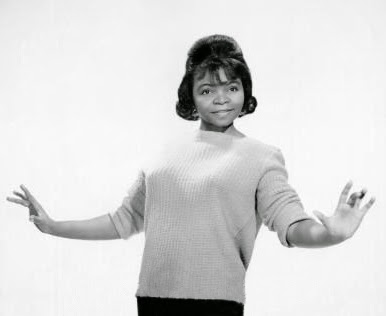 Claudine Clark (born April 26, 1941, Macon, Georgia, United States) is an American R&B musician, best known as the singer and composer of the 1962 hit "Party Lights", which reached #5 on the Billboard Hot 100.
Born in Macon, GA, Clark grew up in Philadelphia and received formal musical training at the local Coombs College, where she 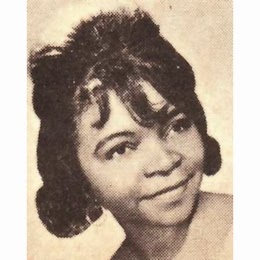 earnt a degree in music composition. She recorded her first single, "Angel of Happiness," backed by the Detroit Spinners in 1958 for the Herald label, but it failed to attract much attention, as did a brief stint at Gotham.
Clark subsequently caught on with Chancellor, a label best known for teen idols like Fabian and Frankie Avalon. Her first single, "Disappointed," initially flopped, but when DJs started playing the Clark-penned flip side, "Party Lights," it became a huge hit. Sung from the point of view of a teenage girl ordered to her room while her friends were out having a good time, "Party Lights" struck a chord and shot into the Top Five on both the pop and R&B charts. 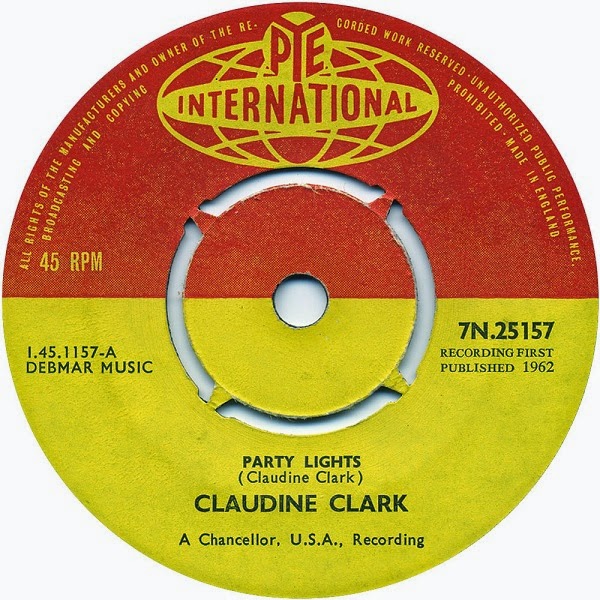 Apparently she had recorded Party Lights earlier for another label, with a different tempo - maybe for Herald Records where she also worked briefly, turning out Teenage Blues b/w Angel Of Happiness on Herald 521 in 1958 billed as Claudine Clark & The Spinners. But as it would turn out, Party Lights would be it insofar as a hit single was concerned, which enshrined her in the One-Hit Wonder Club, as two follow-up releases failed dismally - The Telephone Game b/w Walkin' Through A Cemetary (Chancellor 1124 in 1962) and Walk Me Home b/w Who Will You Hurt? (Chancellor 1130 in 1963). 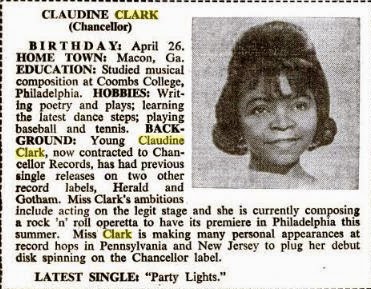 Switching things up, she released a single the following year as Joy Dawn ("Hang it Up"), then in '64 had a couple of singles on the Jamie label, including a remake of The Supremes' "Buttered Popcorn" (it hadn't been a hit for them either when released as their second single in 1961), followed by a couple of others over the next few years. 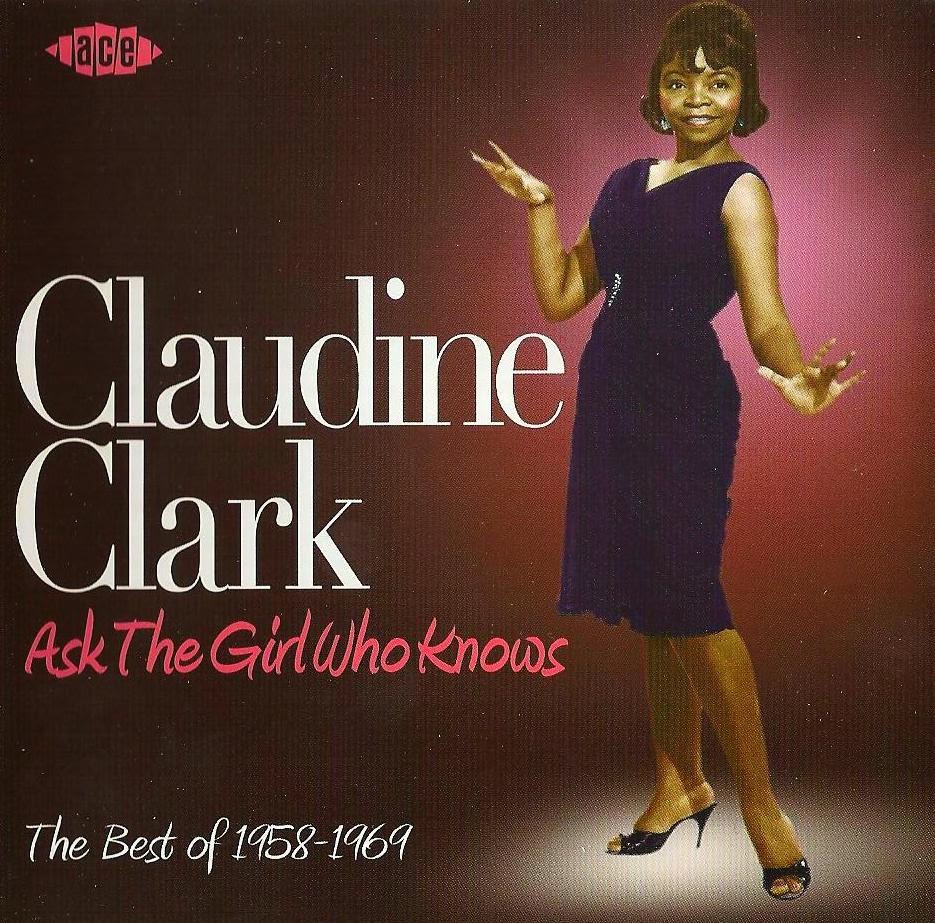 Clark later attempted to compose a rock & roll operetta, and also recorded for Swan under the alias Joy Dawn, all to little avail. In the mid-'70s she gave it another try with a single under the name Sherry Pye, but she was married by this time and focused on raising a family. Some gospel recordings followed, and she reportedly continues to sing regularly in church, while keeping her personal life out of the public eye.
The one smart move Claudine Clark made, it turns out, was getting her own composition on the B-side of that first Chancellor single. The radio airplay and many reissues of "Party Lights" have provided her with the royalty payments through the years that too many acts with even more than one hit have unjustly had to do without.  (Info edited mainly from All Music & Way Back Attack)