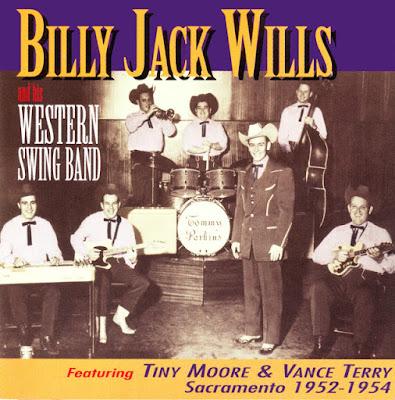 Billy Jack Wills (February 26, 1926 – March 2, 1991) was perhaps one of the most underrated Western swing bandleaders whose Western Swing Band broke new ground for the genre in the early '50s. 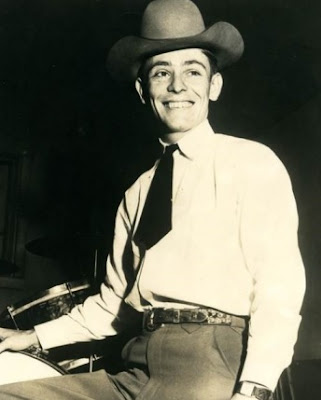 Born in Memphis, Hall County, TX, Billy Jack was exposed at an early age to the music of his famous brother Bob, as well as his father, champion fiddler John Wills. After beginning his professional career in brother Johnnie Lee Wills' Tulsa band in the early '40s, Billy Jack went to California to work as a bassist and drummer for the Texas Playboys. In that group, he played a significant role both as a vocalist and songwriter, lending his bluesy voice to "Cadillac in Model A" and providing lyrics to the massive hit "Faded Love."


After six years as a member of the Texas Playboys, Billy Jack got his chance as a leader when Bob moved his base of operations from the Wills Point Ballroom in Sacramento to Oklahoma City. Tired of touring, mandolinist Tiny Moore stayed behind to manage Wills Point.

The band truly came into being, however, after the start of the Korean War. Looking to replace the drafted Varner, Wills hired a local teenager named Vance Terry, a disciple of Noel Boggs whose crisp, driving style added the final element to the group's adventurous sound. 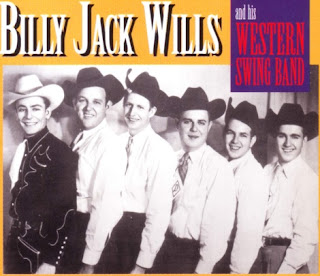 The enormous age difference (20 years) between Billy Jack and Bob meant that the younger's musical interests were considerably more advanced. While Bob had drawn inspiration from the primitive blues and jazz of the 1910s and '20s, Billy Jack's muse lay in the developing genres of jump blues, R&B, and be-bop. These fixations gave his group a progressiveness that was found nowhere else, characterized by its hard-swinging jazz rhythms and bluesy, shouted vocals, which drew heavily from the styles of Wynonie Harris and Roy Brown. 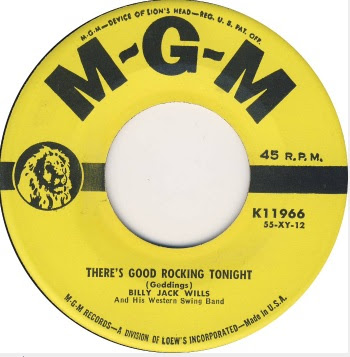 Between 1950 and 1954, the group enjoyed a strong Northwest following, touring and building up an eclectic repertoire of radio transcriptions. They covered many of the popular black hits of the time, including Ruth Brown's "Teardrops From My Eyes" and Larry Darnell's "For You, My Love." 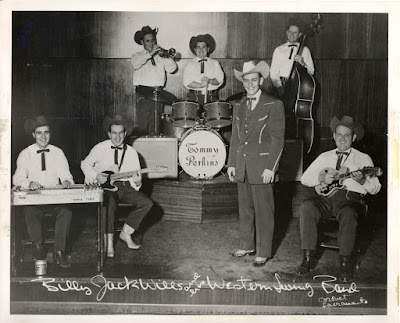 In 1953, the group cut a version of Roy Brown's "There's Good Rocking Tonight"; later that year, they turned in a rollicking arrangement of Bill Haley's first hit, "Crazy, Man, Crazy."
The group's success, however, was short-lived. In 1954, Bob Wills disbanded the Texas Playboys and returned to Sacramento to perform with Billy Jack. The idea was to increase business at Wills Point, but the results were disastrous. Bob quickly took charge of the group and against the wishes of most involved, immediately set off on tour, at which point Tiny Moore quit to host a children's television show. 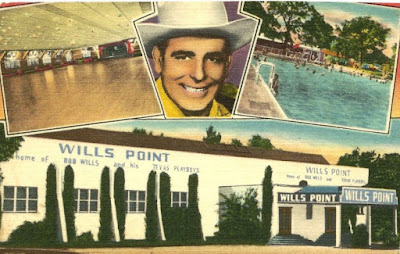 Out on the road, energies were soon sapped. Under Wills' control, the boldness that had characterized the band's radio broadcasts began to fold, channeled into what was by now the rather stale sound of the Texas Playboys. That and the emerging television craze effectively ended the group. Vance Terry quit to enroll in college; he later joined Jimmie Rivers and the Cherokees. Tiny Moore went on to play with Merle Haggard & the Strangers. Billy Jack struggled on without success and played on various radio broadcasts before retiring from music in 1960. He died on March 2, 1991 in Oklahoma, aged 65. 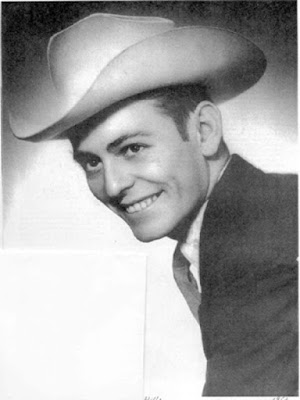 Billy Jack Wills should be considered much more than a footnote in the music careers of his older brothers. He was an important artist in his own right who played Western swing with the complexity of jazz, the emotion of blues, and the aggression of rock ‘n’ roll.
(Compiled mainly from AllMusic bio by Jim Smith.)
Posted by boppinbob at 10:51

One of the most underrated (and generally overlooked) Western swing bands ever was the outfit that Billy Jack Wills (younger brother of Bob Wills) led in the early to mid-'50s. A favourite in Northern California at the time but largely forgotten since then, the band is heard performing 16 selections on this album that were recorded at a radio station in Sacramento. In addition to Wills (who takes just one vocal and is primarily in a supportive role), the group consists of the great electric mandolin player Tiny Moore (who also has six vocals), steel guitarist Vance Terry, trumpeter Dick McComb, guitarist Kenny Lowery and bassist Cotton Roberts (who occasionally switches to fiddle). The swinging material (which is highlighted by "Johnson Rag," "Air Mail Special," "Tuxedo Junction," "Twin Guitar Special" and "Summit Ridge Drive") is consistently memorable.

A big thank you to the Rockin’ Bandit for original post.

Judging by sample "Good Rockin' Tonight," this is going to be a lot of fun. May all your cacti grow up to be tall saguaros!

Billy Jack didn't truck with the sentimental songs and fiddle tunes his brother Bob liked. He pretty much kicked it from the get-go, so far as we can tell from the recordings that survive. Of course, he started as a bandleader much later than Bob did, not till 1950, when R&B was starting to make itself felt across the hillbilly line.

Thank you for this wonderful Billy Jack Wills album. As you know he was the youngest brother to Bob Wills and Johnny Lee Wills. You have already posted Bob Wills, so please consider also posting a biography of Johnny Lee Wills. He had a big hit with "Rag Mop" in 1950 (#2 on The Country Chart and #9 on The Billboard Juke Box Chart and #10 on the Best Sellers chart). Also can you do anything on The McKinney Sisters who sang with Bob Wills? Thanks for all the music :-)

Hello HP, Will try to do Johnny Lee Wills on September 2nd, The McKinney Sisters will follow. Regards, Bob