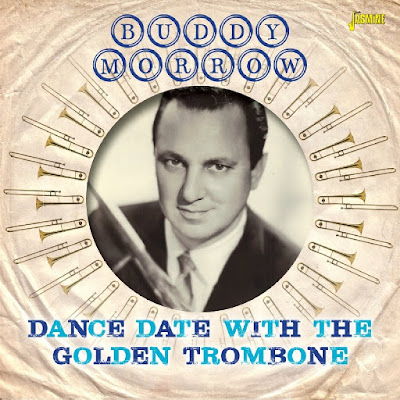 Buddy Morrow (born Muni Zudekoff, aka Moe Zudekoff; February 8, 1919, New Haven, Connecticut – September 27, 2010) was an American trombonist and bandleader. He is known for his mastery of the upper range which is evident on records such as "The Golden Trombone," as well as his ballad playing. 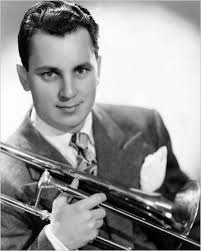 On a scholarship at age 16, Morrow studied trombone with Ernest Horatio Clarke (1865–1947) at Juilliard (known then as the Institute of Musical Art) from October to December 1936. At age 17, he began playing trombone with Sharkey Bonano's Sharks of Rhythm, an Eddie Condon group.

He then moved on to big bands, first Eddie Duchin, then Vincent Lopez. He eventually graduated to swing bands, first with Artie Shaw. He first became Muni Morrow, then Buddy Morrow, when he joined the Tommy Dorsey trombone section in 1938. In 1939, he performed with Paul Whiteman's Concert Orchestra for their Decca/Brunswick recording of Gershwin's Concerto in F. 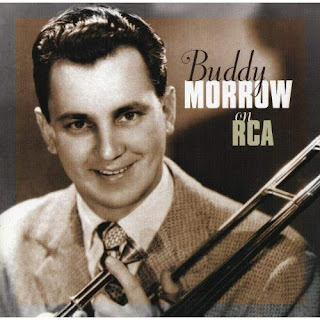 In 1940, Morrow joined his former Shaw band mate Tony Pastor and his band for a little while, but this was only a short detour on his way to replacing Ray Conniff in the Bob Crosby band. Shortly after, he joined the US Navy, during which he recorded with Billy Butterfield leading a ten-piece band with three trombones — all accompanying Red McKenzie singing four arrangements, including "Sweet Lorraine" and "It's the talk of the Town."

After demobilization, Morrow joined Jimmy Dorsey's band, then went into radio freelancing as a studio musician. He began conducting odd sessions, which introduced him to band-leading. RCA Victor sponsored him as director of his own band in 1951. 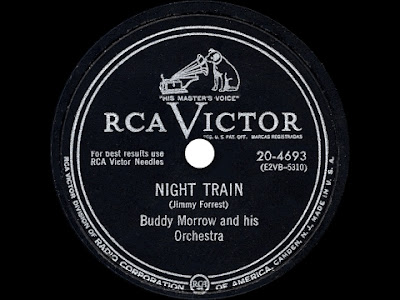 The band's first hit — "Night Train" by Jimmy Forrest — was a crossover into rhythm and blues. "Night Train" reached No. 12 in the UK Singles Chart in March 1953. In 1959 and 1960 Morrow's Orchestra released two albums of American television theme songs; Impact and Double Impact respectively. 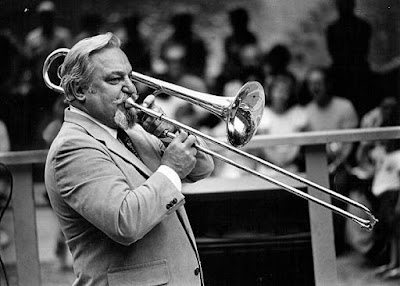 Morrow played intermittently with the “Tonight Show” band in the 1960s. His own band broke up in 1968, but he continued performing, recording and leading different bands. He spent most of the '70s as a studio musician but he worked a bit with the World's Greatest Jazz Band in 1970.  He also led a quartet in Las Vegas but he broke it up in 1973 and went to live in Florida. 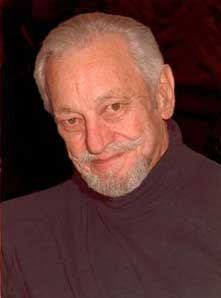 However, a new career was to open up for him. He had been noted for his ability to copy the trombone style of Tommy Dorsey and in 1976, 20 years after Dorsey's death, Morrow played all Dorsey's solos again when he took over the leadership of the Tommy Dorsey ghost band.

Amazingly, he was latterly able to lead the band from a wheelchair on stage. His last appearance with the band at the age of 91 was September 24, 2010.

In 2008, Morrow was awarded the International Trombone Association's Lifetime Achievement Award, an award that is given to a person who has significantly changed trombone playing around the world. Morrow died in the morning on September 27, 2010 at his home in  Maitland, Fla.

Buddy Morrow was one of a kind, and you'll hear why when you listen to the two albums, Dance Date and The Golden Trombone which Jasmine has lovingly presented in this fantastic release.

These two albums have scarcely been available over the years yet they have been cherished by trombonists, as well as fans ever since they first came out in the 50s. Listen to the romantic, danceable 'September Song' and 'The Touch of Your Lips' and the thrilling, yet beautiful arrangements of 'Symphony', 'I'll Close My Eyes' and 'Laura' will draw you back again and again.

Whether you are a dancer or just like to enjoy music that's relaxing and captivating, this compilation will become one of your favourites immediately.