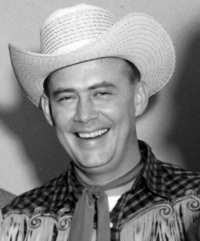 Jack Huddle (1 February 1928–3 January 1973) was an American rockabilly musician and songwriter. He performed and recorded with Buddy Holly early in Holly's career. 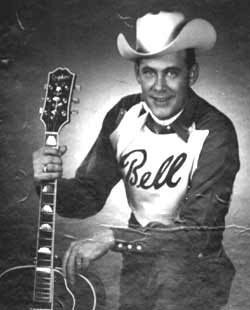 Huddle was born in Paris, Texas into the family of Adrian and Velma Huddle in 1928. Twelve years later he was joined by his only sister, Judith. Even at a young age, Jack loved to sing and play the guitar. Sometimes he played on the air on radio KPLT. At age 16, Jack got married. Soon after, he joined the Navy to serve for three years in WWII.

After his return to Paris, Jack started playing the bass fiddle in dance bands. His marriage soon broke up and his wife left with their newly born son. Jack was drafted to do his duty in Korea for ten months. 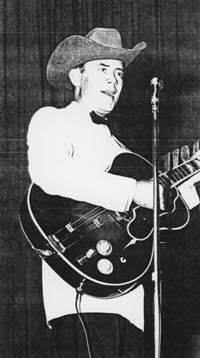 In 1952 he enrols in the Foods and Nutrition department at Texas Tech University and moves to Lubbock. He also moves there for the love of his new girl Dolores. His parents and his sister soon follow him to Lubbock. His father starts working as a grocery store clerk and his sister starts working in a biscuit factory together with Peggy Sue Gerron.

In 1953, he started working for the brand-new KDUB TV Channel 13, the local branch of CBS. He had a friendly manner and a way with children. He hosted the children's program Children's Theatre every weekday.

On an evening show once a week called Circle 13 Roundup; Jack was accompanied by a combo and sang popular western hits of the day. On this show he sometimes teamed up with Charlene Hancock, the wife of Tommy Hancock. Tommy was the owner of the infamous Cotton Club in Lubbock where Elvis and Little Richard performed. Also Clyde Hankins was asked by Jack to join him now and then. Clyde worked at the Adair music store in Lubbock and was known for selling Buddy Holly his first Fender Stratocaster. 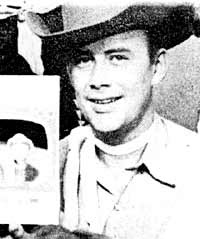 He also taught Buddy how to play the guitar and widened Buddy's view into musical styles other than country, especially jazz.
In 1953 Jack gave a young Buddy Holly a break when he let him perform with his friend Jack Neal as the Buddy & Jack duo on the talent show "Around Lubbock." For a short stint Jack even hosted a Grand Ole Opry-style show called the "G.E. Jamboree." In those years at KDUB Jack became widely known in the West Texas area and played lots of gigs.

On April 28, 1957, Jack made the trip to Clovis, New Mexico, together with his friend and writing partner Jim Robinson. Buddy Holly was also there or was asked by Jack to go with him. Buddy played lead guitar on the recordings made that day: "Starlight" and "Believe Me". The instrumental break on "Starlight" was often considered as one of the catchiest guitar breaks by Buddy on a non-Buddy or non-Crickets record. 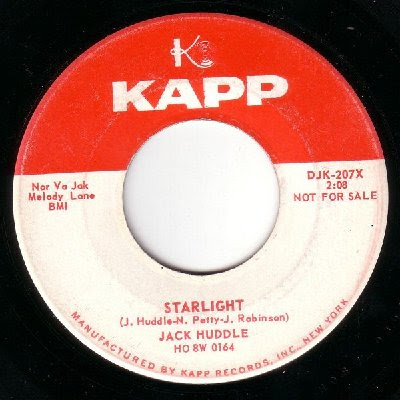 The session was kicked off by Jim Robinson (Jimmie Zed Robinson) singing "Whole Lot of Lovin'" and "It's a Wonderful Feeling." After that it was Huddle's turn. Jack and Jim recorded two other songs in Clovis in 1959 which were "Midnight Monsters Hop" and "Tarzan and Jane". Buddy didn't play on them. Jack and 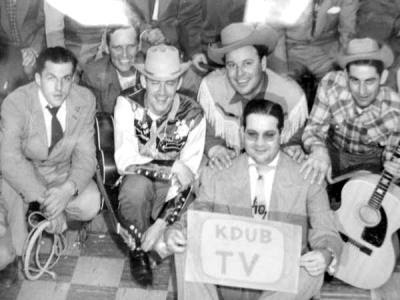 Around 1959 Jack has seen enough of Lubbock for unknown reasons and leaves for Houston. There he kept playing gigs and started working as a sales manager for the Chronister Valve Company. He was still in their employment when he died of a heart attack at the age of 45. His grave is located in Paris, Texas

I compiled this post late last night only to find it still in draft mode this morning, hence a day late. Too many spiced rums.....That'll teach me!

I only have two Jack Huddle tracks which are on this Ace compilation.

Music is predominantly for dancing in West Texas and it was one of the first areas to embrace rock'n'roll. Norman Petty ran the best known studio in the area and launched the careers of Roy Orbison, Buddy Holly, Buddy Knox, Waylon Jennings and Jimmy Gilmer and the Fireballs. Issued by Ace Records in 1999, WEST TEXAS BOP brings together some of Petty's best rockers, 11 of which are previously unissued and most of the others are new to CD.

Very cool Bob, thanks for this - and I understand about the need for spiced rum this time of year!