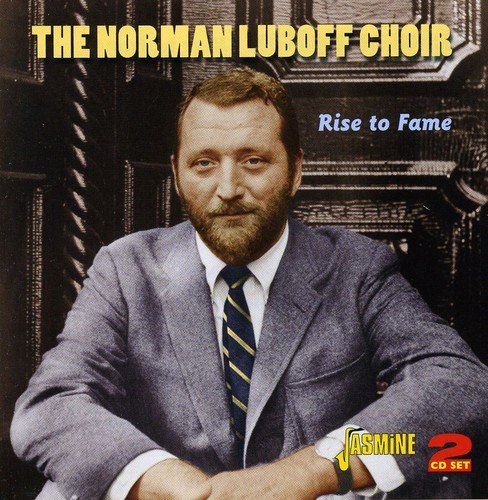 
Norman Luboff was born Norman Kador Luboff in Chicago, Illinois, the son of Julius Luboff, an insurance salesperson, and Rose (maiden name unknown). Even though his parents discouraged him from entering the field of music, Norman was 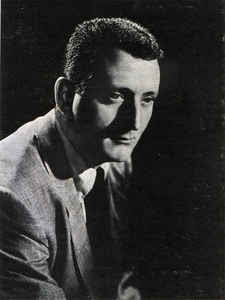 happily surrounded with music throughout his childhood and adolescence, enjoying his family’s amateur vocal harmonizing and his membership in his high school’s orchestra and choir.
Foreshadowing events to come, he even organized a small choir of his teenage peers whom he taught by rote to sing in four-part harmony. However, he did not consider music as a profession until 1935, after entering Chicago’s Central Y.M.C.A. College (later renamed Roosevelt University), from which he received a Bachelor of Arts degree in music in 1939. He did graduate work with the noted composer Leo Sowerby while singing and writing for some of the best radio programs in Chicago.


In the mid-1940s, he moved to New York City to continue his 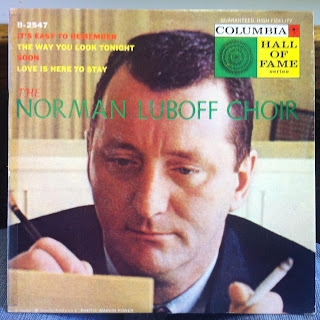 career. With a call from Hollywood to be choral director of The Railroad Hour, a radio weekly starring Gordan McRae, Mr. Luboff entered a period of enormous artistic growth and accomplishment, including the scoring of many television programs and more than eighty motion pictures. He also recorded with America's most noted artists, including Bing Crosby, Frank Sinatra, Jo Stafford, and Doris Day.


In 1950, he established Walton Music Corporation, to publish his music. Luboff provided a vehicle for composers in Sweden to have their works available in the United States, including Egil Hovland and Waldemar Åhlén. Walton Music exists today as a major choral music publisher under the guidance of Luboff's widow, Gunilla Marcus-Luboff, a former Swedish television producer. 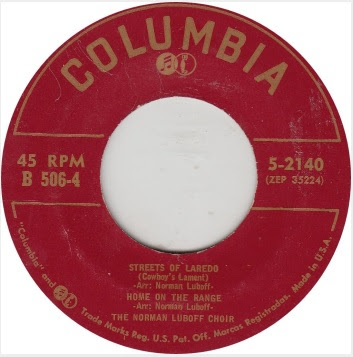 The first incarnation of the Norman Luboff Choir was formed during the mid-1950s. The Choir became one of the leading choral groups in the world, recording a wide variety of music on more than seventy-five LPs and touring yearly from 1963 to 1987 with titles including Calypso Holiday, Broadway!, Songs of the Cowboy (which won a Grammy for Best Performance By A Chorus in 1960) and Songs of the Caribbean.  Although their recording career came to a halt during the late 1960s, they continued touring until Luboff's death. 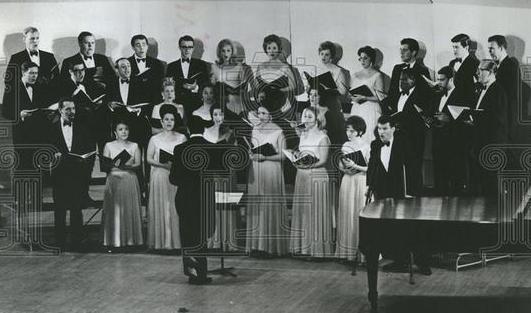 As an educator, Mr. Luboff was in much demand, guest conducting all-state, clinic, and festival choirs of every description in the United States and abroad. In September of 1987, he died of lung cancer at his home in Bynum, North Carolina at the age of 70. The Norman Luboff Collection was donated to the Music Division of the United States Library of Congress in 1993 by his widow. 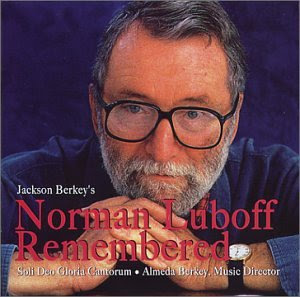 Although a true professional in the choral world, Norman Luboff never lost his empathy for the musical layman. Two generations of choral directors have been profoundly influenced by his work. Millions of people continue to be magically touched by his wonderful legacy.
(Info edited from Wikipedia & www.singers.com & www. anb.com)

For “The NORMAN LUBOFF CHOIR - Rise to Fame” go here;

1. THE LAMP IS LOW
2. GARDEN OF LOVE
3. ON THE ISLE OF MAY
4. FULL MOON AND EMPTY ARMS
5. OUR LOVE
6. NO OTHER LOVE
7. STARS AND SHADOWS
8. AND THIS IS MY BELOVED
9. STRANGE MUSIC
10. YOUR KISS
11. IF YOU ARE BUT A DREAM
12. MY REVERIE
MEDLEY
13. JOY TO THE WORLD
I SAW THREE SHIPS
WE THREE KINGS OF ORIENT ARE
O LITTLE TOWN OF BETHLEHEM
MEDLEY
14. WHAT CHILD IS THIS?
TWELVE DAYS OF CHRISTMAS
BALOO LAMMY
MEDLEY
15. THE HOLLY AND THE IVY
A LA NANITA NANA
JOSEPH DEAREST JOSEPH MINE
WHENCE COMES THIS RUSH OF WINGS
MEDLEY
16. THE FIRST NOWELL
WASSAIL, WASSAIL ALL OVER THE TOWN
GOD REST YE MERRY, GENTLEMEN
HARK! THE HERALD ANGELS SING
MEDLEY
17. O TENNENBAUM
O HOLY NIGHT
COVENTRY CAROL
MEDLEY
18. THE WASSAIL SONG (Here We Come A' Wassailing)
O COME, ALL YE FAITHFUL (Adeste Fideles)
DECK THE HALL WITH BOUGHS OF HOLLY
SILENT NIGHT, HOLY NIGHT


The Norman Luboff Choir was among the most popular choral ensembles of their day drawing on music from a range of different genres.

The four albums featured across this charming 2CD set range from the classically influenced Reverie, which brings to mind Tchaikovsky and Rachmaninov; to the popular and enchanting Christmas melodies off Songs of Christmas before then taking you on a Calypso Holiday filled with carnival treats; then BOOM! Suddenly you're out on the range riding your horse into the sunset to the Songs of the West.

With so many albums to his credit it seems possible that you'll be wanting more of The Norman Luboff Choir. And after over 2 hours of the relaxing sound who could blame you. (Jasmine notes)

A big thank you to Mijas @ ACM2 blog for original post.