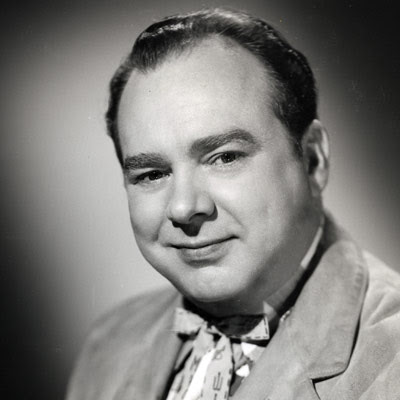 Malcolm B. Wiseman (born May 23, 1925), better known as Mac Wiseman, is an American bluegrass singer, nicknamed The Voice with a Heart. The bearded singer is one of the cult figures of bluegrass. Famed for his clear and mellow tenor voice, Mac Wiseman recorded with many great bluegrass bands, including those of Molly O'Day, Flatt & Scruggs, Bill Monroe, and the Osborne Brothers; his command of traditional material made him 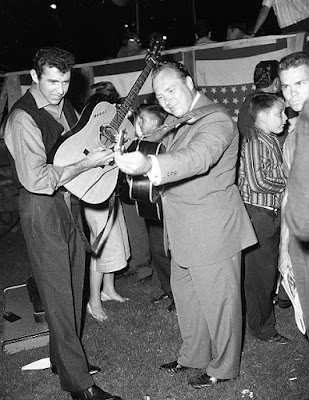 much in demand by bluegrass and folk fans alike.


Wiseman was born in Crimora, Virginia and grew up influenced by traditional and religious music and such radio stars as Montana Slim Carter. He attended school in New Hope Virginia and graduated from high school there in 1943.


Wiseman started out working as a radio announcer in Harrisonburg in 1944. At the same time he worked as a singer with Buddy Starcher. He later formed his own group and continued performing with others, including Molly O'Day and Flatt & Scruggs, through the '40s. In 1949, he recorded a single, "Travelin' Down This Lonesome Road," with Bill Monroe. By the '50s, Wiseman was again leading his own band.

Possessing one of the best tenor voices in bluegrass, Wiseman differed from Monroe and Flatt & Scruggs in that he usually sang alone, with little or no harmonizing. His band also employed two 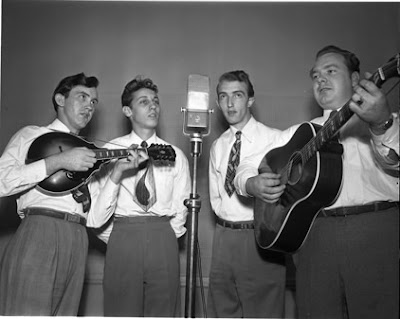 fiddles to play contemporary songs such as Speedy Krise's "Goin' Like Wildfire," as well as adaptations of standards such as the Carter Family's "Wonder How the Old Folks Are at Home" and Mac & Bob's "'Tis Sweet to Be Remembered."


With the Country Boys, a band that featured such pioneering musicians as Eddie Adcock and Scott Stoneman, Wiseman recorded many popular local singles, and had his first national Top Ten hit with his version of "The Ballad of Davy Crockett." The song's success steered Wiseman away from bluegrass and more towards pop and country. 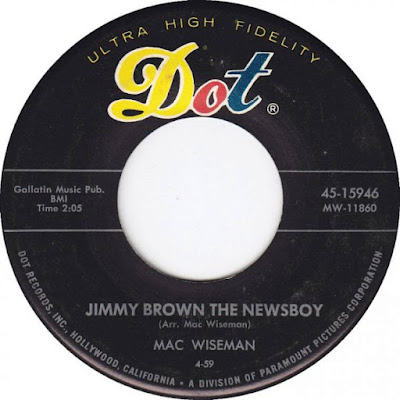 In 1957, he began recording for Dot; he had a few major successes for the label with such songs as "Jimmy Brown the Newsboy" before moving to Capitol in 1962, where he recorded both country and bluegrass tunes. He began working for Wheeling's WWVA Jamboree in 1965, and also began to play at bluegrass festivals;
over the next three decades, he became one of the most popular performers on the circuit.

Wiseman moved to Nashville in 1969 and signed with RCA Victor. His first -- and only -- hit for the label was the Top 40 novelty tune "If I Had Johnny's Cash and Charley's Pride." While at RCA, he also recorded three well-received bluegrass albums with Lester Flatt. 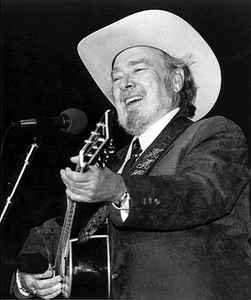 From the mid-'70s on, Wiseman concentrated on bluegrass, becoming a fixture at festivals and releasing a series of records on independent records that ran into the '90s. In 1992, Wiseman narrated the documentary High Lonesome, a chronicle of bluegrass music, and in 1993 he was inducted into the Bluegrass Hall of Fame.


Wiseman stayed active into the 21st century, releasing eight albums on Music Hill between 2001 and 2005, including 2003's The Lost Album, drawn from sessions done in 1964 for Capitol. A duets album with John Prine, Standard Songs for Average People, appeared from Prine's Oh Boy Records in 2007, with a trio of independently released albums, Old Likker in a New Jug, Waiting for the Boys to Come Home, and Bluegrass Tradition arriving in 2008. 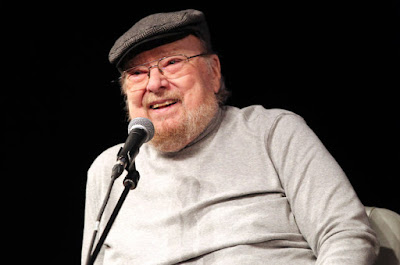 Wiseman continued a low-key recording career in the 2010s, releasing Songs from My Mother's Hand in 2014 and the star-studded I Sang the Song in 2017.

(Info mainly edited from an AllMusic bio by Sandra Brennan)
Here’s a clip from Alabama Jubilee 1990 with Mac Wiseman backed by The Del McCurry Band.

Mac Wiseman is a first generation bluegrass musician and Jasmine Records are proud to present their first collection, which focuses on four great albums, recorded between 1958-1961, which show him at the height of his powers. Despite his bluegrass credentials these albums embrace all the commercial attractions of Nashville country music in its heyday. Includes the hits ‘Jimmy Brown the Newsboy' and his version of 'The Ballad of Davy Crockett'.

A big thank you to Mijas @ ACM2 blog for original post.

Thank You for this one. One of my mother's favorites.