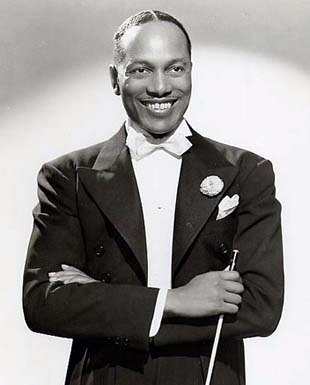 Andrew Dewey Kirk (May 28, 1898 in Newport, Kentucky – December 11, 1992 in New York City) was a jazz bass saxophonist and tubist best known as a bandleader.

He started his musical career playing with George Morrison's band, but then went on to join Terrence Holder's Dark Clouds of Joy. In 1929 he was elected leader after Holder departed. Renaming 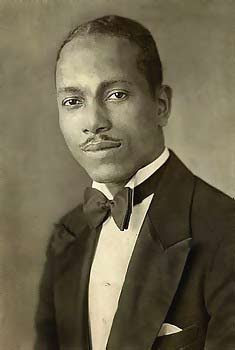 themselves Twelve Clouds of Joy they set up in the Pla-Mor Ballroom on the junction of 32nd and Main in Kansas City and made their first recording for Brunswick Records that same year.


Mary Lou Williams came in as pianist at the last moment, but she impressed Brunswick's Dave Kapp, so she became a regular member of the band. The pianist she replaced, Marion Jackson, did not take well to this but otherwise Kirk's band would be fairly stable with the incorporation of Williams. Many of its members later became known in their own right including: Buddy Tate (tenor saxophone), Claude Williams (violin), Pha Terrell (vocals) and Mary Lou's then husband, John Williams, Dick Wilson, Floyd Smith, Don Byas, "Shorty" Baker, Howard McGhee, Jimmy Forrest, Fats Navarro and (briefly) Charlie Parker. The band was smaller than most swing bands of the time, which had advantages and disadvantages, one of which was that the loss of individuals could be more damaging. 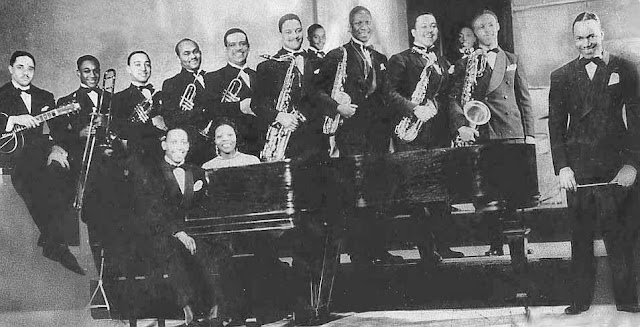 Since their first recordings in 1929–1930, they grew highly popular as they epitomized the Kansas City jazz sound. In mid-1936, he was signed to Decca and made scores of popular records until 1946. He presumably disbanded and reformed his band during that 6-year recording layoff, as his 1929–1930 Brunswick appeared to have sold well enough to stay in the catalog through the period and 1933-34 pressings (with the mid-1930s label variations) have been seen. 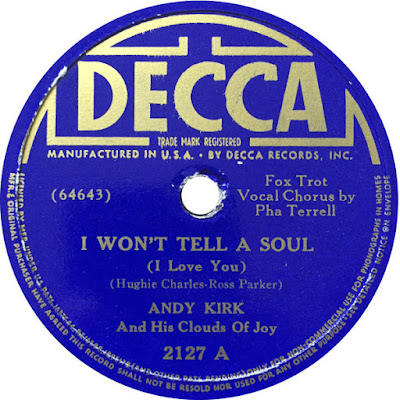 In 1938, Kirk and band held the top spot of the Billboard chart for 12 weeks with "I Won't Tell a Soul (I Love You)", written by Hughie Charles and Ross Parker, featuring Pha Terrell on vocals. In 1941 saxophonist Dick Wilson died and in the following year Mary Lou Williams began an independent career. The band still 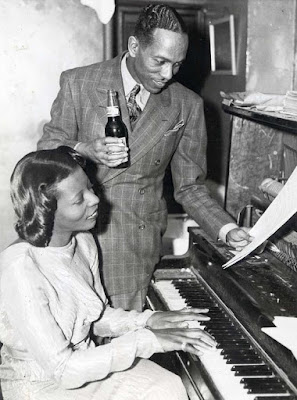 had successes after that, as the more poppish singer was more liked by the masses. In 1942, Andy Kirk and His Clouds of Joy recorded Tale It And Git, which on October 24th, 1942, became the first single to hit #1 on The Harlem Hit Parade, which later became Billboard Hot R&B/Hip-Hop Songs.
One of the few territory bands to gain a national reputation, the Clouds Of Joy folded in 1948. Its days of prominence were numbered from the time in 1942 when Mary Lou Williams left and relocated to New York. In 1943, with June Richmond on vocals, he had a number 4 hit with "Hey Lawdy Mama". 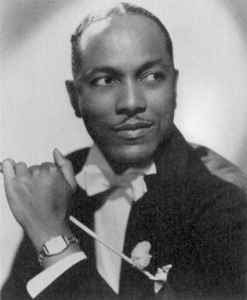 From the 1950’s on, Kirk followed a variety of pursuits. He went into real estate in New York City in 1952. Became a Jehovah’s Witness in 1953 and later played his saxophone in the orchestra which accompanied singers during their religious gatherings.  In August 1958 he began managing the Theresa Hotel In New York City. He also spent some time working in the office of the American Federation of Musicians. Local 802. And also, he continued into the late 70’s to put together pickup bands for concerts or dances, recalling for a few hours, the two decades when the Clouds Of Joy brought a mellow bit of rhythm to the public.

Andy Kirk's Orchestra was at the height of its popularity during the late 1930s, still riding high from their hit "Until the Real Thing Comes Along." The star of that record, singer Pha Terrell, is on the majority of the songs on this CD (the fourth in Classics' complete reissuance of the master takes of all Andy Kirk recordings from the swing era), but there are some hotter tunes too, most notably "Mess-A-Stomp," "Jump Jack Jump," "Dunkin' a Doughnut" and "Mary's Idea."