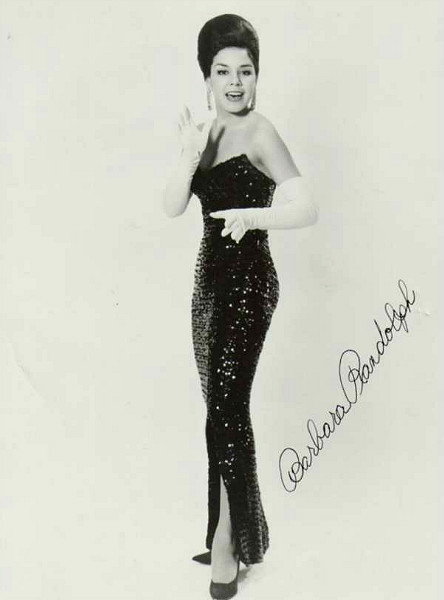 Barbara Randolph (5 May 1942 – 15 July 2002), also known as Barbara Ann Sanders, was an American singer and actress who recorded for Motown Records in the 1960s.
She was born in Detroit and was adopted by the actress Lillian Randolph, who appeared in It's a Wonderful Life (1946) and many other movies. Her show business career began – under the name Barbara Ann Sanders, having taken the name of Lillian's second husband - when she was eight years old, playing the part of Tanya 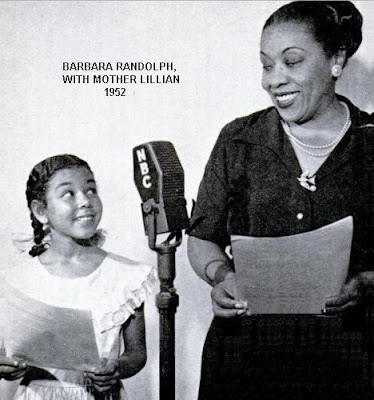 in Bright Road (1953) with Harry Belafonte and Dorothy Dandridge.
In 1957, both she and her mother briefly joined Steve Gibson's, vocal group, The Red Caps, as singers. However, regardless of common belief, Lillian Randolph and Steve Gibson were not sister and brother and he is, therefore, not Barbara's uncle (although she may have affectionately referred to him as such). James "Jay" Price, a member of the Red Caps from 1952-58, says that, while Steve and Lillian jokingly called each other "sister" and "brother", they were not related.


The story apparently started with a December 31, 1953 article in Jet Magazine that referred to Steve as Lillian's brother. It appeared in 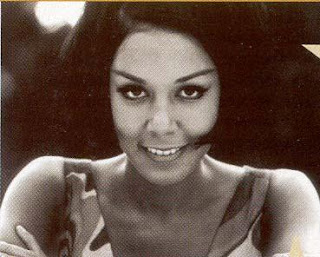 Major Robinson's gossip column, which carried the most outrageous (and unverified) claims from press agents. Most telling is that, in the 1910 United States Census, Lillian's mother was about 50, far too old to have given birth to Steve Gibson on October 12, 1914. She appeared in her mother's and Gibson's nightclub acts, using her mother's maiden (and stage) name of Randolph in 1957 (and would appear with the Red Caps on many occasions in the 1960s).

Barbara Randolph first recorded as a solo singer for RCA Records in 1960  In 1964 she joined The Platters, replacing singer Zola Taylor, but left after a year and an album (The New Soul of the Platters). 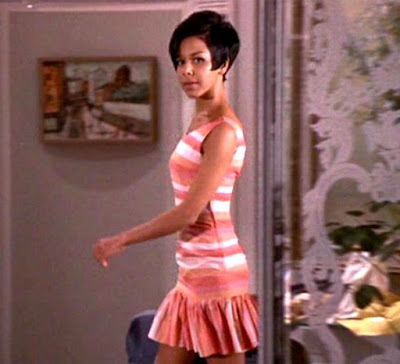 She continued to work as an actress, taking the part of Dorothy in the 1967 movie Guess Who's Coming to Dinner, starring Spencer Tracy, Sidney Poitier and Katharine Hepburn. That same year, she signed with Motown Records, but only released two singles for the company on its subsidiary Soul label - "I Got a Feeling"/"You Got Me Hurtin' All Over" (Soul 35038), followed a year later by a version of "Can I Get a Witness" (Soul 35050), using the same B-side. 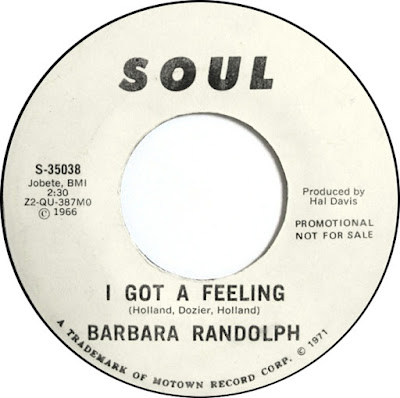 Neither record was commercially successful, but Randolph was sufficiently highly regarded to tour with Marvin Gaye as a replacement for Tammi Terrell after Tammi became ill. 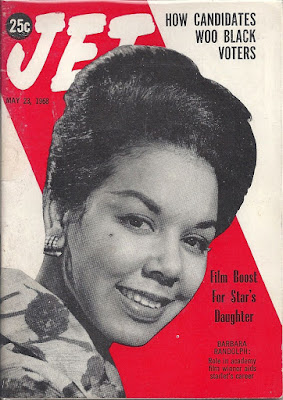 Randolph also toured with The Four Tops, Gladys Knight and the Pips and Hugh Masekela as part of the "Motown Sound" show in 1968. She was reportedly also considered as a replacement for Florence Ballard in 1967 for the Supremes, and Diana Ross in The Supremes in 1969. In 1969 and 1970 Randolph issued two singles on Lee Hazlewood's LHI label: Woman To That Man and Miracle On 19th Street, but both never got beyond the status of promotional recordings. Randolph used the year 1970 for entertaining US forces in Vietnam, returning to paid performances the next year. She also did a half hour show for the American Forces & Radio Television Service. (Link for the show in comments) 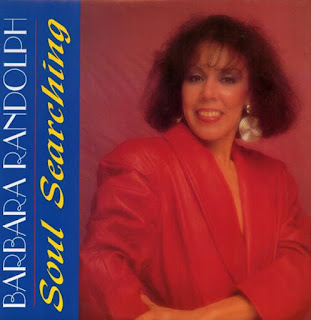 She married Eddie Singleton, who had been married to Berry Gordy's ex-wife, Raynoma Liles Gordy. They opened a production company together, and Barbara Randolph retired from singing, except to re-record a version of "I Got A Feeling" for the Nightmare label in the UK in 1989.


By that time, the track - and other recordings by Randolph during her brief recording career - had achieved considerable popularity in Britain on the Northern soul dance scene, and since the 1980s has been reissued on several compilation albums. A collection of her recordings, most of which dated from 1969 but had not been issued, was released by Spectrum Records in 2003. 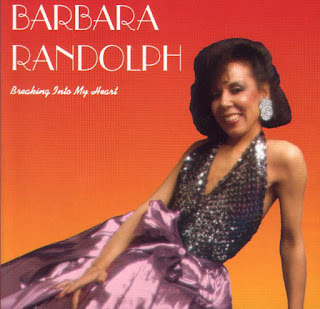 Barbara Randolph died from cancer in South Africa in 2002, at the age of 60 and was buried in The Woodlawn Cemetery, Detroit, Wayne County, Michigan, USA.  (Info mainly edited from Wikipedia)


"Mister Wonderful", was written by Sylvia Moy and Ian Levine, about Barbara’s love for Eddie, and indeed she sings it straight to him as she records it, captured on this amazing video for posterity. Years later, she suddenly and without warning left Eddie, and told him she'd fallen out of love with him, something he couldn't come to terms with, so he moved to South Africa. It transpired that she knew she was wasting away from Cancer, and didn't want him to see her die slowly, so she left him, and lied to him, just to spare him the agony, and he only found this out after her death. Knowing this tragedy makes this video so poignant.


A big thank you to Jake @ Jukebox City for active link

Thank heavens for YouTube! Lillian Randolph did a lot of commercial work that aired on Chicago television. Here are mom and daughter for First Metropolitan Builders.