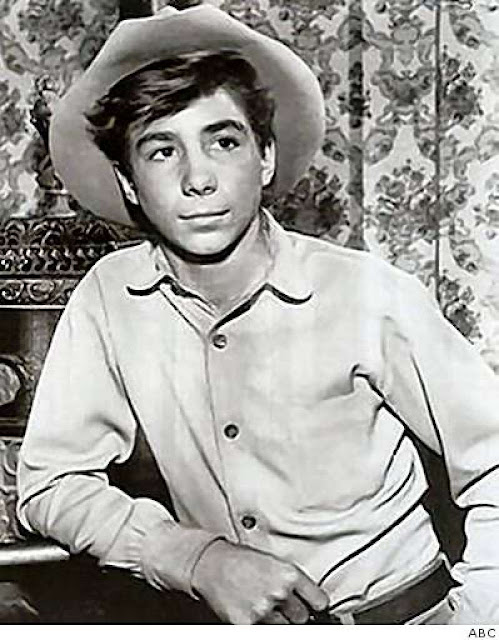 
An original Mouseketeer in 1955, Crawford has acted on stage, in films, and on television. His first important break as an actor followed with the title role in a Lux Video Theatre production of 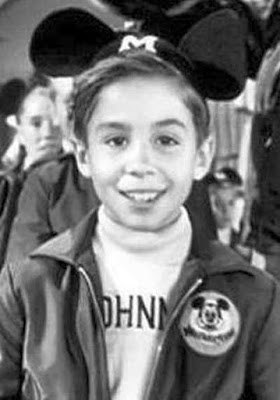 "Little Boy Lost", a live NBC broadcast on March 15, 1956. He also appeared in the popular Western series The Lone Ranger, in 1956, in one of the few colour episodes of that series. Following that performance, the young actor worked steadily with many seasoned actors and directors.

Freelancing for 2 1/2 years, he accumulated almost 60 television credits, including featured roles in three episodes of NBC's The Loretta Young Show and an appearance as Manuel in, "I Am an American", an episode of the syndicated crime drama Sheriff of Cochise. 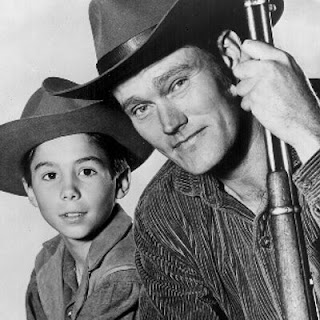 By the spring of 1958, he had also performed 14 demanding roles in live teleplays for NBC's Matinee Theatre, appeared on CBS's sitcom, Mr. Adams and Eve, in the Wagon Train episode "The Sally Potter Story" (in which Martin Milner also appeared) and on the syndicated series, Crossroads, Sheriff of Cochise, and Whirlybirds, and made three pilots of TV series. The third pilot, which was made as an episode of Dick Powell's Zane Grey Theater, was picked up by ABC and the first season of The Rifleman began filming in July 1958. 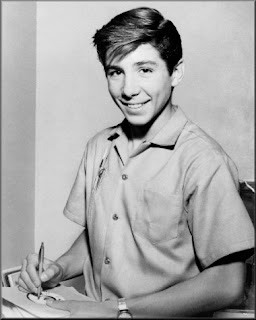 Crawford was nominated for an Emmy Award, at age 13, for his role as Mark McCain, the son of Lucas McCain, played by Chuck Connors, in the Four Star Television series The Rifleman, which originally aired from 1958 to 1963. Throughout The Rifleman's five seasons, a remarkable on-screen chemistry existed between Connors and Crawford in the depiction of their father-son relationship. They were still close friends when Connors died on November 10, 1992, and Crawford gave a eulogy at Connors' memorial service. 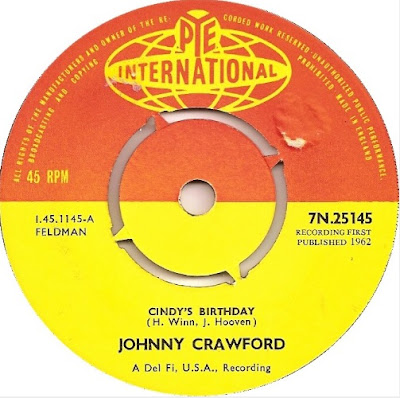 During the late 1950s and early 1960s, Crawford had wide popularity with American teenagers and a recording career that generated four Billboard Top 40 hits, including the single, "Cindy's Birthday", which peaked at number 8, in 1962. His other hits 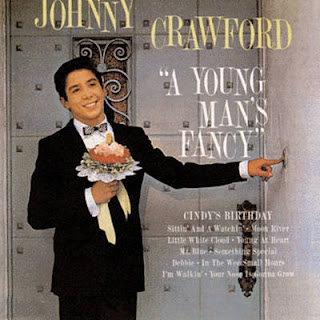 While enlisted in the United States Army for two years, Crawford worked on training films as a production coordinator, assistant director, script supervisor, and occasional actor. His rank was 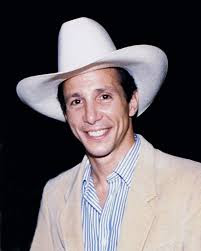 sergeant at the time of his honourable discharge in December 1967.  In 1968, Crawford played a soldier wanted for murder in "By the Numbers", an episode of the popular TV series Hawaii Five-O.

The Resurrection of Broncho Billy was a USC student film Crawford agreed to do as a favour to his close friend, producer John Longenecker. It won the 1970 Academy Award for Best Live Action Short Subject.
The Naked Ape was a partially animated 1973 feature film starring Crawford and Victoria Principal, produced by Hugh Hefner. 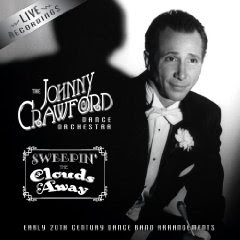 After spending two years on the New York cocktail circuit singing in another man's band, Johnny formed his own 16-piece, Los Angeles based 1920's orchestra in 1990. The Johhny Crawford Dance Orchestra is now a fixture on the local swing-dancing scene re-energized by the film, Swingers. He's forsaken acting to forge a career and a business around that era in American history.   (Info edited mainly from Wikipedia)

For “The Best Of Johnny Crawford” go here:

The 24 songs here, including all of Crawford's hits, chart records, and their B-sides, constitute superb teen pop, very much the solo equivalent of the kind of records that The Everly Brothers or the Kalins were doing during this era. None of it is exactly groundbreaking, but it's all pleasant, and some of the production is surprisingly sophisticated -- among the best work ever released by Del-Fi -- given the audience it was aimed at. Anyone who enjoys The Everly Brothers of "Cathy's Clown" is sure to love the stuff here, and might even find themselves surprised by the overall quality of the material.