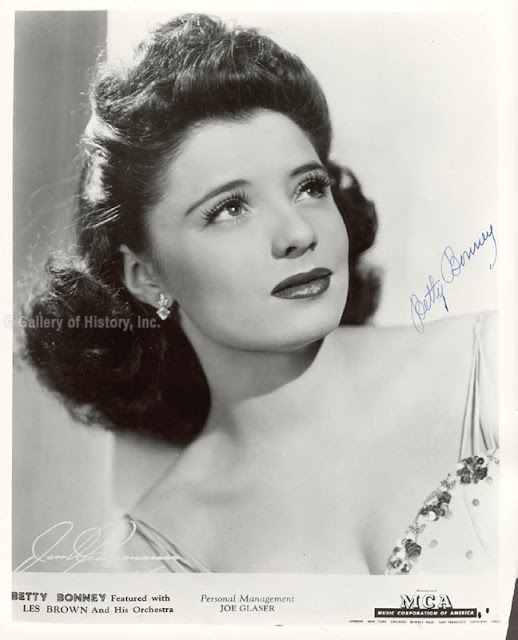 Betty Bonney  (born Betty Jane Bonney March 8, 1924,  Norfolk, Virginia) was an accomplished American band singer during the final years of the swing era. Later known as Judy Johnson, she was most notable for her regular appearances on the NBC television series Your Show of Shows in the 1950s. She was married to composer and conductor Mort Lindsey.

Singer Betty Bonney began her professional career at age eight, when she earned a regular solo spot on a children’s radio program. At age eleven, she had her own fifteen-minute program on Newport News, Virginia, radio station WGH, and by the following year she had begun to sing with local orchestras, ending up as regular vocalist for the Auburn Cavaliers out of Auburn College, Alabama. The band eventually signed with the Gene Austin tent show before settling in New York, where they became known as Colonel Manny Prager and His Cavaliers. 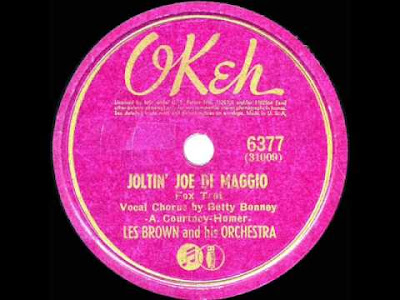 Bonney left Prager for Les Brown’s band in 1941, singing on their first big hit, “Joltin’ Joe DiMaggio.” Her biggest hit was "How Little We Know", written by Hoagy Carmichael and Johnny Mercer. Bonney was young at the time, though how young became a matter of rumour. Gossip put her at age fourteen, though some later reports say she was thirteen. She was more likely seventeen 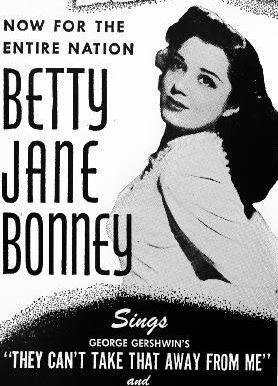 however. She remained with Brown until August 1942, when she left to get married.


Bonney, who was also billed as Betty Jane Bonney, sang with Jan Savitt’s orchestra in early 1943. She left Savitt in July of that year for Jerry Wald, staying until at least November. In February 1944, she was vocalist for Frankie Carle’s first orchestra, singing during the band’s debut at the Hotel Pennsylvania. She quit Carle in May of that year to work on Broadway and study voice. She also sang for Charlie Spivak. 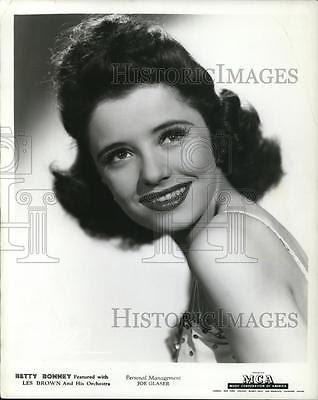 In 1945, Bonney divorced her first husband and married a recording executive. She made three soundies for Filmcraft that year and released six sides on the Victor label. Victor tried a new technique to test Bonney’s sales potential, first releasing only a limited amount of disks in the New York market. The records sold out, and the label then heavily promoted Bonney, prompting singer Dinah Shore to cry foul, claiming that Victor had focused its resources on Bonney and had ignored her own recordings released at the same time. As a result of that promotion, Billboard magazine featured Bonney on its September 22, 1945, cover. She also appeared on WNBT television in November, lip-syncing to her records in-between election coverage reports. 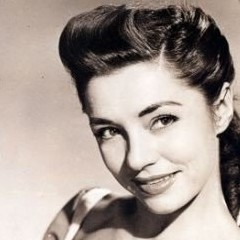 well as in print, she had trouble finding radio work, prompting her to switch booking agencies. She continued singing, appearing on stage and in nightclubs throughout the rest of the 1940s. In 1948, she recorded “Baby’s in Bermuda” on the Gem label and also appeared as part of the stage show at the Copacabana. In 1949, she sang and danced in the Broadway musical High Button Shoes. She also toured with the production. In 1949, she signed with the Rainbow label.

In 1950, Bonney changed her professional name to Judy Johnson 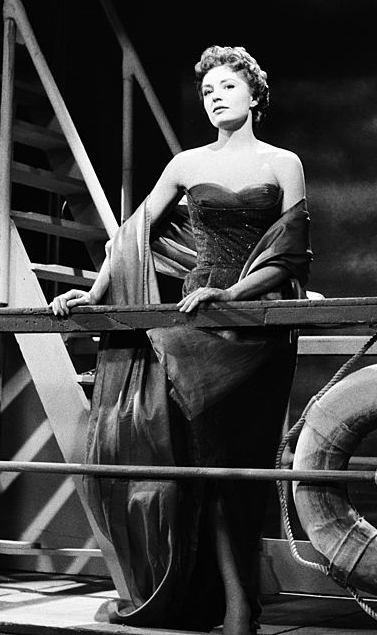 and in June of that year became vocalist for Sammy Kaye, though she didn’t stay with the bandleader for long. Also in 1950, she made the first of what would be several television appearances throughout the decade, which included guest spots on Arthur Murray’s Dance Party and Guy Lombardo’s short-lived program. She performed multiple times on Your Show of Shows, often with duet partner Bill Hayes.

Johnson recorded two sides with Hayes for MGM in 1952. In 1953, she recorded solo on the Tempo label as part of a series of disks commissioned by the Navy for enlistment purposes. She also recorded on the Bell label that year. Owned by Pocket Books, Bell released inexpensive 78rpm singles for 35 cents each. In 1956, she made a polka record on Victor.

In 1953, Johnson toured the nightclub circuit with a backing male group, calling her act Judy and Her Dates, and in 1955 she appeared in a New York revival of Guys and Dolls. In 1954, she married Mort Lindsey, who later went on to lead the orchestra for Merv Griffin’s television program. He also worked as musical director for Judy Garland and Barbara Streisand. 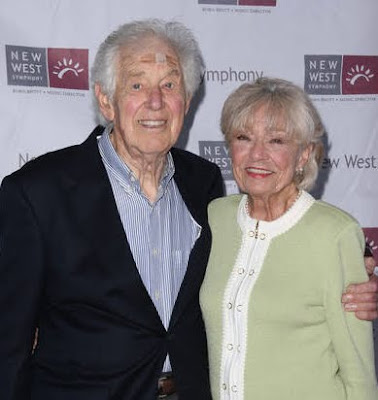 Johnsons last television singing appearance was on The Arthur Murray Party in 1959. Latest news is that as Betty J. Lindsey she survived her husband who died in 2012, and still resides in Malibu, Califonia.    (Info mainly from bandchips.com)

Well it's not for the want of trying. I did manage to find just a few of Bonny's records as mp3's, but none of her as Judy Johnson and not enough to compile a CD. It's a shame as she recorded many sides for Les Brown and lots of solo sides which I just cannot find within my allotted daily internet time. So if any of you intrepid music buffs have some of hers to share please feel free to help!

Nice write-up. Here's a bit of trivia. Her music was brought to a new generation when "Seinfeld" used a bit of the song you posted, "Joltin' Joe DiMaggio" at the end of the episode "The Note," which first aired in Sept. 1991.

It's the episode where George gets a doctor's note so he can get a massage, but its subplot has Kramer spotting Joe DiMaggio at "Dinky Donuts."

I can't find much of her music floating around online either. Maybe the problem was her changing her name. Now you have two semi-famous "people" instead of one famous person. Same thing happened to Luther Grosvenor/Ariel Bender of Mott the Hoople.

If I see an LP collection at a record show of her work, I'll pick it up. But she barely even registers on Discogs.com, so I wonder how much she released and how much stayed in print for very long.

Update: I pulled out that "Seinfeld" episode. They used 45 seconds of "Joltin' Joe DiMaggio" and it takes up the entire closing sequence. It's on the DVD, so this song has been in regular circulation for decades now. Surprised no one thought to reissue her stuff. Also, on the DVD, the recording has crackles and pops, so it looks like they used the original 45 and there was never a CD reissue.