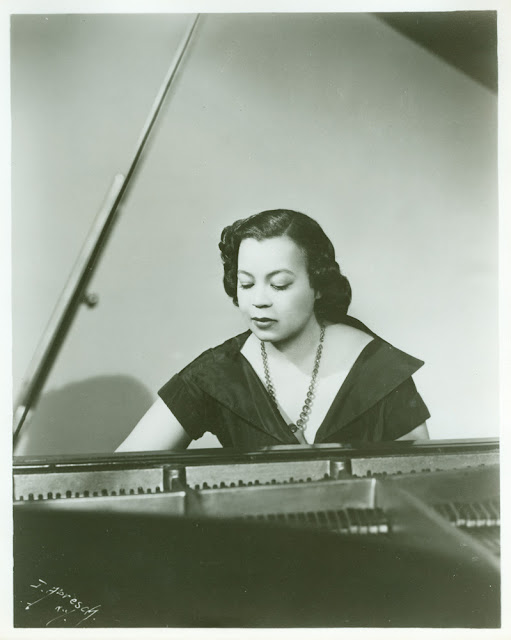 Margaret Allison Bonds (March 3, 1913 – April 26, 1972) was an American composer and pianist. One of the first black composers and performers to gain recognition in the United States, she is best remembered today for her frequent collaborations with Langston Hughes. 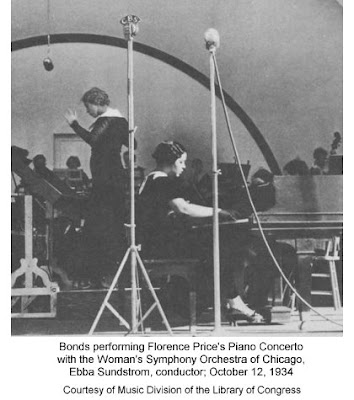 Margaret Bonds received great acclaim during her lifetime as a composer, pianist, and teacher. She was the first black soloist to perform with the Chicago Symphony Orchestra in 1933, an event that has been chronicled as one of the historic moments of black pride in American history. Ironically, she seems to have been denied the credit for her most famous work of arranging and song-writing, the gospel hymn "He's Got the Whole World in His Hands." This song is known around the world, has been performed countless times, and is considered by most listeners to be "just" a traditional song. Not so. The arrangement of the song that is commonly performed is an arrangement that is lock, stock, and Bonds'.


She also wrote for choir, orchestra, and piano as well as songs in both the popular and art genres. She was at the heart of the great 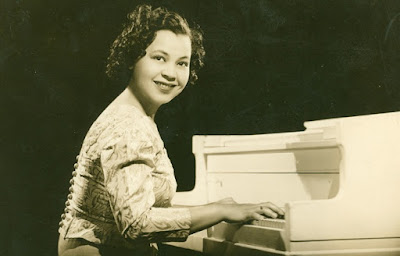 developments in black classical music through three decades beginning in the '20s, that term meant to encompass jazz as well as gospel and classical music. She might not have kept "He's Got the Whole World in His Hands" in her hands, but most of her catalogue of compositions is easy to acquire in published forms. Her most famous cycle of art songs is the "Three Dream Portraits, based on the poetry by Langston Hughes and first published in 1959.

A native of Chicago, Bonds grew up in a home visited by many of the leading black intellectuals of the era; among houseguests were soprano Abbie Mitchell and composers Florence Price and Will Marion Cook. 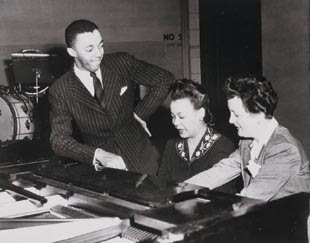 and showed an early aptitude for composition, writing her first work, Marquette Street Blues, at the age of five. She continued to study piano with Florence B. Price and composition with William Dawson, completing both a bachelor's and master's degree at Northwestern University at 21 years old. She then went on to the Juilliard School, where she studied with Tobert Storer, Henry Levine, Roy Harris, and Emerson Harper.


Upon her high school graduation, Bonds became one of the few 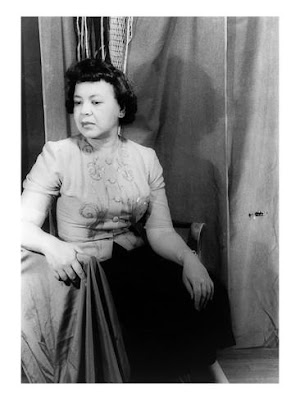 black students at Northwestern University. Her song "Sea-Ghost" won a Wanamaker Award in 1932; two years later, at the age of 21, she left Northwestern with a bachelor's and master's degree, both in music. She opened a short-lived school, the Allied Arts Academy, at which she taught art, music, and ballet.


he performed as a pianist with numerous local organizations, appearing in 1933 with the Chicago Symphony Orchestra and performing Florence Price's piano concerto with the Women's Symphony Orchestra of Chicago the following year. In 1939 she moved to New York City; there, she edited music for a living and collaborated on several popular songs. 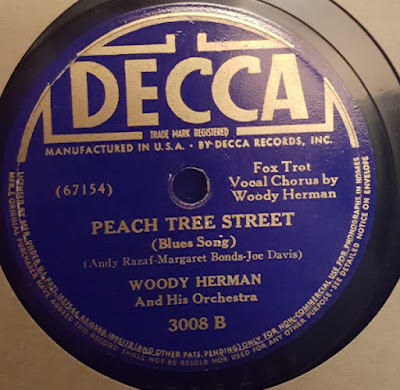 That same year, an adaptation of "Peach Tree Street" appeared in Gone With the Wind. The latter song, based on a popular Atlanta thoroughfare, was recorded by Louis Armstrong and Woody Herman, among others. In 1940 Bonds married a probation officer named Lawrence Richardson; the couple later had a daughter. 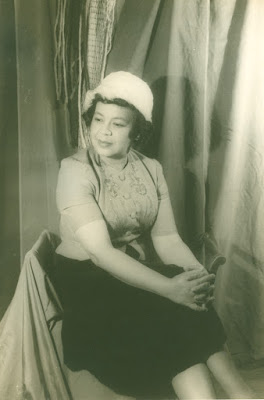 Among Bonds' works from the 1950s is The Ballad of the Brown King, a large-scale work originally for voice and piano, but later revised for chorus, soloists, and orchestra. The piece was first performed in December 1954 in New York. Bonds was writing other works during this period of her career, as well; her Three Dream Portraits for voice and piano, again setting Hughes' poetry, were published in 1959; her D Minor Mass for chorus and organ was first performed in the same year.


She was both a respected performing pianist and teacher in Chicago and New York through the mid-'60s, her students including the composer Ned Rorem, among many others. In 1967, she relocated to Los Angeles, where she began working on film music and with the Inner City Institute and Repertory Theatre. Hughes was her greatest collaborator. The two worked on a series of songs and musical theatre works including the musical Shakespeare in Harlem and the cantata "Ballad of the Brown King."

﻿ She received the Northwestern University alumni medal in 1967. Her "Credo" for baritone, chorus, and orchestra was performed by the Los Angeles Symphony Orchestra conducted by Zubin Mehta shortly after her death in 1972.


Here’s a clip of “Over My Head  & You Can Tell The World”, arr. Margaret Bonds. Performed on April 22, 2017, by Andrew J. Darling, countertenor, and Michael S. Caldwell, piano, at the John J. Cali School of Music, Montclair State University. Recorded and edited by Rodney Leinberger.

Although I couldn't find any recordings by Margaret Bonds , I did stumble across this album by Maria Corley which has Bonds 1967 composition "Troubled Water" as the end track. Other than splitting it up I have opted to post the whole album...so for

Few classical compositions by African-American women are played with any regularity, and those that do show up on concert programs often do so because of their (or their composers') status as "firsts." There is one of those here: the Piano Sonata in E minor of Florence Price, a composer who achieved professional distinction unheard of for an African-American woman in the 1930s. That sonata circulated, often with Price at the piano, around the U.S. Midwest for some years. But the rest of the music on the disc qualifies as genuinely obscure. And that's why it's a special pleasure to report that Jamaican-Canadian pianist Maria Corley has unearthed some real gems.

All of the music, in one way or another, bears witness to balancing acts, turning mainstream stylistic trends to specifically African-American ends. L. Viola Kinney's Mother's Sacrifice, composed in 1909, takes the potted-palm idiom of Ethelbert Nevin into more intense emotional realms. Perhaps the highlight of the bunch is the set of Portraits in Jazz by Valerie Capers, a blind composer active in New York City. These little pieces (mostly a minute or so long) are not jazz solos "in the style of," but short classical compositions flavoured with the styles of various jazz musicians or locales. The evocations of modern jazz musicians are the most effective -- Capers manages the impressive trick of writing music that suggests Thelonious Monk (The Monk, track 5), Charlie Parker (Blue-Bird, track 12), and John Coltrane (Cool-Trane, track 13) without imitating these highly distinctive jazz stylists.

Her rhythmic idiom hovers between jazz and classical conceptions, and the same might be said of that of Margaret Bonds in Troubled Water (1967). The short pieces by Dorothy Rudd Moore and Undine Smith Moore make use of modern techniques in entirely distinctive ways. The Price sonata, a bit diffuse, nevertheless has a main opening-movement theme that artfully suggests African-American syncopations without actually being jazz or ragtime. In this work Corley needs more zip and punch; Price was quite a virtuoso. But in general she handles the variety of styles well.