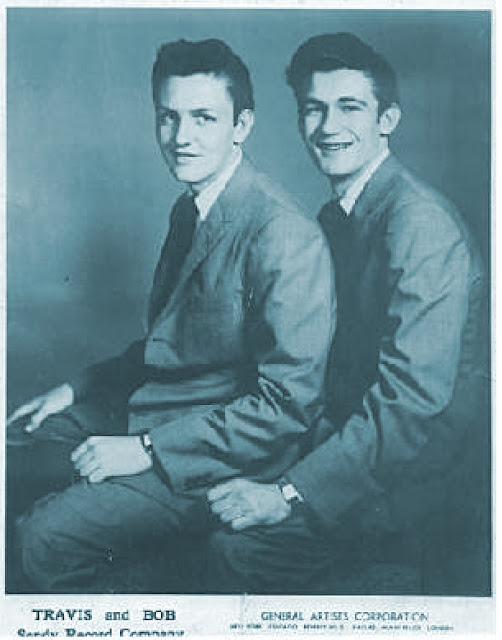 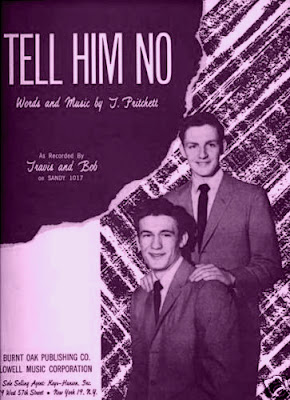 Travis and Bob from Jackson, Alabama, a small town in Clarke County, with a population of 5,419 at the 2000 census. They attended the local grammar school together and had a common interest in making music. A DJ at WPBB, Jackson's hometown radio station, suggested that they go to Mobile to make a demo. A guy called Henry Bailey had a little sound studio there and was so enthusiastic about their song "Tell Him No" that he introduced Travis and Bob to Johnny Lee Bozeman and Paul Dubois, who owned the Sandy label in Mobile. Dubois and his brother Johnny recorded the duo in a garage in their hometown, Gulfport, Mississippi. "Tell Him No" was the first song Travis Pritchett ever wrote. 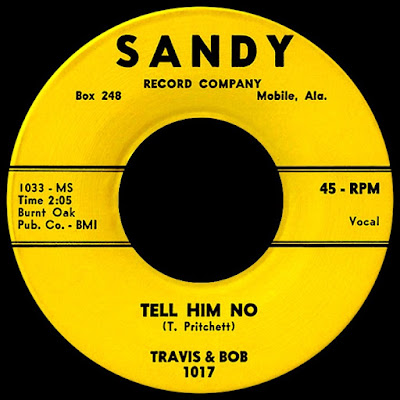 The record took off immediately and the Sandy label, which had never had a hit before, arranged a deal with Randy Wood's Dot label to ensure that the record would get national distribution. By
April 1959 the disc had climbed to # 8 on the Billboard charts. A cover version by Dean and Marc (the Mathis brothers, who had 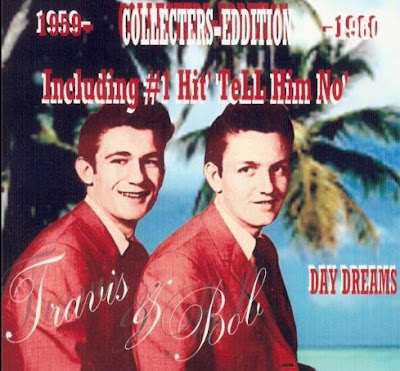 worked with Dale Hawkins and would later form the nucleus of the Newbeats) also charted, on the Bullseye label, peaking at # 42. There were other covers : by the Jackson Brothers (Atco 6139, issued in the UK on London HLX 8845) and in the UK by the Mudlarks and the Lana Sisters, a trio that included a youthful Dusty Springfield. The Travis and Bob version was released in the UK on Pye International N 25018, but did not chart there, though it was a hit in several other European countries, like my native Holland, where it went to # 2. 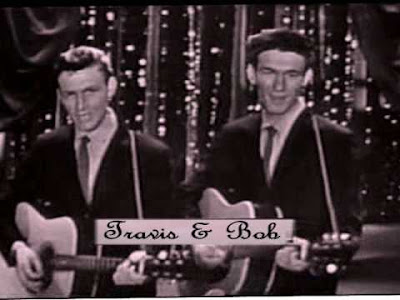 Yeah"/"Lover's Rendezvous" followed soon thereafter, but sold even fewer copies and "Wake Up And Cry"/"That's How Long" (Sandy 1029, March 1960) was their swan song on Sandy, though an album's worth of stuff was recorded. "They had quit trying on us", said Travis. "They'd made some bucks, and they were satisfied. It woulda meant puttin' more money into us".

Travis and Bob are sometimes compared to the Everly Brothers, but they were not in that league. A comparison to the Kalin Twins is more appropriate and for Mercury they cut one song by the 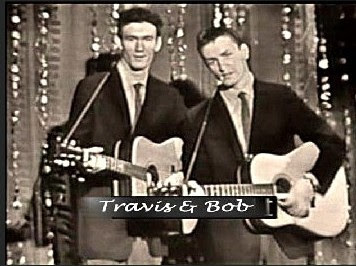 Kalins, "The Spider And the Fly" (recorded prior to "When"). Wesley Rose, hot for a duo after losing the Everly Brothers, tempted them with 10 grand if they would sign to his Hickory label. But Bob Weaver had developed a deep mistrust of the music industry and would not go along with the plan.


He and Travis parted ways, with Travis continuing as a solo act and songwriter. In 1964 the duo reformed to tour with mark Dinning through the Southern States, but to no avail after which they went their separate ways. 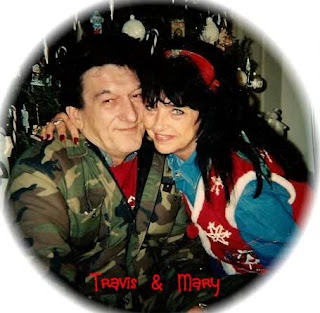 Travis attempted a revival  in 1978 with a recording of  his own composition “Baby You’ve Still Got It” for the  Commercial Record Corporation label but would later work in insurance for many years retiring in 1985 as district manager. He later worked part time as a bank guard in Mobile.

(Edited from Black Cat Rockabilly and The Billboard Book of One-Hit Wonders by Wayne Jonick)
Posted by boppinbob at 03:57

Watch this space for (hopefully) a link to a compilation of Travis & Bobs recordings.(Fingers crossed)

Thank you to William @ loadsamusic forum for the share