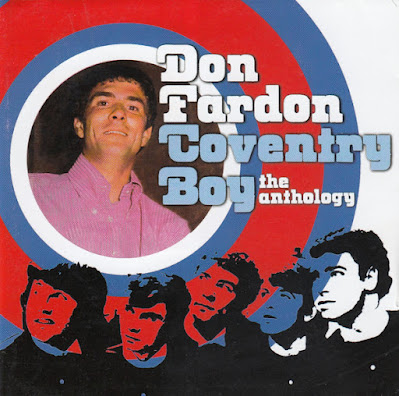 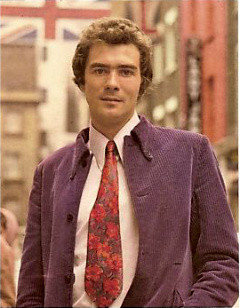 He was born Donald Arthur Maughn in Coventry, Warwickshire, England. Don's interest in music began at an early age when, on Sunday evenings, he would to go to the Coventry Hippodrome to see the big band concerts performed there. Later on, when he had begun work as an apprentice draughtsman with an engineering company, he took on an extra job at The Locarno. It was there that he saw his first 'electric band' The Hawks. Soon afterwards Don became their manager. A month later he had them booked to do a gig in Rugby. The band's lead singer failed to arrive. 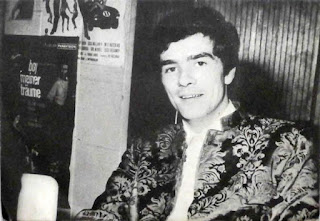 Don duly took over vocal duties and when the singer did arrive he was sacked. During his time with The Hawks Don's stage name was Will Pity. Next up for Don was The Vikings, a band he had formed himself along with Coventry guitarist Jim Smith. Jim had contacts in London and was able to get them a gig at the 2i's coffee bar in Old Compton Street, Soho. Known by now as Webb Stacey, it was there that he would rub shoulders with the likes of Cliff Richard and Marty Wilde. 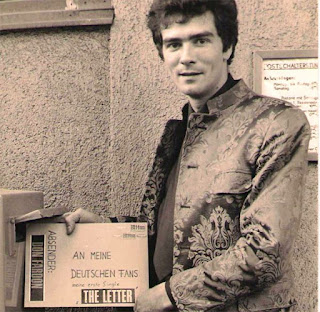 After 18 months with The Vikings, Don was approached by the management of Coventry group Johnny and the Rebels who asked him to become their lead singer. This he did for the next two years after which he sang with the Millionaires. Before his solo success, Fardon was a singer with The Sorrows. As thier vocalist, Maughn was featured on this cult act’s most durable release, the pulsating ‘Take A Heart’. A number 21 hit in September 1965, its hypnotic, throbbing beat was maintained on subsequent releases, several of which the singer co-composed. Here, however, he preferred to use an alternative surname, Fardon, which was then retained for the artist’s solo career. 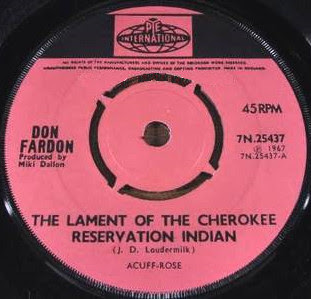 His cover version of John D. Loudermilk’ s ‘(The Lament Of The Cherokee) Indian Reservation’ gave him his biggest success  (1968, Billboard Hot 100: number 20; 1970, UK: number 3; Australia: number 4). The global sales were estimated at over one million copies. His follow-up single "Belfast Boy", composed in honour of the Manchester United and Northern Ireland player George Best, reached number 32 in the UK single chart. "Follow Your Drum" reached number 16 on the Australian Singles Chart in May 1972. In 1973, his track "Delta Queen" reached number 86 on the Billboard Hot 100 chart.  He covered The Kinks' hit, "Lola" in 1974. Fardon also released a cover version of "Running Bear". 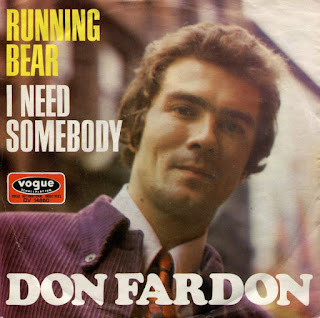 Yet despite several further releases in the early 70s, some of which were remakes of former Sorrows material, Fardon was unable to secure consistent success. He went into the licensing trade, running pubs in Coventry and Eathorpe, while continuing to work on the cabaret and country circuits. He later helped run a security firm looking after pop stars, but he had not given up music altogether.In the 1990’s Don formed a country and western band and spent time in Nashville recording line dance albums. 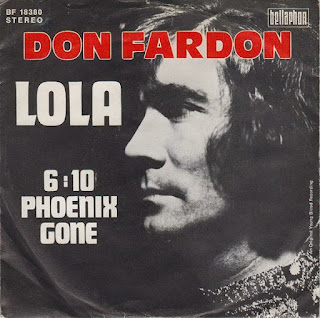 In 2006 he re-released his single, "Belfast Boy", in tribute following the death of George Best. His 1969 recording of the song "I'm Alive" (a cover of Tommy James & The Shondells) has been featured in a UK television advertisement for Five Alive fruit drinks, and a Dutch Vodafone commercial. On the back of the success of the latter, "I'm Alive" was reissued in the Netherlands and in March 2011, it reached the Top 20 of the Dutch singles chart. 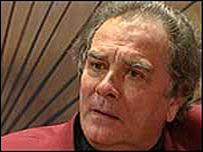 In 2011, the Sorrows were re-formed by Fardon and Packham, and they began performing live again. After invited visits to Italy, Spain and various UK Mod weekenders during 2012, the band performed in Los Angeles and Spain in 2013 which marked thier 50th anniversary. According to bandsintown.com., The Sorrows last concert was in Brooklyn N.Y. during June 2020. No other press releases found after that date.

A big thank you to Denis for suggesting today’s birthday singer and also for the loan of the above album.