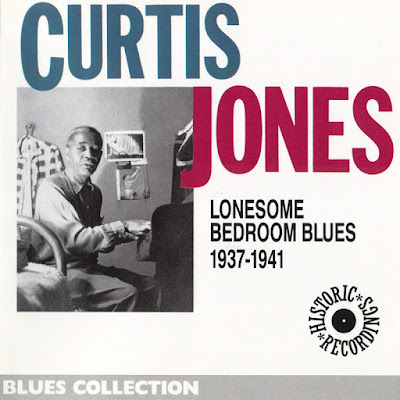 Curtis Jones (August 18, 1906 – September 11, 1971) was a melodic, Texas Blues pianist with a distinctive light touch, who enjoyed a successful recording career in Chicago before WWII, and then had a revival on the 60s Blues scene. 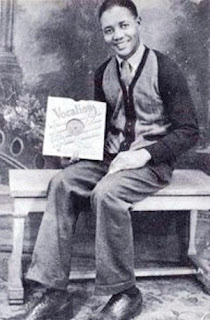 One of seven children Curtis Jones was born  in the sharecropping community of Naples, Cass County, Texas. His early child hood was much the same as that of other black children of the day; as soon as he was able he was working in the fields, but in Curtis's case his time came quicker due to the death of his mother in 1912. By the time he reached his teens he had suffered sufficiently from the sharecropping and fled for the big city of Dallas. Once there he used the guitar technique he had been teaching himself as a child as a basis for playing the organ or piano at a variety of local venues. 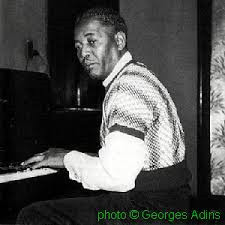 In 1929, Curtis Jones left Dallas working his way through the Mid and Southwest via Kansas City, then travelling to New Orleans where, it would seem, he married a girl called Lulu Stiggers, and finally joining various performing troupes enroute to Chicago. Arriving there in 1936, he formed his own group and began playing at rent parties and in Southside joints or bars. Soon he was spotted by Vocalion talent scout Lester Melrose, who arranged a recording session on Tuesday 28th September 1937. Jones cut four titles of which only "Lonesome Bedroom Blues" and "You Got Good Business" were released. 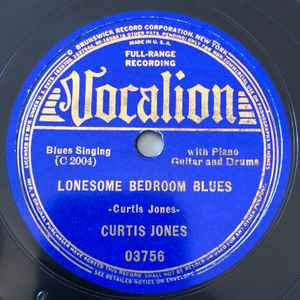 The former title was apparently written as a eulogy for his wife, who had recently died and was a monster race hit, so much so that another Chicago label, Bluebird, "kidnapped" him for a recording session the next month, releasing the sides under the pseudonym of "The Texas Wonder". 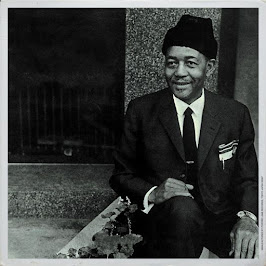 Over the next five years Curtis Jones was in the studio no fewer than twenty times, recording some hundred titles. None, however, was to prove as popular as "Lonesome Bedroom Blues" although he did have passable sales with "Highway 51 Blues" and "Bull And Cow Blues". The recording company even teased out of Jones a "Lonesome Bedroom Blues No.2" and "I Feel So Good In My Bedroom" in an attempt to get as much mileage out of the tune as possible. 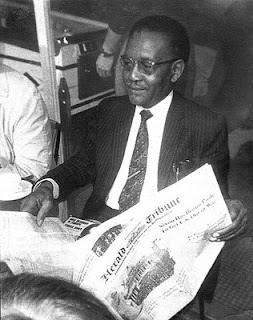 In 1936 he relocated to Chicago, where he recorded between 1937 and 1941 on Vocalion, Bluebird, and OKeh. Among his best-known tunes from these recordings were the hit "Lonesome Bedroom Blues" and the song "Tin Pan Alley". His "Decoration Blues" though unissued at the time, was recorded by Sonny Boy Williamson I in 1938. The War stopped Curtis’s career, but he re-emerged in 1953 with the double-sided ‘Wrong Blues/ Cool Playing Blues’ on the Parrot label. In 1960, Curtis cut his first album, ‘Trouble Blues’ on the Bluesville label with Johnny ‘Big Moose’ Walker on guitar. by which time he had become a noted performer on the Chicago folk music scene. 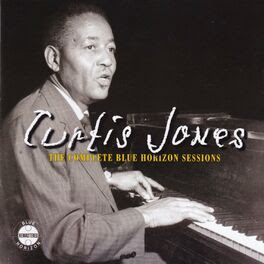 Curtis Jones spent the next two years in North Africa, mainly Morocco, then toured Spain, Greece and finally France between 1966 and 1967. In 1968 he was part of the American Folk Blues Festival which toured England and while here recorded an album for Mike Vernon's Blue Horizon label, appropriately entitled "Now Resident in Europe" with Alexis Korner on guitar. The album failed to get the promotion, sales or acclaim Jones obviously thought it worthy of, as he made clear at the time. 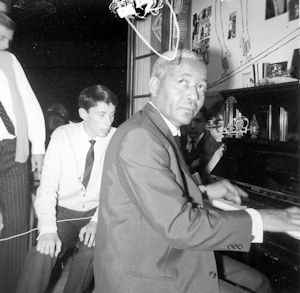 He then returned to Germany, spent the following three years working concert or club dates in Europe, and died unexpectedly from a heart attack at the Schwabinger Krankenhause in Munich, Germany on September 11, 1971 at the age of 65. He was buried nine days later in a pauper's grave at the Perlacher Forst Cemetery. Eight years later his grave was sold because no one had paid for its upkeep.

This EPM collection of 25 tracks drawn from his prewar period (1937-1941). What is sure to make this disc much preferable for most 21st century listeners is the use of noise reduction technology to deliver crisper, clearer transfers. Additionally, the titles are well-selected, allowing for a stylistic range from the low-down slowly ambling approach (typified by his two most famous tunes "Lonesome Bedroom Blues" and "Tin Pan Alley") to the bouncier, swing-paced jive of "Who You're Hunchin'," "Solid Jive," "It's a Solid Sender," and "Itty Bitty Jitter Bug." For sound quality, selection, and compact convenience, EPM’s Lonesome Bedroom Blues 1937-1941 is virtually unmatched. For a more exhaustively complete history of this artist's early works, the four volumes on Document are quite thorough. (AllMusic notes)

thanks, Bob, from my lonesome bedroom.