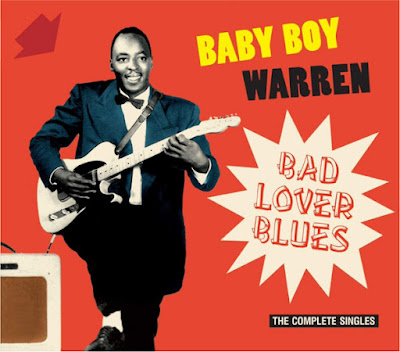 Baby Boy Warren (August 13, 1919 – July 1, 1977) was an American blues singer and guitarist who was a leading figure on the Detroit blues scene in the 1950s. The denizens of Detroit's post-war blues scene never really received their due (except for John Lee Hooker, of course). Robert "Baby Boy" Warren compiled a sterling discography from 1949 to 1954 for a variety of Motor City firms without ever managing to transcend his local status along Hastings Street. 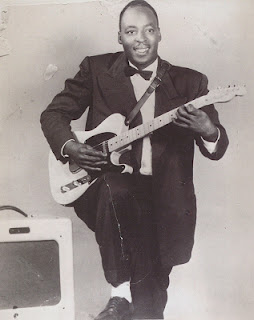 He was born Robert Henry Warren in Lake Providence, Louisiana, in 1919, and at the age of three months moved with his parents to Memphis, Tennessee. Warren was given the nickname "Baby Boy" by his older brothers when he was a child. He was one of twelve children. He was interested in music from an early age, and was working occasionally as a musician from around 1931, when he dropped out of school, having learned to play guitar from two of his older brothers. 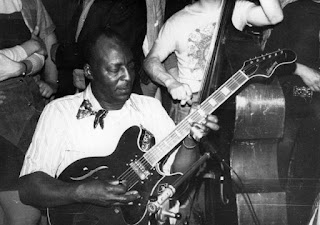 In the 1930s, he worked in W. C. Handy Park, Memphis, with Howling Wolf, Robert Jr. Lockwood and Little Buddy Doyle and he appeared on the radio show King Biscuit Time, broadcast from Helena, Arkansas, with Sonny Boy Williamson around 1941. In 1942, he moved to Detroit, where he worked for General Motors while also performing as a musician. His chief influences were Little Buddy Doyle and Willie "61" Blackwell, especially in his approach to lyrics. He stated that another musician he particularly admired was Memphis Minnie, whom he knew in Memphis in the 1930s. 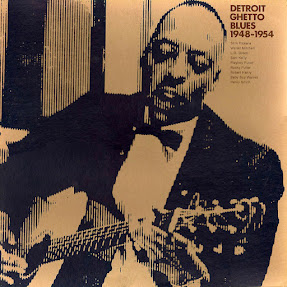 The fruits of his first recording session in 1949 with pianist Charley Mills supporting him came out on several different logos: Prize, Staff, Gotham, even King's Federal subsidiary. A second date in 1950 that found him backed by pianist Boogie Woogie Red was split between Staff and Sampson; Swing Time snagged "I Got Lucky"/"Let's Renew Our Love" and pressed it for West Coast consumption. On releases by Staff Records, Federal Records and Swing Time Records, he was credited as Johnny Williams. 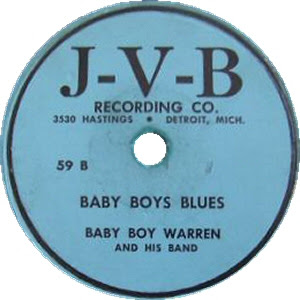 One of his most memorable sessions took place in 1954, when wizened harpist Sonny Boy Williamson came to Detroit and backed Warren on "Sanafee" and "Chuc-A-Luck," which found their way to Nashville's Excello label. Joe Von Battle's JVB imprint unleashed Warren's "Hello Stranger" and "Baby Boy Blues" from the same date. 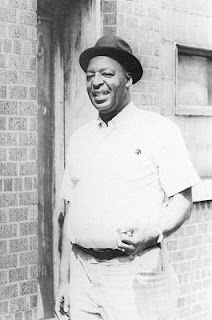 That same year, a single for powerful Chicago deejay Al Benson's Blue Lake Records coupled "Mattie Mae" and "Santa Fe."  Further sessions the same year resulted in a single on the Blue Lake label, with Boogie Woogie Red on piano and Calvin Frazier on guitar, and a reworking of the Robert Johnson song "Stop Breakin' Down" for the Drummond label.

Warren was mostly inactive in music in the 1960s but revived his career with performances at the Detroit Blues Festival in 1971 and the Ann Arbor Blues Festival in 1973 and with a tour of Europe with Boogie Woogie Red in 1972. From 1974 to 1976 he was also a featured performer, along with Willie D. Warren, with the Progressive Blues Band, a popular band that played in many of Detroit's blues venues.

He suffered a fatal heart attack at his home in Detroit, Wayne County, Michigan, on July 1, 1977, and was buried at Detroit Memorial Park Cemetery in Macomb County, Michigan. He was 57 years old. He married twice, in 1935 and in the early 1960s, and had seven children.


A leading figure in the Detroit blues scene of the ‘50s and early ‘60s, Robert “Baby Boy” Warren was a marvellous electric guitarist, singer and songwriter. Though his work remains off the music radar, Warren’s sense of song structure owes a strong debt to Robert Johnson and his lyrics are full of wry humour and mordant wit. From the first to the last of Baby Boy’s recordings, the infectious rhythms are interjected with sharp lead guitar and resounding vocals.

This CD release contains all of the hard-to-find 7” & 10” sides Baby Boy made for several different labels at the peak of his career (such as Excello, Gotham, Federal, Staff, Swing Time, and J-V-B, among other imprints). Warren’s music and charismatic personality breathed life into Detroit’s superb but often-overlooked blues scene.

Thanks for this one.

Thank you. Never heard of him, sample is great, can't wait to hear them all!

Thanks. I only know track 19