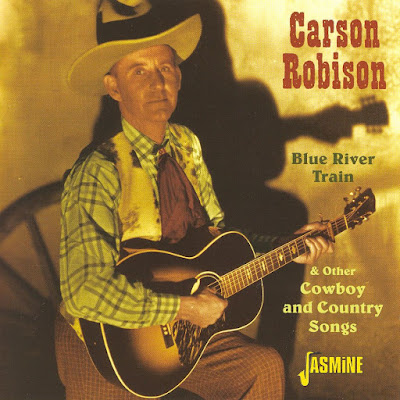 impact is generally forgotten today, he played a major role in promoting country music in its early years through numerous recordings and radio appearances. He was also known as Charles Robison and sometimes composed under the pseudonym Carlos 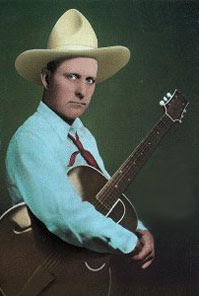 B.McAfee. With over 300 copyrighted songs, European tours, recording, and script-writing and performance for network radio to his credit, Carson Robison deserves much more than the mere mention the histories of country music give him.

Carson Jay Robison was born in Oswego, Kansas.  His family soon moved to nearby Chetopa. His father was a cowboy and a stock buyer. His mother played the melodeon, and his father and uncles played fiddle at square dances and social gatherings. By the time Robison was 15, he was earning money playing music.

After working as a cowboy, oilfield worker, soldier and railroad dispatcher, he began concentrating on music when he was 30 years old. He was discovered by recording star Wendell Hall and brought to New York in 1924. For the next several years, Robison was in demand as a session musician, playing and whistling on the records of Gene Austin, Hoagy Carmichael and others. 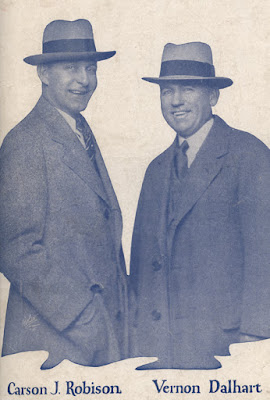 He also worked as a singer and whistler at radio station WDAF (Kansas City, Missouri) where he was known as "The Kansas Jaybird."

In 1924, he moved to New York City and was signed to his first recording contract with the Victor Talking Machine Company. Also that year, Robison started a professional collaboration with Vernon Dalhart, one of the era's most notable singers. Through this relationship, Robison realized huge success, mainly as a songwriter but also as a musician, accompanying Dalhart on guitar, harmonica, whistling, and harmony vocals. In one of their first collaborations, Robison accompanied Dalhart on the landmark recording of "Wreck of the Old '97" b/w "The Prisoner's Song" (1924), widely regarded as country music's first million-seller. 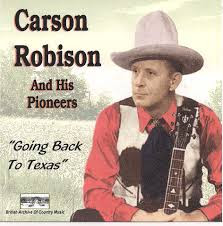 During this period, Robison also became a successful composer of "event" songs, which recounted current events or tragedies in a predictable fashion, usually concluding in a moral lesson. Some popular examples of his topical compositions include "The Wreck of the Shenandoah", "Remember Pearl Harbour", "The Wreck of the Number Nine", and "The John T. Scopes Trial", about the famous Scopes Monkey Trial. 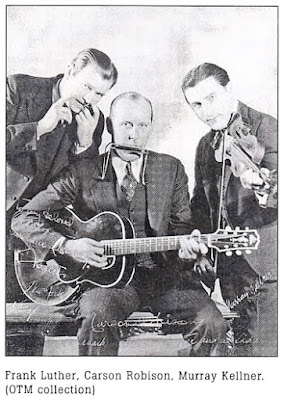 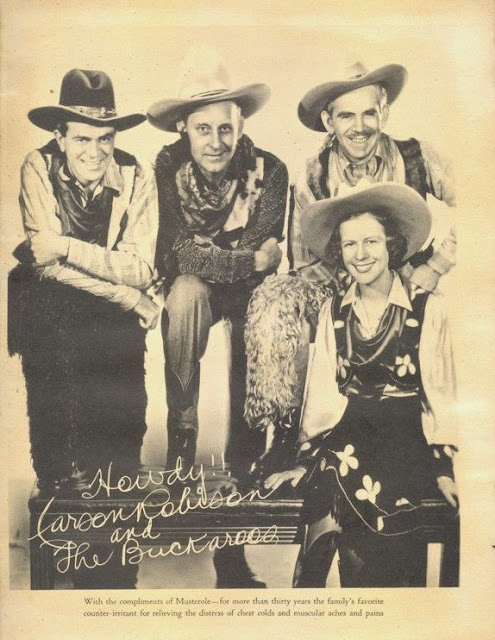 In 1932, he started his own band, Carl Robison's Pioneers (later renamed The Buckaroos), and continued touring and recording through the 1930s and 1940s. It was during this period that Robison made some of the earliest tours of a country musician in the British Isles, appearing there in 1932, 1936, and 1938. 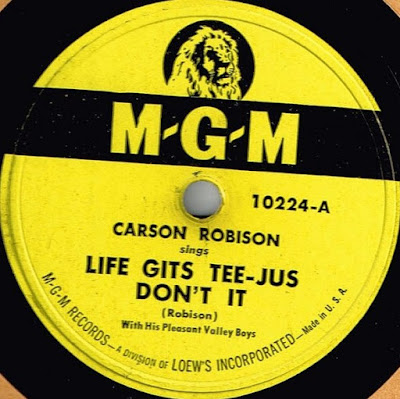 According to Billboard, his 1942 recording of the standard "Turkey in the Straw" was that year's top selling country recording.[citation needed] In the late 1940s and early 1950s he appeared on the Grand Ole Opry. His most famous recording was 1948's "Life Gets Tee-Jus Don't It", a worldwide hit for MGM Records. 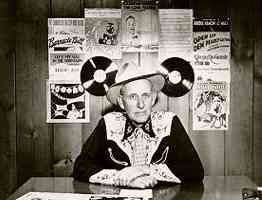 Although he played country music for most of his career, he is also remembered for writing the lyrics for "Barnacle Bill the Sailor" with music composed by Frank Luther. Also, in 1956, he recorded the novelty rock & roll song "Rockin' and Rollin' With Grandmaw."

Robison was married twice. His first marriage was to Rebecca. They had a son C. "Donald." Don was raised by his Grandmother due to the untimely death of his mother, who died from TB in her 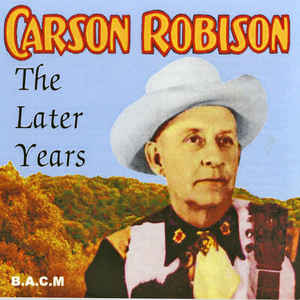 early 20s. Eventually, both father and son settled in Pleasant Valley, NY. Don followed his father to this area, as he had moved close to New York City for easy access to better his career. Don carried on his father's legacy, strictly as a non-professional music lover. He lived well into his 90s with his loving wife, Jean. This magical couple was married over 75 years.

Robison died in 1957 in Poughkeepsie, New York at the age of 66. (Info mainly Wikipedia)


Carson Robison, known in some circles as "The Granddaddy of the Hillbillies," has mysteriously missed the recognition that has come the way of his contemporaries. Including many of his best known songs: "I Was Born In old Wyoming", "The Runaway Train", "The West Ain’t What It Used To Be" and "Blue River Train". Plus his world wide hit "Life Gets Tee-Jus" Also available here is the hard to find Rock & Roll hit "Rockin’ And Rollin’ With Grandma".

Here are many fine and rare tracks covering the wide range of the repertoire of one of the most versatile singer songwriters in Country music history. (Jasmine notes)

Thanks for this Bob, hard to find anything by some of these great classic cowboy artists. :)