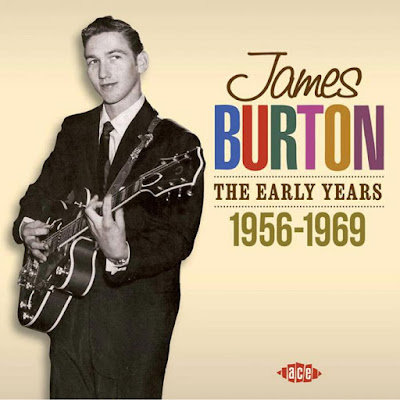 James Edward Burton (born August 21, 1939, in Dubberly, Louisiana) is considered by many to be the world's number one rock n roll guitarist. On top of that he has worked countless country sessions for everyone from Merle Haggard to Emmylou Harris on both guitar and dobro. His primary guitar has always been a 1953 Fender Telecaster.

Burton was born in Dubberly in south Webster Parish near Minden, Louisiana, to Guy M. Burton (1909–2001) and the former Lola Poland (1914–2011), a native of rural Fryeburg in Bienville Parish. She was the daughter of James and Althius Poland. Burton's wife is Louise Burton.

Self-taught, Burton began playing guitar at a young age, influenced by Chet Atkins, Elmore James and several others. The mix of country and blues was new at the time. "I was just trying to create my own identity, mixing blues and country together", Burton later explained, commenting on his famous tone, and on his technique of using fingerpicks with a flatpick instead of the more conventional thumbpick. 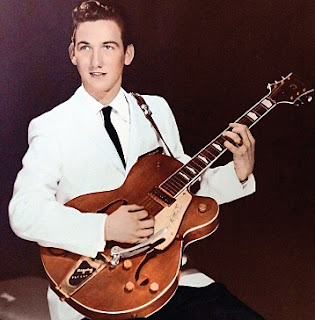 At the age of only 14, James became a professional musician, working club gigs and private parties. In 1954 he became the youngest staff musician on the weekly radio show Louisiana Hayride in Shreveport, where he grew up. The first record that he played on was "Just For A While"/"You Never Mention My Name" (1956) by Carol Williams, the very first release on Mira Smith's Shreveport-based Ram label ; James also plays guitar on several other early Ram singles. In addition to his work on the Hayride, Burton played in the band of Dale Hawkins, with whom he recorded and co-wrote "Susie-Q" in February 1957. It went to # 27 on the Billboard charts and Burton's guitar lick on "Susie-Q" has become one of the classic riffs in rock n roll. 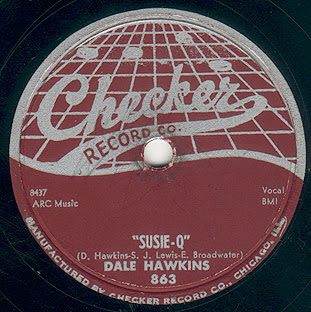 Burton then joined the band of Bob Luman, with whom he went to Los Angeles in October 1957 for an Imperial recording session. There James came to the attention of Ricky Nelson, who invited him and Luman's bassist, James Kirkland, to meet his parents. 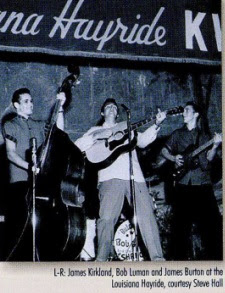 Ricky's father, Ozzie Nelson, offered Burton and Kirkland a regular spot on Ricky's television show, "The Adventures Of Ozzie And Harriet". Before James knew it he was living with the Nelson family in Hollywood. The first Ricky Nelson session that Burton worked was the one in November 1957 that resulted in the single "Stood Up"/"Waitin' In School", but it's not him taking the solos - that's Joe Maphis. But on every Ricky Nelson record after that for the next seven years, it is James Burton, starting with "Believe What You Say". On that recording James is using banjo strings for that extra twangy sound and the result is one of the greatest guitar solos ever. It's no exaggeration to say that it is Burton's work that elevates Ricky Nelson's Imperial records to greatness. 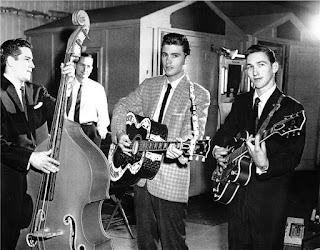 By 1965, Nelson was only on the road one month a year and Burton got bored. He accepted an invitation from TV producer Jack Good to become a regular on the weekly 'Shindig' show and to recruit a group, the Shindogs. After a year on 'Shindig', Burton disappeared into the studios for several years. While working with Ricky, he had hardly done any session work for others, but now - helped by his TV exposure - he was doing five or six sessions a day, sometimes seven days a week. He recorded with such varied acts as Merle Haggard, Frank Sinatra, the Monkees, Judy Collins, the Everly Brothers and Johnny Mathis. 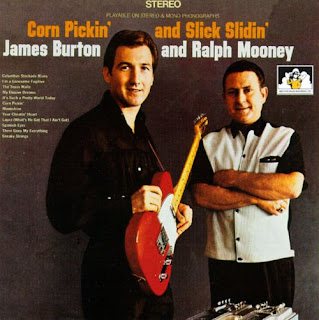 In November 1967 he cut his first album, "Corn Pickin' and Slick Slidin'" (Capitol), with steel guitarist Ralph Mooney. Up until then he had only recorded three solo singles, credited to Jimmie Burton, Jim & Joe and Jimmy Dobro respectively. Burton had started to play the dobro in 1963 ; the high point of his dobro work is his accompaniment on Merle Haggard's tribute album to Jimmie Rodgers, "Same Train, A Different Time" (1969). Burton released only two solo albums in his entire career, the second being "The Guitar Sounds Of James Burton" (1971). 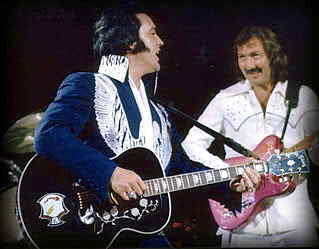 In 1969, Elvis Presley asked Burton to be his lead guitarist and manage his band. James agreed and moved to Las Vegas, Elvis's principal base of operations. He remained with Presley's touring band until the singer's death in August 1977. Through the last five years with Elvis, Burton had been working with Gram Parsons and then (after Parsons' death in 1973) Emmylou Harris. 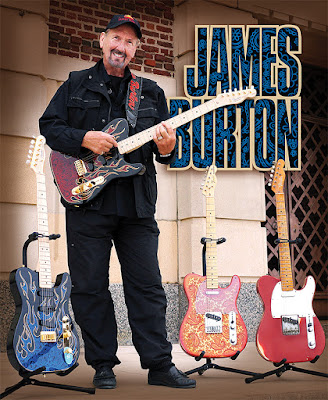 After Presley's death, Burton went on the road with John Denver and stayed with him for fifteen years. During this period he continued to do session work (for Johnny Cash, Elvis Costello, Kenny Rogers and many others) and played with the touring band of Jerry Lee Lewis in the early 1980s (starting 1979, James played on several of the Killer's albums).

In 2001 Burton was inducted into the Rock and Roll Hall of Fame, as a sideman. In the 21st century he still does occasional session work, toured Europe with the James Burton Band (in which his son Jeff is the lead singer) and has organized the James Burton International Guitar Festival in 2005, 2007, 2009, 2011 and most recently in August 2014 in Shreveport.(Info mainly from Black cat Rockabilly)

A big thank you to Mijas @ ACM2 blog for original post

For “The Guitar Sounds of James Burton” go here:

A big thank you to Marty @ Thisjukeboxrocks blog for active link.

Thank you very much!