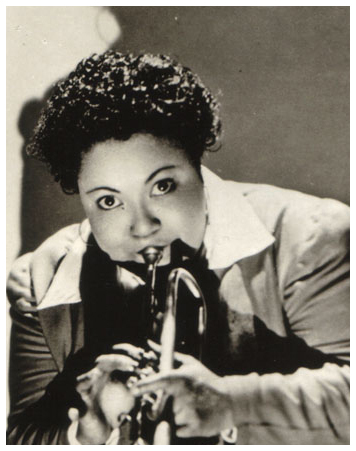 Ernestine “Tiny” Davis was a renowned jazz trumpeter and vocalist. Davis grew up in Memphis, Tennessee, to George and Leanna Carroll and was one of six children. 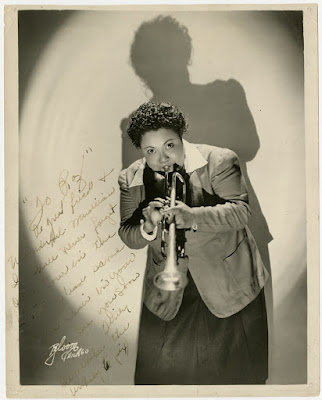 She got her first trumpet at the age of 13, taking her only lessons at Booker T. Washington High School and practicing 3 to 4 hours a day-often to Louis Armstrong records. After moving to Kansas City in her 20's, she took jobs playing in local clubs for $2 a night, listening to and learning from the excellent musicians around her.

When the family moved to Kansas City in 1935, Tiny joined a band called the Harlem-Play Girls but she was forced to leave the group a year later with the birth of her first child from her marriage to Clarence Davis.In 1941 she was drafted into The International Sweethearts of Rhythm. The group included Anna Mae Winburn, who prior to joining the group had been singing with and directing an all-male orchestra, singer and trumpeter Ernestine “Tiny” Davis, and alto saxophonist Roz Cron. Davis was nicknamed “Tiny” because of her large size. 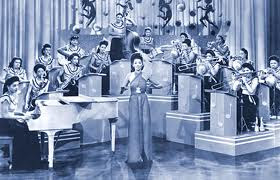 She became the main attraction of the group along with her singing and playing the trumpet with the group until 1948 (including on USO tours during World War II and in the film How About That Jive). The group was unique because it was a racially integrated group, as members were Black, Indian, Latina, white, and Puerto Rican. The all-women group came together and created music that more than held its own during the Swing Era. Louis Armstrong became fascinated and impressed with Davis and tried to lure her away from the International Sweethearts of Rhythm. He even offered her ten times her salary, but she declined the offer.

The International Sweethearts of Rhythm continued to tour. The Jubilee Sessions, originally recorded for radio broadcasts aimed toward America’s black soldiers serving during 1943 to 1946, provided a rare opportunity to hear these women play. 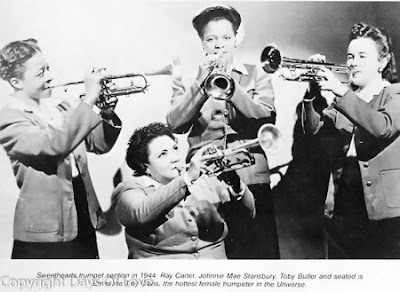 The Sweethearts did not get as much exposure to mainstream audiences in the South as the all-white, male big bands of their day because of their racial make-up and the violent racism in the region. When the band toured in the Deep South, the white band members painted their faces dark so that the police would not remove them from the bandstand and arrest them.

Tiny was highly talented, but being a woman, she was rarely taken seriously. Strangely, World War II helped a lot of female musicians, especially the International Sweethearts of Rhythm, into the spotlight simply because male musicians were away at war. Of course, this meant that when the war finished, the Sweethearts had fewer gigs, and is one of the main reasons they disbanded by 1949. 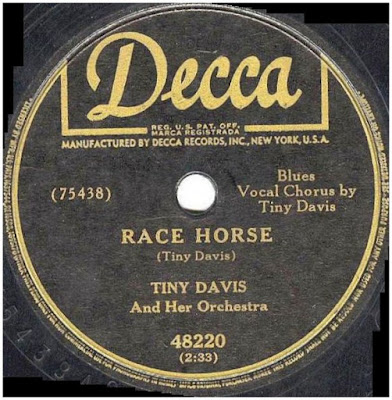 Tiny had left her husband by the late forties and formed her own band from erstwhile members of a group called the Prairie Co-Eds, which she called the Hell Divers, although the three 78 rpm records she released on Decca, in 1949, were all billed as Tiny Davis & Her Orchestra. Whatever the name, she got many national bookings. he group played the Apollo and other New York clubs and toured in Puerto Rico, Jamaica and Trinidad, finally ending up in Chicago. 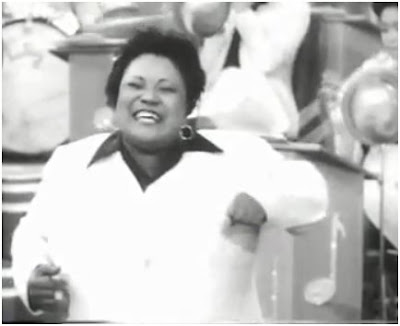 They opened a club, Tiny and Ruby's Gay Spot, in Chicago in 1954, guaranteeing them permanent gigs. But by October 1955 the club was sold for $15000 and the two women went back to playing other people's clubs. They played at Big Mike's in Old Town, the Brass Rail in the Loop, and other clubs in and around Chicago. Tiny developed arthritis which prevented her from standing for long periods on stage. Even so, it was 1982 when they last performed professionally. 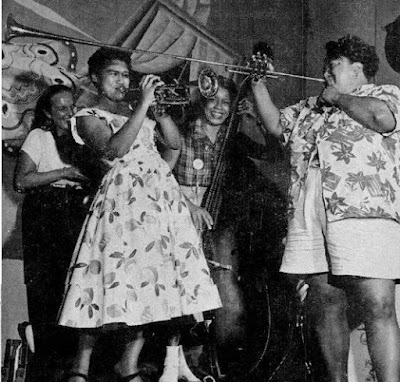 In the decades after the women retired, they became adopted as cultural icons for the Gay Rights movement. The two were subjects of a 1988 documentary entitled: "Tiny and Ruby: Hell Divin' Women" which showcased their amazing stories and engaging personalities. 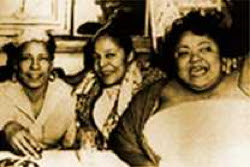 *Regarding her birth date; her application for social security (filed in 1941) gives a birth year of 1910, but other sources, including a film interview, give 1909. The African American Registry's Web site lists Davis' birthdate as Aug. 5, 1907)


A big thank you to Egroj for active link.


These are live broadcast recordings from 1944-46, the years before the band’s highly successful European trip. They include introductions by Ernie "Bubbles" Whitman whose voice must be suffered to hear some fine performances. Tiny Davis was the star of the band without question whose vocals and trumpet can be heard on “Jump Children” and in Anna Mae Wimbourn the band had a good leader-singer whose bluesy vocals are creditable. More than once they do show gauche sides – a frantic and silly Lady Be Good dominated by Pauline Braddy’s Gene Krupa-inspired drum solo (she does the same thing in Honeysuckle Rose.

The Sweethearts are joined by the Armed Forces Radio Orchestra for One O’Clock Jump and by the superior Julian Dash for his own co-composition Tuxedo Junction. Another of the best players, Vi Burnside, takes a standout sax solo on Vi Vigor and there are some good Louis Jordan licks on Don’t Get It Twisted.

The original shows were transmitted by telephone line to the recording studio where they were transcribed on 16" vinyl disks at 33 1/3 rpm (15 minutes to a side) and then shipped to military bases and military radio stations worldwide. Due to the rarity of these tracks the sound quality (although could be clearer and louder) can be overlooked as it is still listenable.Their only other releases were a few 78s for Guild Records and four songs recorded with Rosetta Records. (net notes)