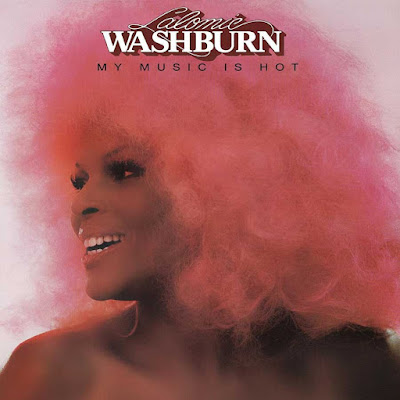 Born in Tennessee, but growing up in Omaha, Nebraska, she had shone in the local church choir like a lot of future Soul stars. Also, she had started to become an observant songwriter at a young age. Supported by her sister Thelma (who cared for Lalomie’s children whilst she was away working), she began to make a mark on the local music scene. She worked alongside acts of the stature of Ike and Tina Turner and Ernie Fields Junior and developed her own striking image, complete her trademark white afro. 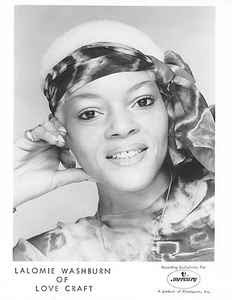 Despite having a quite wonderful voice, clear, powerful and warm, her first real success would come in providing songs for other acts. She became part of the sextet High Voltage and with this band she got to record for the first time, but they soon broke up when two of the band joined fledgling Funk titans Rufus. For Lalomie this was bittersweet as she provided “I’m A Woman” and “Your Smile” for the third Rufus record. The former, in particular, would play a large part in establishing them and in turn, Chaka Khan too. She would continue to write for Rufus and also Chaka’s solo career, whilst in 1975 she hooked up with the remnants of cult Psychedelic outfit H.P. Lovecraft under slightly adjusted Love Craft name. 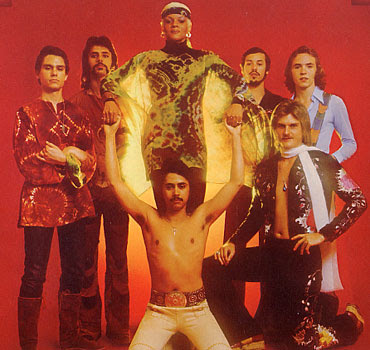 Though the album Love Craft produced We Love You Whoever You Are failed to make much of a mark, the disparate styles all concerned brought to the table meant for a one of kind record. Lalomie wrote or co-wrote all the songs and the record traversed Funk, Psych, Soul, Art Rock anything else they could squeeze in. She was what in the 70s would be called a “free spirit” and thrived in the environment of experimentation.

Though Love Craft folded soon afterwards Parachute Records, an off-shoot of Casablanca, snapped her up in 1977 as a solo entity. There she was supplied with top sessionists like Joe Sample and guitarist Wah Wah Watson as a backing band. With Washburn’s ex-Love Craft band mate Frank Capek collaborating with her to produce some top-notch songs, all was set for Lalomie to make the album of her life.” My Music Is Hot.” 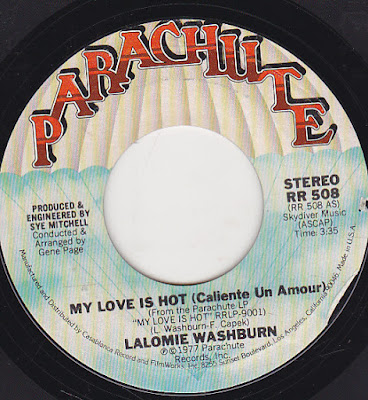 Sadly it wasn’t the massive hit record that it so clearly deserved to be. It seems the record label didn’t do much in terms of promotion and the middle 70s were of course the time of maximum market saturation. 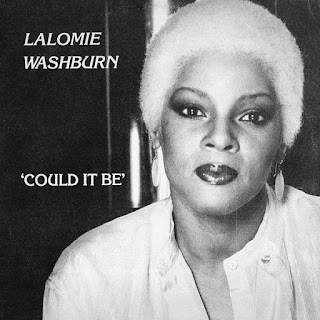 My Music Is Hot couldn’t find its way out of the mountain of vinyl released each week back then. Even so, you wonder why because this LP stands miles out from the crowd. Although it wasn’t a commercial success Lalomie picked up a following in Germany, releasing some good singles including 1991’s Try My Love  which was particularly popular in the U.K

She was a featured vocalist on Quincy Jones's album 'The Dude' (1981) and appeared on Bridgette McWilliams' album 'Too Much Woman'. (1997) 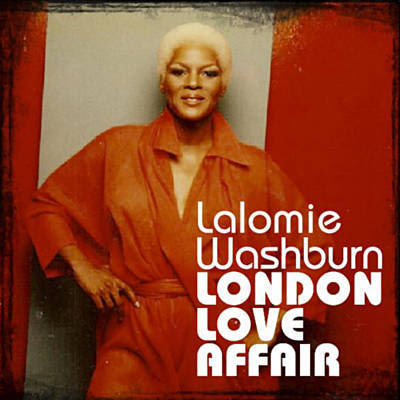 In 1994, she was a featured vocalist on Misty Oldland's album 'Supernatural'. In 1997, she released a second solo, self titled, album for the European Soulciety label. She also worked with Buddy Miles and the singer D.J. Rogers. She even returned to tour her old Omaha stomping ground, but sadly she passed away on 18th September 2004 from liver cancer in Los Angeles. In 2005 she was inducted into the Omaha Black Music Hall of Fame. (Info compiled and edited from various sources mainly an article by Ian Canty for Louderthanwar.com)

This release combines Lalomie’s first solo album “My Music Is Hot” (1977) with all of her singles and b-sides from the ‘70s Parachute recording era.

Includes the singles ‘My Love Is Hot (Caliente Un Amour), ‘Man Power (Can You Do It)’, ‘Double Funkin’ and ‘Two Sides’, plus all b-sides and alternative mixes from each of her early releases on Parachute.

A big thank you to Pascal Bently @ Bentlyfunk 2018 blog for original post.

Pour les Bonus. Great !
if you need something rare or hard to find may be i could help you !