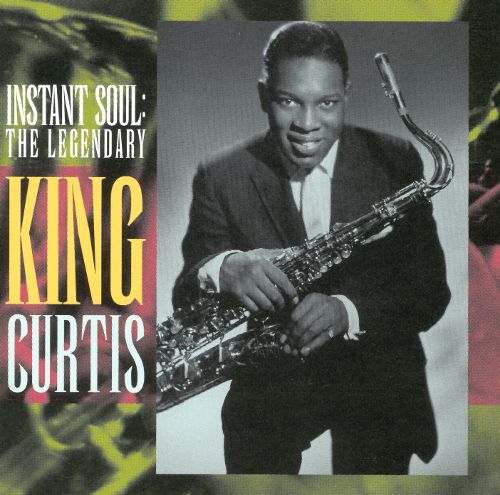 Curtis Ousley (February 7, 1934 – August 13, 1971), who performed under the stage name King Curtis, was an American saxophonist known for rhythm and blues, rock and roll, soul, blues, funk and soul jazz. Variously a bandleader, band member, and session musician, he was also a musical director and record 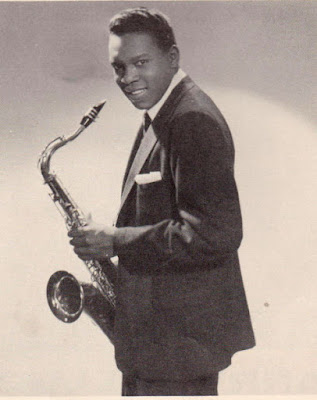 
The son of Ethel Montgomery, he was born Curtis Montgomery in Fort Worth, Texas, and was adopted, with his sister Josephine Allen, by Josie and William Ousley. Curtis Ousley attended I.M. Terrell High School, and studied and performed music with schoolmate Ornette Coleman.


Curtis started playing saxophone at the age of twelve in the Fort Worth area. He took interest in many musical genres including jazz, rhythm and blues, and popular music. As a student pursuing music, he turned down college scholarships in order to join the Lionel Hampton Band. During his time with Hampton, he was able to write and arrange music and learn guitar. In 1952 Curtis decided to move to New 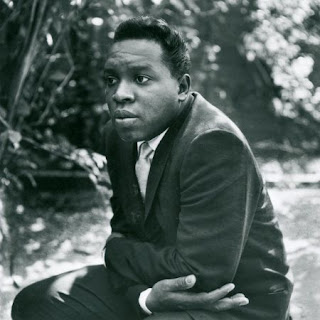 York and became a session musician, recording for such labels as Prestige, Enjoy, Capitol, and Atco. He recorded with Nat Adderley, Wynton Kelly,Buddy Holly, Waylon Jennings and Andy Williams.


Stylistically, Curtis took inspiration from saxophonists Lester Young, Louis Jordan, Illinois Jacquet, Earl Bostic, and Gene Ammons. Known for his syncopated and percussive style, he was both versatile and powerful as a musician. He put together a group during his time as a session musician that included Richard Tee, Cornell Dupree, Jerry Jemmott, and Bernard Purdie.


Curtis enjoyed playing both jazz and rhythm and blues but decided 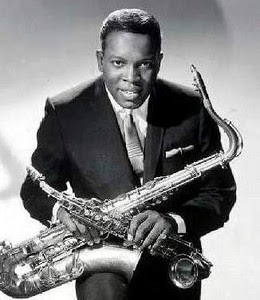 he would make more money as a rhythm and blues musician. From the 1950s until the mid-1960s, he worked as a session musician, recording under his own name and with others such as The Coasters, with whom he recorded "Yakety Yak" and "Charlie Brown", among others. Buddy Holly hired him for session work, during which they recorded "Reminiscing." Holly wrote this song, but gave Curtis the songwriting credit for flying down to the session.


His best-known singles from this period are "Soul Twist" — his highest-charting single, reaching number one on the R&B chart and number 17 on the Billboard pop chart — and "Soul Serenade." He provided backing on a number of songs for LaVern Baker, including her 1958 hit single "I Cried a Tear", where his saxophone became "a second voice". 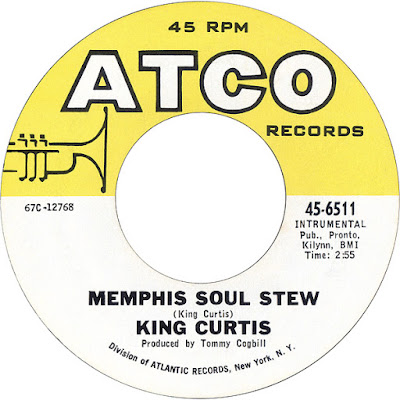 In 1965 he moved to Atlantic Records and recorded his most successful singles, "Memphis Soul Stew" and "Ode to Billie Joe" (1967). He worked with The Coasters, and led Aretha 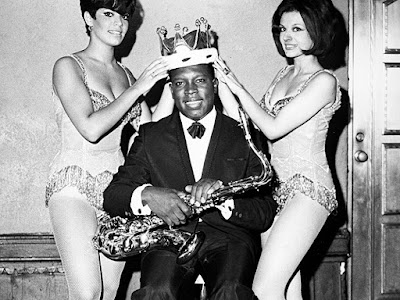 Franklin's backing band the Kingpins. The Kingpins opened for the Beatles during their 1965 performance at Shea Stadium. Curtis produced records, often working with Jerry Wexler and recorded for Groove Records during this period, including the Joe South song "Games People Play" with guitarist Duane Allman.

In March 1971 he appeared with Aretha Franklin and the Kingpins at the Fillmore West. In July 1971, Curtis recorded saxophone solos on "It's So Hard" and "I Don't Wanna Be a Soldier" from John Lennon's Imagine. Along with the Rimshots, he recorded the original theme song for the 1971 hit television show Soul Train, ﻿
titled "Hot Potatoes". On June 17, 1971 Curtis played at the Montreux Jazz Festival, in the Casino Kursaal, with Champion Jack Dupree, backed by Cornell Dupree on guitar, Jerry Jemmott on bass and Oliver Jackson on drums.﻿﻿


Curtis was killed on August 13, 1971, when he was stabbed during an argument with a pair of drug dealers he discovered on the steps outside his Manhattan apartment. Curtis was attempting to carry an air conditioner into his apartment when Juan Montanez refused to move from the entrance. A fight ensued and Montanez stabbed 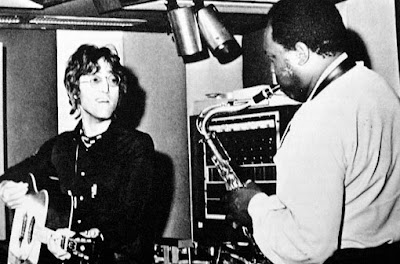 Curtis. Curtis later died at Roosevelt Hospital. In March 1972, Montanez was sentenced to seven years for second-degree manslaughter, but was released in late 1977 for good behaviour. 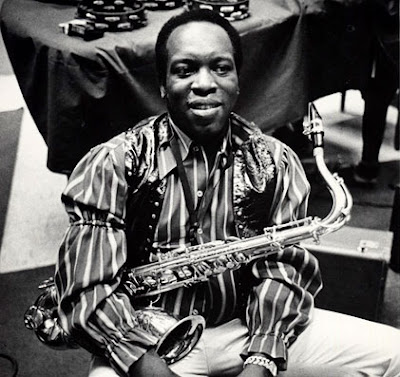 In 1970, a year before his death, Curtis won the Best R&B Instrumental Performance Grammy for "Games People Play". He was posthumously inducted into the Rock and Roll Hall of Fame on March 6, 2000.    (info edited from Wilipedia)

A big thank you to Jjake @ Jukenox City for active link

LOL Getting tired ? "Jjake" and "Jukenox" ? Anyway, thanks for a great blog !

Ha Ha ! Yep I sure am tired, especially in the evenings plus poor eyesight doesn't help. I allow myself about an hour to seek out info, photo's and record links on a birthday boy or girl. Sometimes a bit longer if I have to upload an album. Proves us old bloggers are human after all!
Anyway thanks for your thanks Jake.
Regards, Bob