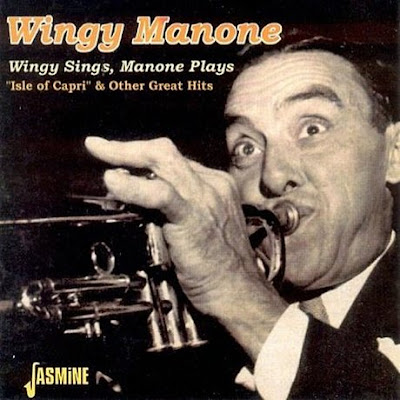 
Manone was born Joseph Matthews Mannone in New Orleans, Louisiana. He lost an arm in a streetcar accident, which resulted in his nickname of "Wingy". He used prosthesis, handling it so naturally and unnoticeably that his disability was not apparent to the public. Jazz violinist Joe Venuti, who was a notorious practical joker and good friend of Manone, used to send “Wingy” a single cufflink every year on his birthday.


He played trumpet in riverboats starting when he was 17, was with the Crescent City Jazzers (which later became the Arcadian Serenaders) in Alabama, and made his recording debut with the group in the mid-'20s. He 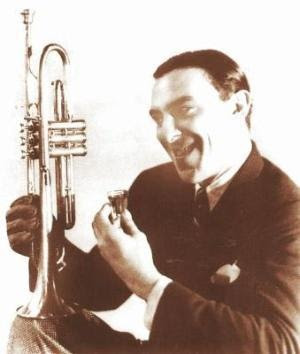 worked in many territory bands throughout the era before recording as a leader in 1927 in New Orleans. By the following year, Manone was in Chicago and soon relocated to New York, touring with theatre companies.


His hit records included "Tar Paper Stomp" (an original riff composition of 1929 that was later used as the basis for Glenn Miller's "In the Mood"), and a hot 1934 version of a sweet ballad of the time "The Isle of Capri", which was said to have annoyed the songwriters despite the royalties revenue it earned them. 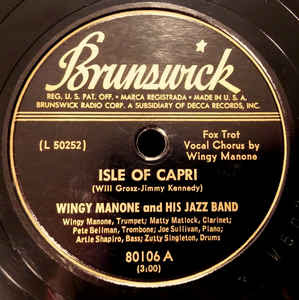 Manone was an esteemed musician who was frequently recruited for recording sessions. He plays on some early Benny Goodman records, for example, and fronted various pickup groups under pseudonyms like "The Cellar Boys." His style was similar to that of fellow New Orleans trumpeter Louis Prima: hot jazz with trumpet 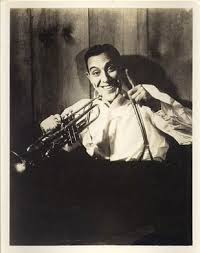 
Manone's group, like other bands, often recorded alternate versions of songs during the same sessions; Manone's vocals would be used for the American, Canadian, and British releases, and strictly instrumental versions would be intended for the international, non-English-speaking markets. Thus there is more than one version of many Wingy Manone hits. Among his sidemen on his 1935-1941 recordings were Matty Matlock, Eddie Miller, Bud Freeman, Jack Teagarden, Joe Marsala, George Brunies, Brad Gowans, and Chu Berry.
Among his better records are "San Antonio Stomp" (1934), "Send Me" (1936), and the novelty hit "The Broken Record" (1936). He 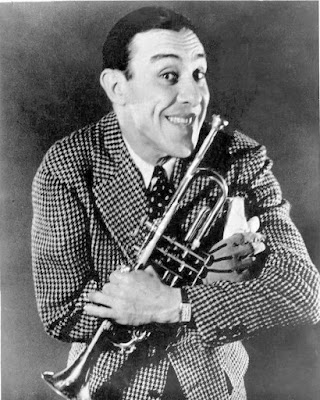 and his band did regular recording and radio work through the 1930s, and appeared with Bing Crosby in the movie Rhythm on the River in 1940 and would later appear on many of Crosby's radio shows.


In 1943 he recorded several tunes as "Wingy Manone and His Cats"; that same year he performed in Soundies movie musicals. One of his Soundies reprised his recent hit "Rhythm on the River." His  autobiography, Trumpet on the Wing, was published in 1948.


From the 1950s he was based mostly in California and Las Vegas, Nevada, although he also toured through the United States, Canada, and parts of Europe to appear at jazz festivals.


In 1957, he attempted to break the teenage rock & roll market with 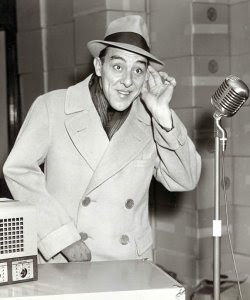 his version of Party Doll, the Buddy Knox hit. His version on Decca 30211 made #56 on Billboard's Pop chart and it received a UK release on Brunswick 05655.


Wingy Manone's compositions include "Tar Paper Stomp" (1930), "There'll Come a Time (Wait and See)" with Miff Mole, "Tailgate Ramble" with Johnny Mercer, "Stop the War (The Cats are Killin' Themselves)" (1941) on Bluebird, "Trying to Stop My Crying", "Downright Disgusted Blues" with Bud Freeman, "Swing Out" with Ben Pollack, "Send Me", "Nickel in the Slot" with Irving Mills, "Jumpy Nerves", "Mannone Blues", "Easy Like", "Strange Blues", "Swingin' at the Hickory House", "No Calling Card", "Where's the Waiter", "Walkin' the Streets (Till My Baby Comes Home)", and "Fare Thee Well". 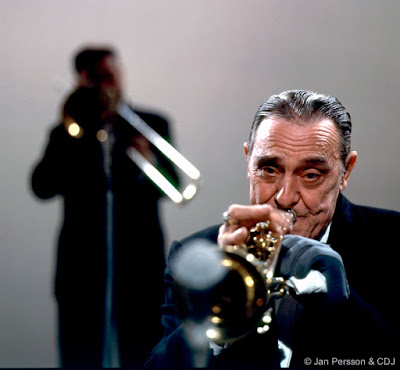 Wingy stayed active in music and continued to lead and tour with his bands for the rest of his life. He died on July 9, 1982 in Las Vegas, Nevada, USA. (Info edited from Wikipedia & AMG)


Physical disability is no bar to musicianship - indeed, in some instances such as the blind keyboard players George Shearing and Ray Charles, the enhanced hearing faculties have actually been an advantage. Losing limbs is more problematic, but not always insurmountable. Take losing an arm and playing trumpet: normally one arm gives support (and the hand can be used for muting effects, etc.), the other facilitates the hand which actually operates the valves. Playing with only one arm - inconvenient, but not impossible. Enter Joseph Manone.This compilation is of the ‘happy’ songs Wingy recorded at the height of his recording success with "Isle Of Capri". If not all the lyrics were actually happy in content, then Manone made sure that the overall effect was the desired one at the time of Depression - a lifting of spirits. Everything received the unique Manone treatment, even (unbelievably?) "On The Good Ship Lollipop", which owed nothing to that other lifter of spirits of the time, Miss Shirley Temple. There is little doubt that Louis Prima, also born in New Orleans but eleven years Wingy’s junior, took a lead from him, and although unlike Manone, Prima forsook Dixieland-style jazz early in his career, his vocal styling continued to recall that of the older man.