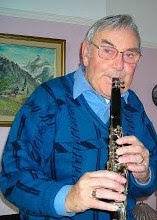 Henry Mackenzie, (February 15, 1923 - September 2, 2007) was a clarinettist and saxophonist who enjoyed a high-profile career in British jazz and big-band music after first making a reputation in his native Edinburgh. Famed for his extended tenure under bandleader Ted Heath, Henry MacKenzie towers among the premier clarinetists in British jazz. A sophisticated yet fiery player, he also enjoyed a long career as a first-call session player, even contributing to the Beatles' landmark Sgt. Pepper's Lonely Hearts Club Band.
Born in Edinburgh, Scotland, MacKenzie studied accordion as a child and later played in a local Boys' Brigade band. By his late teens he discovered jazz and turned to clarinet and tenor saxophone, studying under area musician Joe Marsh, an alumnus of the Edinburgh Empire pit orchestra.

After a brief apprenticeship as an auto mechanic, Mackenzie launched his professional music career in the house band at the Princes Street nightspot the Havana Club. Shortly after signing on at Leith's Eldorado Ballroom in 1942, he was called to serve in World War II, and as a member of the Royal Army Service Corps he played in the military band.

On returning to civilian life in 1947, MacKenzie joined bandleader Tommy Sampson, and over the next year toured Britain, Italy, and Germany. Following a brief tenure with Paul Fenoulhet, he was recruited by Heath in September 1949, and remained until Heath's death in late 1969. 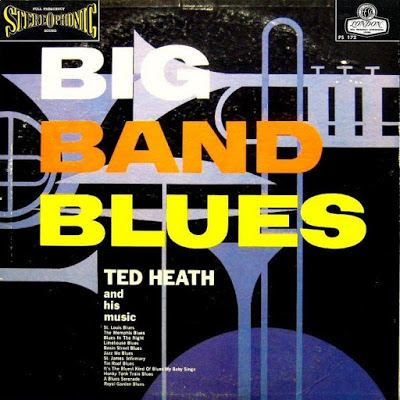 
Often earning favourable comparison to Duke Ellington's famed clarinetist Jimmy Hamilton, MacKenzie was respected by critics and audiences alike for his elegant, exacting performances. In December 1966, he joined fellow clarinettists Robert Burns and Frank Reidy in the studio to record the whimsical "When I'm Sixty-Four," one of the more beloved contributions to the Beatles' epochal Sgt. Pepper.
After Heath's passing, MacKenzie was a favourite of arrangers including Henry Mancini, Nelson Riddle, and Billy May, and was a fixture of several Heath Orchestra revivals led by trombonist Don Lusher. In addition, during the 1990s he led his own quintet for the radio program Music While You Work, and performed for TV's Come Dancing. Mackenzie also played with George Chisholm's Gentlemen of Jazz.. After a brief illness, MacKenzie died in Surrey on September 2, 2007.

(Edited mainly from All Music bio by Jason Ankeny)

A big thank you to Forgotten Masterpieces Blog for original post