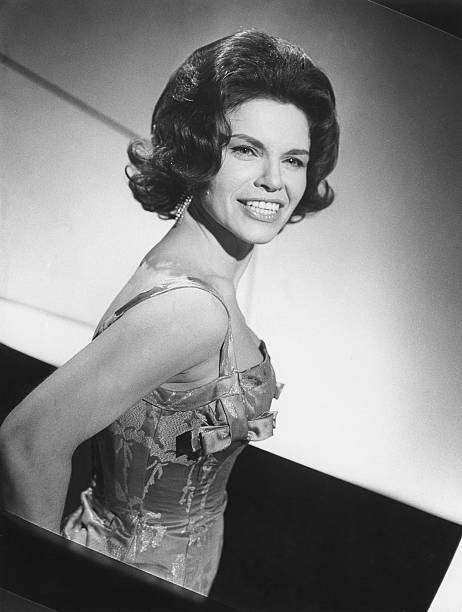 
Inge Brandenburg was born as one of six children in a broken family, in which violence and strife prevailed.  Her father, a communist and in the First World War conscientious objector, was imprisoned in 1939 in the Mauthausen concentration camp, where 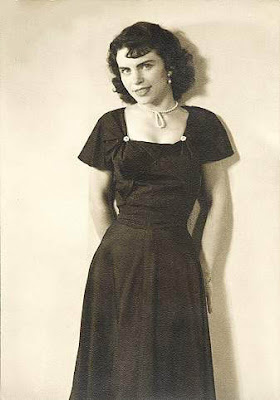 he later died,. Her mother was called "asocial" in Ravensbrück concentration camp interned and died there in 1945 shortly before the end of the war.  The siblings were separated from each other and housed in various children's homes, which Inge Brandenburg spent the greater part of her youth in homes in Dessau and Bernburg.


Immediately after the end of the war she fled to the American zone to Hof , where she was imprisoned for several months as a rambler.  Then she went to Augsburg. There she worked in a bakery, learning to play the piano and first came into contact with jazz in the city's GI clubs.  She successfully applied to a newspaper advertisement of a dance orchestra, which was looking for a singer and tingled after her move to Frankfurt am Main with 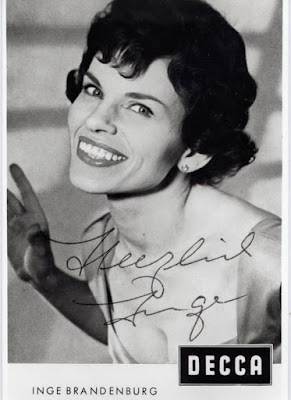 that by German nightclubs and dance halls.
As an autodidact she developed increasingly into an outstanding jazz interpreter and undertook an eight-month tour to Sweden, which was crowned with success (originally planned only four weeks).  Back in Germany, the breakthrough came in 1958 at the German Jazz Festival; the critics also prophesied a great future for her.  She got her first recording contract and sang, appreciated for the dark timbre of her voice and her excellent timing, soon with the first jazz guards. 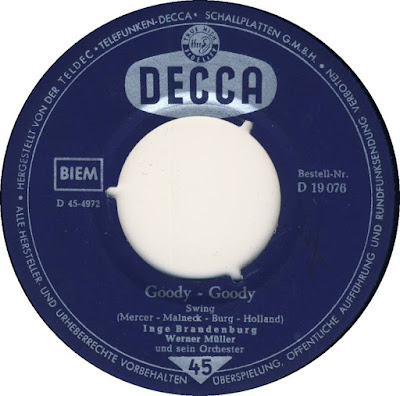 At the European Music Festival in Antibes in 1960, she was honoured as the "Best European Jazz Singer".  The collaboration with Hans Koller , Albert Mangelsdorff , Emil Mangelsdorff , Helmut Brandt and the orchestras of Kurt Edelhagen and Erwin Lehn consolidated their reputation as the best West German jazz 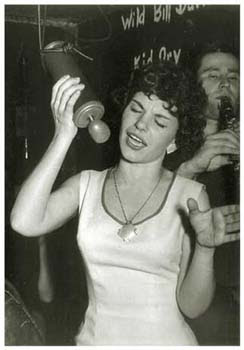 singer;  she mainly sang in swing idiom and blues pieces.  Her interpretation of Lover Man allegedly made her "legendary" in 1960: "Undeterred by the overwhelming vocal recordings that were already available at that time, the young German sang her soul with individual phrasing and a soulful, dark voice."

In the early 1960s, Inge Brandenburg was managed by AFN host Charlie Hickman, who gave her the first television appearances, including Ted Heath (1962).  She toured with the Gunter Hampel Group in 1965 and interpreted Ornette Coleman pieces like Lonely Woman.  In 1968 she went on tour with the trio of Wolfgang Dauner. Record labels released a few recordings with her, but they preferred to record hit-and- miss songs, which she was not prepared to do.  After her futile attempt to force the labels in court, as originally agreed to release jazz recordings with her, she was "burned" in the industry.  Due to her alcohol consumption and bad nature she received only a few commitments, so that she later played mostly theatre. 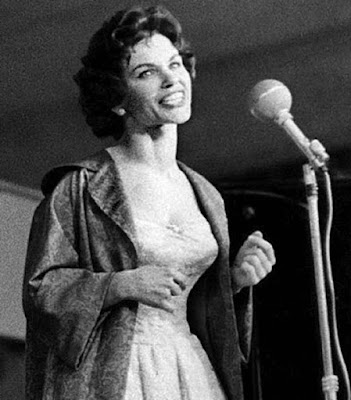 In 1976 she sang again at a jazz festival in Würzburg, 1974 and 1976 in the gully in Frankfurt am Main, 1985 in Frankfurt am Main) and Brewhouse in Stuttgart with the Peter Mayer Quartet and Jan Jankeje .  After that, she withdrew completely because of the difficult economic situation in the music market.

After the end of career Brandenburg slipped into deeper alcohol problems, in addition there were problems with their vocal cords.  In 1990 she underwent surgery.  In the mid-nineties, she tried a comeback - supported by Gerry Hayes and Charly Antolini , with the trios of pianists Walter Lang and Heinz Frommeyer, which, however, failed. 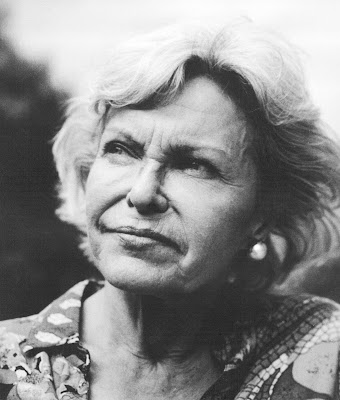 Impoverished, she died in 1999 in Schwabing hospital. Munich, Bavaria, Germany. Her grave is located on the Munich North Cemetery.  (Edited from a German Wikipedia translation)

There is a new CD with 18 unreleased songs on the 20th anniversary of the death of Inge Brandenburg: "I Love Jazz". http://michaelsjazzblog.com/
Please do not copy the songs. Be fair and use Spotify or Deezer or just buy the real CD.
There was a lot of work and expense involved in licensing these finds from the archives. Thanks.

Hello Inge Fan,
Thanks for the links regarding the new CD of Inge Brandenburg. Please note my blog about Inge was to highlight her artistry and to introduce her to a new audience.. I gave links from other sources as I had none of her recordings of my own. I am always buying nostalgic CD's mainly from charity shops and on-line sources. I am a volunteer presenter for my local radio station which pays its royalty fees.
If my post has offended you in anyway, I will remove it immediately resulting in yet another artist left in the void. I have a disclaimer which states to support the artists I cover,
I am sorry you feel that I am not a fair person.
Regards, Bob Sevier.

I think it's great that someone like you shows off rarities.
I have great respect for this work.
I'm not suggesting illegal distribution, but a link to free downloads of mp3 music files isn't exactly right either, is it?
If you replaced the Zippyfiles with purchase links, everything would be great, because the tracks are still available everywhere.

//I have another great project (music) for you, which doesn't fit in the post here. (If I could contact you by mail, I have unfortunately no contact to you) This sentence can be deleted gladly from the post by you.///

Hello Inge Fan,
Sorry for delay in responding as I have been inundated with radio work. Firstly just let's agree to disagree on certain points of your comments otherwise we will end up vacillating between the merits and pitfalls of freely sharing old material. You'll be glad to know as the file links to the two vinyl albums have expired I have removed the offending comment.

Regarding your "great project" I am intrigued as to what it entails! So here is a new email account I've just set up