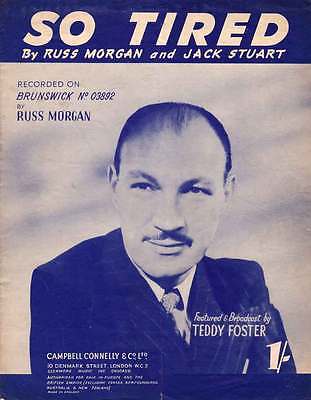 Teddy Foster (1908 - 1984) was a much loved British trumpeter and band leader in the 40's.
Almost every sideman you meet seems to have played at one time or another in Teddy Foster's band. Teddy Foster himself played trumpet and sang in his husky voice with Billy Cotton, having fronted his first band, The Collegians, in 1929 at Tony's Ballroom in Birmingham when his signature tune was "Collegiate."

After touring with Billy Cotton he led a small unit "The Kings Of Swing" using "St.Louis Blues" as his opening theme. Teddy Foster formed a 17 piece band in 1945 which enjoyed much success at the Opera House, Covent Garden before moving down the road to the Strand Lyceum. 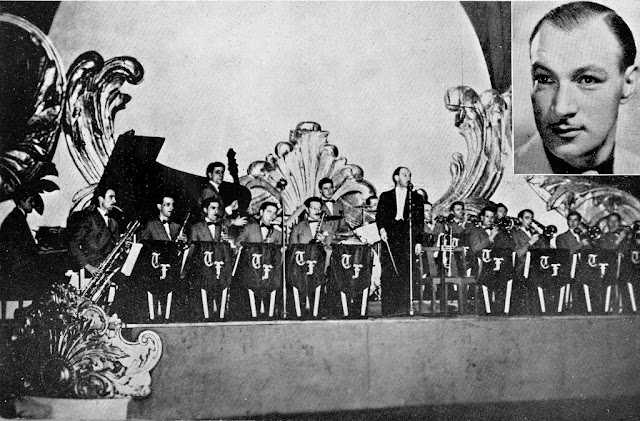 In 1945 he was resident at the Casino in Birmingham  and was broadcasting weekly in "Saturday Night  At The Palais." In fact he became one of the most popular touring Palais bands of the 40's and 50's. During the early 50’s Teddy doubled as manager and resident bandleader at the Brighton Aquarium. 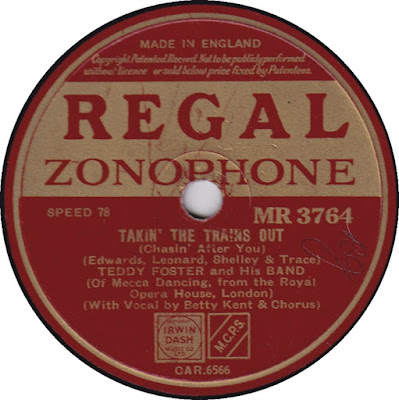 His band was probably the first British band to have an eight piece brass section with five sax, and Foster always sought out the best musicians and arrangements: some were by Roland Shaw who also did some arranging for Ken Mackintosh. 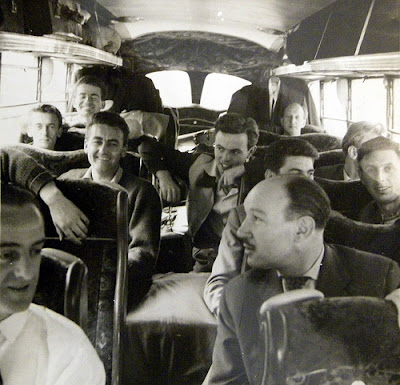 He gave up band leading in 1960 to form a theatrical agency and
subsequently discovered Julie Rogers, whom he married. Julie Roger’s professional singing career began when she joined the Teddy Foster Band as featured vocalist and she sang for two seasons at the Butlin’s holiday camp at Filey. Also after leaving military service, where he was a singer with the Royal Signals Band, Vince Hill became a singer with Teddy Foster's Band, based in London. 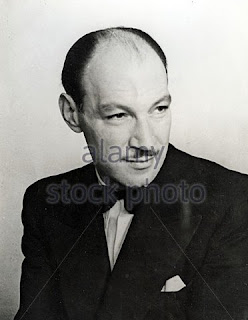 When the band broke up, Teddy and Julie formed a double act and toured the American bases throughout Europe during the following 18 months. Their style was similar to the Louis Prima and Keely Smith duo that was popular in the States at the time. This, together with Julie’s dance band experience, gave her the foundation for her future solo success.


Foster was well known in show business circles and through his connections he took Julie to meet acclaimed record producer Johnny Franz. Julie sang ‘Come Rain Or Come Shine’ and Franz immediately signed her to the Mercury label in early 1964 with a five-year contract. Foster gave up his own musical career to ﻿
become Julie’s personal manager as well as all kinds of popular entertainment acts.

Nothing on the web regarding Teddy foster compilations, but managed to find a Canadian 10” album “The Best of Cole Porter” from circa early 1950’s also a few tracks from the 30’s & 40’s from red mp3 and You Tube

Enjoyed your post. Always surprises me to hear about someone new, and Teddy Foster is that for me.

I'm back blogging again myself after a couple of years away from the Geezer Music Club. Stop by when you get a chance.
BG

I think your main picture is Teddy Foster's band at the Lyceum Ballroom in London (now the Lyceum Theatre) probably around 1946. My father, Al Winnett, is the trumpet player second on the right to Teddy.