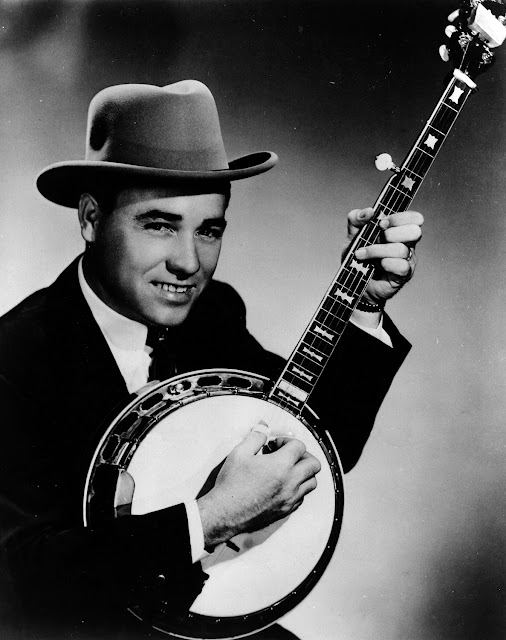 Earl Eugene Scruggs (January 6, 1924 – March 28, 2012) was an American musician noted for popularizing a three-finger banjo picking style, now called "Scruggs style", that is a defining characteristic of bluegrass music. His three-finger style of playing was radically different from the ways the five-string banjo had been historically played. He popularized the instrument in several genres of music and elevated the banjo from its role as a background 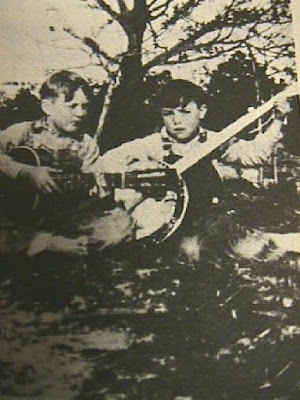 rhythm instrument, or a comedian's prop, into featured solo status.
The youngest of five, Scruggs was born in rural Cleveland County, North Carolina, and  lived on a farm which he helped tend after his father died. As a teenager, he attended high school in Boiling Springs, North Carolina. With his school, farm work and other chores, his past time became the five-string banjo and he spent every spare moment playing it. He was fascinated with the instrument. He played his father's banjo and one his older brother owned until he was around eleven or twelve years old.

In 1939,Earl began playing with the Morris Brothers (Zeke on mandolin and Wiley and George on guitars) featuring what was known then as “country” music or “hillbilly” music. Don Reno had just left the band as banjoist to soon join Arthur Smith and his Crackerjacks. Earl played with these men for a few months, then quit so that he could take care of his widowed mother at his home 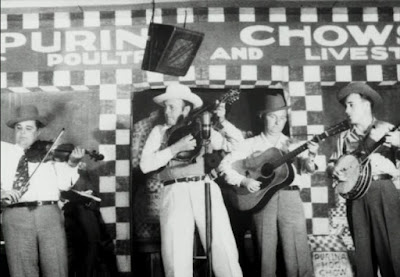 in Shelby. He worked for the Lily Mills textile mill near his home until the draft restriction of World War II was lifted. And his mother encouraged him to pursue music as a career.
Scruggs joined Bill Monroe's Blue Grass Boys in late 1945 and devised a picking method in which the thumb and two fingers of the right hand led a breathtaking dance, its leaps and rolls transforming the sound of the rural stringband into an intricately engineered high-performance music. Critics would call him the Segovia of the five-string banjo, the Paganini of bluegrass. 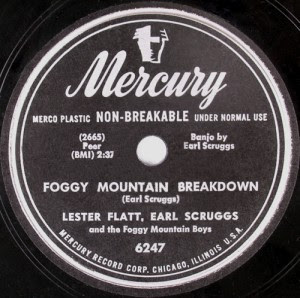 In 1948, Flatt and Scruggs set out on their own, jointly leading the Foggy Mountain Boys  The group made sparkling recordings such as Flint Hill Special, named after Scruggs's home town; Randy Lynn Rag, for his eldest son; Foggy Mountain Breakdown and The Ballad of Jed Clampett, the theme tune of the popular TV show The Beverly Hillbillies and a No 1 on the country chart in 1962.

The instruction book Earl Scruggs and the Five-String Banjo was published in 1968; it went on to sell more than a million copies. But Scruggs became, as he said later, "bored and unhappy doing the same things for over 20 years", and in 1969 he broke with Flatt and formed the Earl Scruggs Revue with his sons Gary and Randy, and later Steve. Their embrace of amplified instruments, drums and repertoire outside the bluegrass canon lost Scruggs some of his original audience, but he found another on the college campuses of the 1970s, and he participated in the Nitty Gritty Dirt Band's 1972 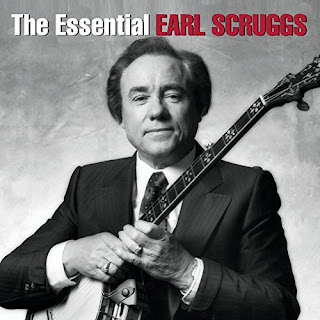 triple LP Will the Circle Be Unbroken, which opened the ears of many rock fans to connections with earlier forms.
Technically gifted (he was also a very fine guitarist) and musically open-minded, Scruggs stepped easily across the borders of genre, and when, in 1975, he celebrated 25 years at Columbia Records with an anniversary album, he was joined by Leonard Cohen, Billy Joel and dozens of other musicians from backgrounds unlike his own.
From the 1980s onwards he played less often, but the awards for his innovation rolled in: election to the Country Music Hall of Fame in 1985, a National Heritage fellowship in 1989, the National medal of arts in 1992. On the album Earl Scruggs and Friends (2001) he remade Foggy Mountain Breakdown, sharing the banjo part with the comedian Steve Martin, and the tune won its second Grammy. In 2008 Scruggs received a Grammy lifetime achievement award. 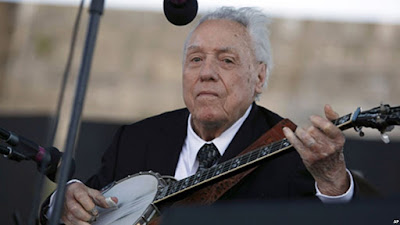 Scruggs' wife and manager Louise Scruggs died on February 2, 2006 at the age of 78 at Nashville, TN's Baptist Hospital following a lengthy illness. Near the end of Earl’s life, home was the place he enjoyed playing most; Scruggs hosted jam sessions at his Nashville house.  At age 88, Earl Scruggs died from natural causes on the morning of March 28, 2012, in a Nashville hospital. He was buried at Spring Hill Cemetery in a private service.
(Info edited mainly from an article by Tony Russell @ The Guardian & Wikipedia)

Having editing problems with Blogger. This is my 3rd attempt and still not as per normal settings.

A big thank you to Maria @ El Ranch blog for active link.

01 God Loves His Children
02 I'm Going To Make Heaven My Home
03 We'll Meet Again Sweetheart
04 My Cabin In Caroline
05 Baby Blue Eyes
06 Bouquet In Heaven
07 Down The Road
08 Why Dont You Tell Me So
09 I'll Never Shed Another Tear
10 No Mother Or Dad
11 Is It Too Late Now!
12 Foggy Mountain Breakdown (Instrumental)
13 I'll Be Going To Heaven Sometime
14 So Happy I'll Be
15 My Little Girl In Tennessee
16 I'll Never Love Another
17 Doin' My Time
18 Pike County Breakdown (Instrumental)
19 Cora Is Gone
20 Preachin', Prayin', Singin'
21 Pain In My Heart
22 Roll In My Sweet Baby's Arms
23 Back To The Cross
24 Farewell Blues (Instrumental)
25 Old Salty Dog Blues
26 Take Me In A Lifeboat
27 Will The Roses Bloom (Where She Lies Sleeping)
28 I'll Just Pretend