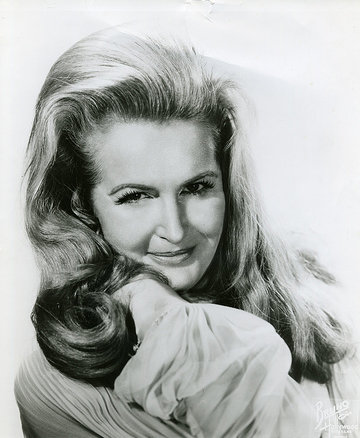 Elizabeth Jane Anderson (née Haaby; January 13, 1927 - October 31, 2011) was an American country music singer-songwriter who was one in a wave of new-generation female vocalists in the genre during the 1960s to write and record her own songs on a regular basis.
Born Elizabeth Jane Haaby in Roseau, Minnesota, she played the 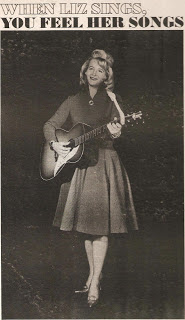 family mandolin as a child and also sang in the local church. At age 13, the family moved west to Grand Forks, North Dakota. At the age of 16, Liz was married to Casey Anderson and then had her daughter Lynn a year later. She studied at the Redwood City Business College in Redwood City, California, and worked as a secretary.


In 1957, the family moved to Sacramento, California. The limited popularity at the time of country music in California led Anderson to start writing songs. Casey was a member of the Sheriff's Posse, which was going to take part in the National Centennial Pony Express Celebration. Casey convinced his wife to write a song in honor of the Pony Express. The song was named the official song. 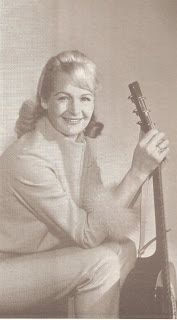 Anderson began publishing her songs and made friends within the burgeoning country music community in Bakersfield during the early 1960s. Some of the first hits from her pen were "Be Quiet Mind" by Del Reeves and "Pick of the Week", which was recorded by Roy Drusky in 1964. In 1965, Merle Haggard recorded her song "All My Friends Are Gonna Be Strangers". She won a BMI award for the song. Anderson published over 260 songs during her career and earned five BMI awards. Many major country artists of the 1960s recorded at least one of her songs on their albums, including Charley Pride, Tammy Wynette, Ernest Tubb, Loretta Lynn, George Jones, Skeeter Davis, Waylon Jennings, Kitty Wells, 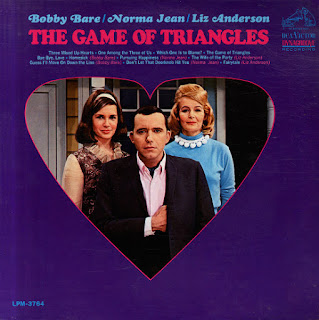 
Anderson demo vocals were noticed by RCA producer Chet Atkins who signed her to RCA in 1965. Almost forty at the time, Anderson's year of birth was slightly lowered to 1930 in publicity materials of the era. Anderson's two initial singles fared well and her third, "Game of Triangles", with Bobby Bare and Norma Jean became a top 5 hit. 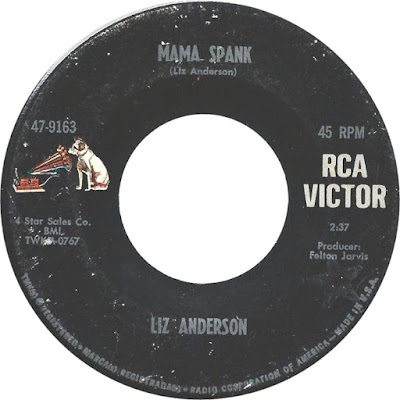 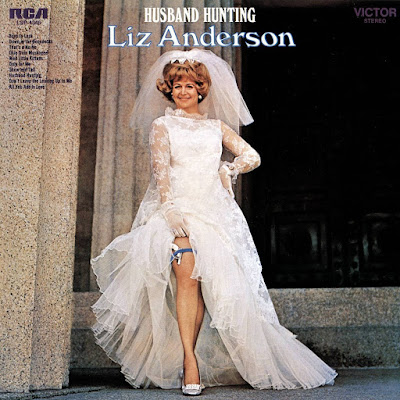 by Jim Glaser; one of her few hits written by someone else), and "Husband Hunting" (1970).


Around this same time her only child, daughter Lynn, was rising as a country singer. Anderson wrote a number of her daughter's early hits, including her 1967 debut single "Ride, Ride, Ride", as well as her first big hit, the top 5 "If I Kiss You (Will You Go Away)" (also in 1967). Liz and Lynn had a top 25 duet with "Mother May I" in 1968, and appeared together on a Mother's Day 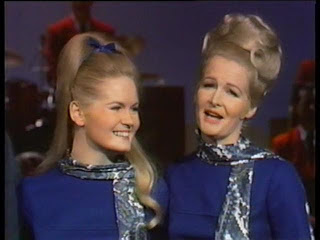 episode of the Lawrence Welk Show that May. Lynn would later have her biggest success in the 1970s, becoming one of country music's most successful female vocalists.


In 1971, she moved to Epic Records, and released the four charting singles produced by then son-in-law Glenn Sutton which went no higher than the Country top 60. One of those singles was a cover version of "I'll Never Fall In Love Again". In 1974 she released a Christmas single, the self-penned "Christopher the Christmas Seal", on the small Hobby Horse 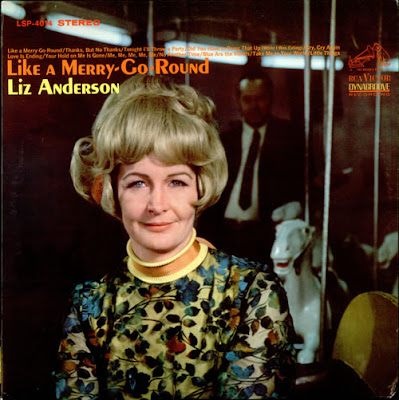 
Anderson did not record again until she released a single for the Scorpion Records label in 1978 that did not chart. She continued to write, however, and one of her songs was a top-40 country success for Faron Young in 1977. In 1979, Lorrie Morgan had one of her first charted songs with an Anderson composition "Tell Me I'm Only Dreaming" which went to number 88 in 1979 and was one of the last charting songs written by Anderson. 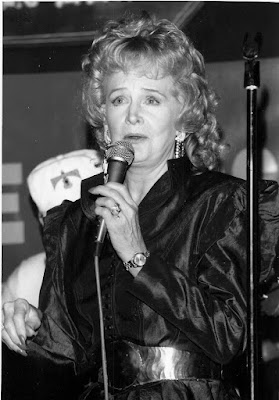 Anderson's lone 1980s recording was the album My Last Rose for Tudor Records which contained original material and covers of well-known songs. In the mid-1990s, Anderson started her own record company, Showboat Records. The Cowgirl Way was her first album in over a decade. She also recorded an album of Christmas songs and another one of children's songs, most of them written by her. In 2006, Lynn Anderson released an album for the label entitled Cowgirl, composed entirely of songs penned by her mother.
Liz Anderson died on October 31, 2011, in Nashville, Tennessee, from complications of heart and lung disease.  (Info edited from Wikipedia)
Posted by boppinbob at 04:03

Thanks to Maria @ El Rancho for active links.