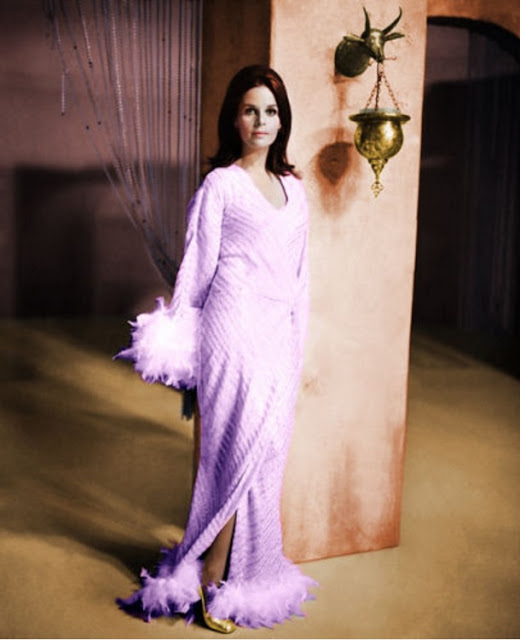 Claudine Georgette Longet (born 29 January 1942) is a French singer, actress, dancer and recording artist who was popular during the 1960s and 1970s.

Born in Paris, France, her father was an industrialist whose expertise was x-ray technology.  Her mother was a doctor.  There was a younger sibling too, a sister named Danielle Longet..  As a 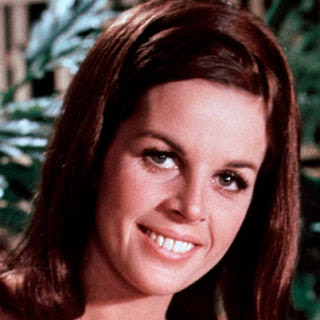 teenager, Claudine became a show dancer.  At the age of 18, she went to the United States to seek fame, fortune and the elusive American Dream.  She was hired by famed nightclub impresario Lou Walters (father of Barbara), who had noticed her on French television.


Claudine began her career as a Las Vegas show girl, the lead dancer of the Folies Bergère revue at the Tropicana Resort and Casino.  In 1960, she met crooner Andy Williams in Sin City while they were both performing there.  Andy and Claudine married on December 15, 1961 in Los Angeles California when Claudine was 19 years old Williams was 34. They had three children: daughter Noëlle and sons Christian and Robert. 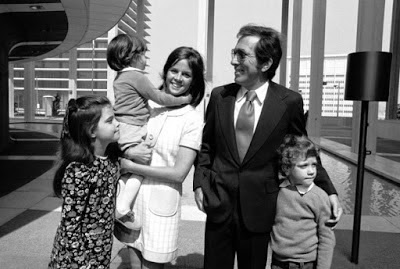 
In 1966, Claudine appeared as a guest star on the NBC television adventure series Run for Your Life, starring Ben Gazzara. In the episode, she sang a bilingual version of the bossa nova song "Meditation" (English and French) and was subsequently signed to a contract by Herb Alpert's A&M Records.  She recorded five albums under that label between 1966 and 1970. 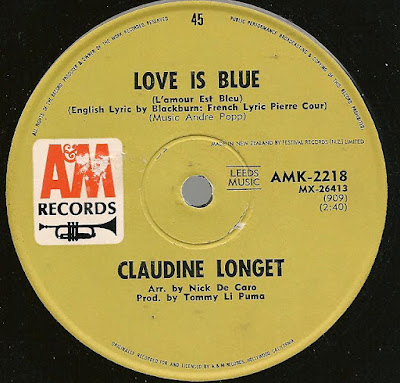 She also has had hit singles in America on the Billboard Adult Contemporary chart. Her charting singles include her cover version of "Here, There and Everywhere"  "Hello, Hello"  "Good Day Sunshine" "Small Talk" and "Love is Blue", a 1967 Eurovision Song Contest entry that gained fourth place  Another song, 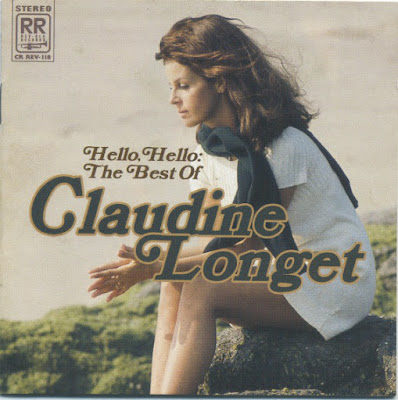 "Wanderlove" (music and lyrics by Mason Williams), went to #7 on the singles charts in Singapore and still occasionally gets airplay on Asian radio. She remains popular in Japan, where all of her original albums were reissued on compact disc.


In 1971, Claudine signed a contract with Barnaby Records, Andy Williams' label.  She released some singles and two albums (We've Only Just Begun and Let's Spend the Night Together) for the company. 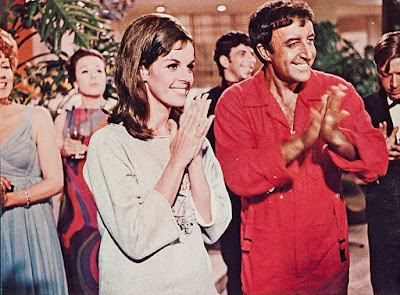 Claudine had the lead female role in director Blake Edwards' classic 1968 comedy The Party.  She portrayed Hollywood starlet Michele Monet in the film, opposite co-star Peter Sellers.  Sellers played a bumbling Indian actor who, due to a clerical error, is mistakenly invited to an exclusive Hollywood party, instead of being fired.


In 1970, Claudine’s perfect TV-captured marriage unravelled, but her network of influential and famous friends remained. It was through Liza Minelli and Clint Eastwood that she met then “professional skiing’s richest racer” Vladimir “Spider” Sabich. The two hit it off instantly and Longet and her children moved into his Aspen, Colorado home, though the relationship between the two was gradually rumoured to have grown tempestuous.


On March 21, 1976, Sabich was found dead on his bathroom floor, with Longet admittedly holding the pistol that shot him. She later 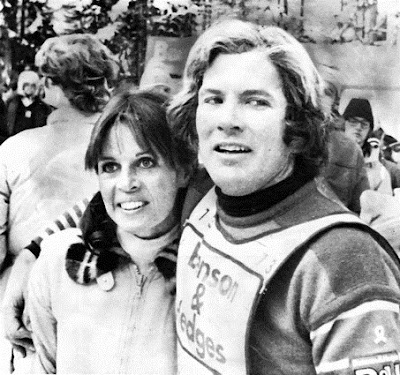 stated the shooting was an accident that occurred as Sabich was showing her how to handle the firearm. The singer/actress would eventually be charged with reckless manslaughter.


Longet's ex-husband Wlliams supported her throughout the trial, with the case becoming a media spectacle and inciting strong reactions from many Aspen residents. The jury acquitted Longet of felony manslaughter and convicted her instead of criminally negligent homicide. Longet was sentenced to 30 days in jail. 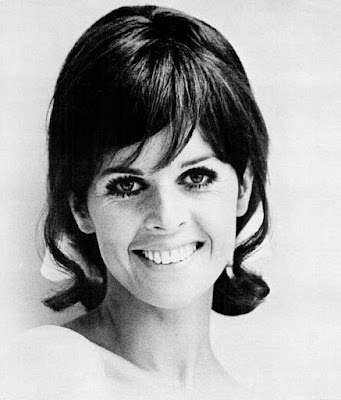 Sabich's family initiated a $780,000 civil suit against Longet. It was settled out of court on the condition that she never tell or write about her time with Sabich. After the trial, Longet began a relationship with her married defence co-attorney Ron Austin, whom she later wed. They reside in Aspen, and Longet has opted to remain out of the spotlight and has maintained a private profile since 1977.
(Compiled and edited from various sources, mainly from an article by Joanne Madden)

For “Hello Hello – The Best of Claudine Longet” go here:

A big thank you to Ludovico @ Entre Musica for original post