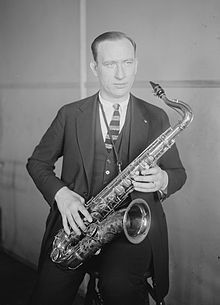 
While his name may have begun to slip from public consciousness, many of the songs written by Isham (pronounced "Eye-sham") 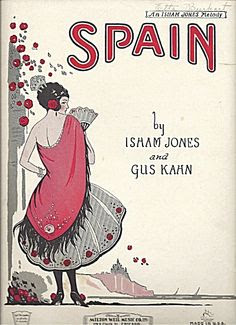 Jones continue to live on. He put out more than a hundred, many of them musical standards, like "It Had To Be You", "Swinging Down the Lane", "How Many Tears Must Fall", "I'll See You in My Dreams", "On the Alamo", "Thanks for Everything" , "Spain" and "More Than Ever".


Besides that, Jones was an accomplished musician (he played piano, violin, tenor saxophone and string bass), who also happened to lead one of the most commercially successful dance orchestras of the 1920's and early 30's, renowned for having the best ensemble sound in the business.


Jones was born in Ohio, but raised in Saginaw, Michigan. His 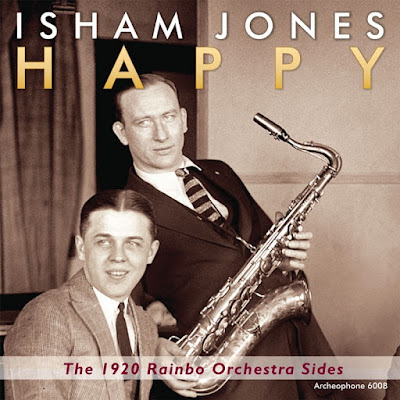 father taught him to play the fiddle and, before long, he had assembled his first band, performing at the local church. In 1915, he moved to Chicago to further his musical studies. At night, he led his own trio at 'Mahoney's Club'. By 1919, he fronted an orchestra which toured hotels and dance palaces in Michigan and Pennsylvania, including the Rainbow Gardens in Chicago, at which time he recorded some early discs under the name 'Isham Jones Rainbo Orchestra' (including "Alice Blue Gown" and "Happy", 1920).
He later established a six year residency at the Sherman Hotel in Chicago, later to become famous as the College Inn and was to become in later years a favourite haunt for jazz musicians like Louis Armstrong, Bix Beiderbecke, and others. Bix in fact would frequently listen to the Jones Orchestra, and even sat in a few times while he was still a student at the nearby Lake Forest Academy. 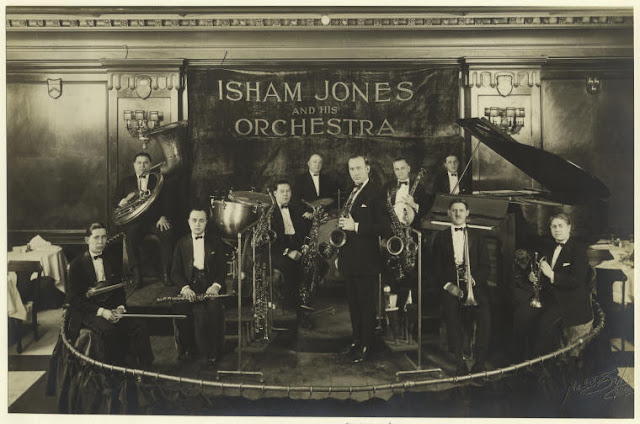 In 1924, he appeared briefly in New York before sailing to London, England. By the time he returned to the U.S., he was well on the way to establishing himself and his orchestra as a national hit. Having signed on with the Music Corporation of America (and becoming a member of ASCAP in 1924), Jones was encouraged to expand his profile by going on national and overseas tours. 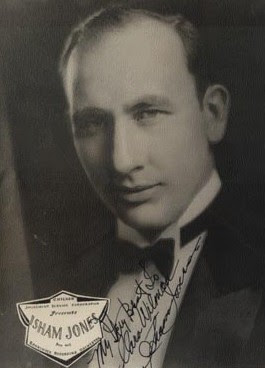 As a result, the 'Isham Jones Juniors' evolved into one of the most popular dance bands in America, thanks largely to excellent organisation, good musicians (personnel included at various times Woody Herman, Pee Wee Erwin, Jack Jenney, Clarence Willard and George Thow) and superior arrangements by Jones himself, Gordon Jenkins and future Hollywood composer/conductor Victor Young (a prolific songwriter in his own right). One of the first big hits for the band was a 1930 recording of Hoagy Carmichael's "Star Dust", before lyrics to the song had even been written. 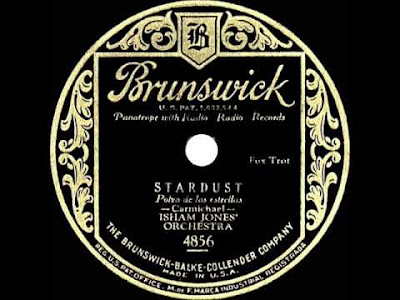 It came as a surprise to many, when Jones - at the height of his popularity - suddenly decided to go into semi-retirement. In 1936, he turned leadership of the 'Juniors' over to Woody Herman, ostensibly, to devote more time to composing and arranging. In the 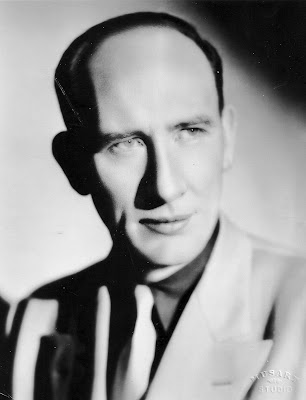 end, Jones resurfaced to lead a few more temporary bands, none of which were particularly successful. By the 1940's, he had left the music scene altogether, operating a general store in Colorado. In 1955, he moved to Florida and died from cancer a year later in Hollywood, California.
Jones was inducted into the Big Band and Jazz Hall of Fame in 1989 and into the Songwriters Hall of Fame in 1970.


(Info compiled and edited from various sources, mainly IMDB)
Posted by boppinbob at 11:34

For “Isham Jones and his Orchestra – Swingin’ Down the Lane” go here:

Compiled mainly with mp3’s from Red mp3 and a few from You Tube.
Artwork from All Music.

Thanks, Bob! I love your blog. I've been diving deep into swing/big band and its various sub-genres for the last couple years and I appreciate your help. Thanks again!