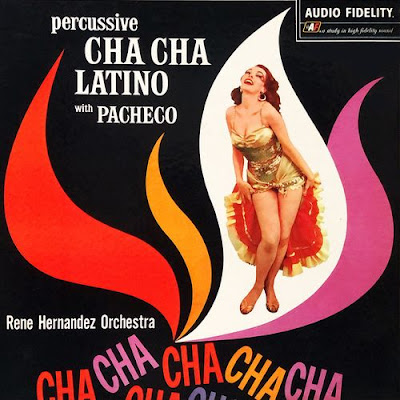 René Hernandez (January 21, 1916 – September 5, 1977) was a Cuban pianist, arranger and a pioneer of big-band mambo and Afro-Cuban jazz in the United States.

René Alejandro Hernández Junco was a native of Las Cruces-Las Villas, after becoming proficient on the piano; he joined a local orchestra called the Jakiki in the mid-1930s. There he met the trombonist and pianist Generoso Jiménez, with whom he joined Carmen Arellano's orchestra Arellano Fernández . He soon took over the direction of the orchestra and made name for himself as a performer of danzónes.

With his brother Raúl he then joined the Orquesta Cienfuegos, one of the most important tipico jazz bands in Cuba. In Havana he appeared occasionally with the Siglo XX Orchestra, then becoming a member of the Orquesta Hermanos Palau and in 1940, of the orchestra of trumpeter and composer Julio Cueva. Hernandez wrote numerous arrangements until he was replaced by Damaso Pérez Prado. After a stint as pianist at Bebo Valdés ' Casino de la Playa, he travelled to the United States where he formed various ensembles and orchestras. 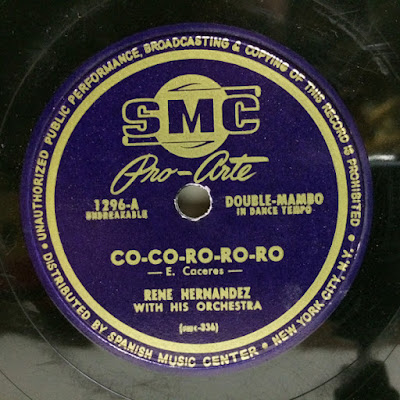 He was an arranger for many outstanding dance bands and popular music singers, most notably, Machito’s Afro-Cubans during their golden era from 1946 – 1964. During this period, with the consent of its directors, he also made arrangements for most of the first level orchestras in New York including La Lupe, Vicentico Valdés, Celia Cruz and, Daniel Santos..

After leaving Machito he joined the orchestra of Tito Rodriguez which brought him to Puerto Rico where he settled. He worked there as an arranger for Eddie Palmieri in the 1970’s and played in several of the island's orchestras, including that of Miguelito Miranda at the Hilton Hotel, where he remained until his death in 1977.