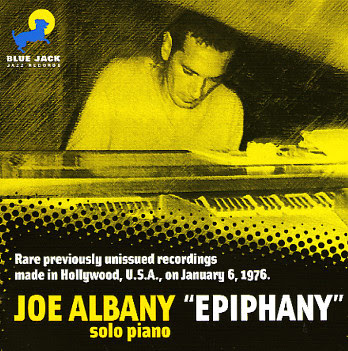 Joe Albany (January 24, 1924 – January 12, 1988) was considered something of a legend in modern jazz and one of the first important bebop pianists. As with many others, critics never acknowledged his talents in the beginning of his career. 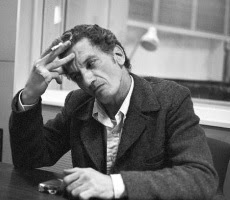 Rumored to have been Charlie Parker's favorite pianist, Joe Albany was renowned in his time. After a lengthy seclusion from the scene, he resurfaced in the 70s just in time to leave some lasting recordings.

Looking at pianist Joe Albany's life in hindsight, it is miraculous that he lived to almost reach 64. Serious problems with drugs and alcohol resulted in a series of harrowing incidents and his domestic life would never be described as tranquil (his second wife committed suicide while his third almost died from a drug overdose). Albany's life was so erratic that he only recorded once during 1947-1971. However, Joe Albany's real importance is as one of the early bop pianists. 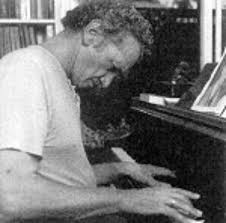 Born Joseph Albani, in Atlantic City, New Jersey, Albany played the accordion as a child, he switched to piano in high school and in 1942 joined Leo Watson's group. By 1943, he was working on the West Coast in Benny Carter's orchestra. In 1946 he at least once played with Parker and then 20-year-old Miles Davis. Albany's live recordings with Parker and some brilliant studio sides with Lester Young in 1946 (the latter later reissued on Blue Note) were the high points of his career. 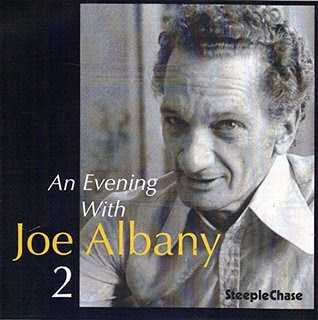 Here's !Over The Rainbow" from above album.

There is not much information on him until his first recording as a co-leader doing a quartet set “The Right Combination,” recorded in 1957  with an unusual trio line-up with saxophonist Warne Marsh and Bob Whitlock on bass, omitting a drummer. Despite that, most of the 1950s and 1960s saw him battling a heroin addiction, or living in seclusion in Europe. 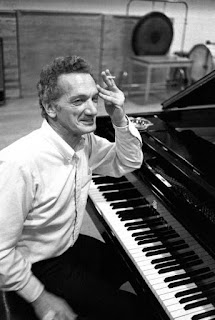 Other than a short stint with Charles Mingus in the mid-'60s, it was not until 1972 that Albany started to have a comeback and played on more than ten albums. He recorded a set with violinist Joe Venuti and was a leader on albums for Revelation, Horo, Inner City, SeaBreeze, and Interplay.

Albany’s solo sets included a date from Milan, Italy; “This Is For My Friends,” (’74) “Plays George Gershwin” and “Bruce Lane,” made in Paris.(’76) “The Albany Touch,” ('77) on Seabreeze, was recorded in California. There was a duo “Joe + Joe,” ('74) done in Rome with Joe Venuti. He went back to leading a trio that also included bassist Art Davis and drummer Roy Haynes, on “Bird Lives!” from a New York date in '79. “Portrait Of An Artist,” from '81 on Elektra finds Joe teamed with George Duvivier, Charlie Persip, and Al Gofa on guitar. This would be his last recording. 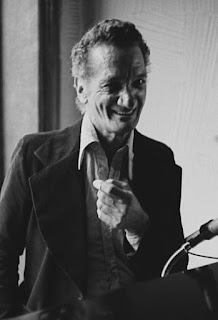 Albany was the focus of a 1980 documentary titled, Joe Albany... A Jazz Life. His daughter Amy-Jo wrote a memoir about her father called Low Down: Junk, Jazz, and Other Fairy Tales from Childhood. The book was adapted for the screen and released in 2014 as the biopic Low Down.

Joe was also the biological father to Benjamin David Goldberg, who was adopted by another family shortly after being born. Benjamin David was also a musician, who studied percussion at Juilliard, played for Broadway shows and was in the US Army Band. 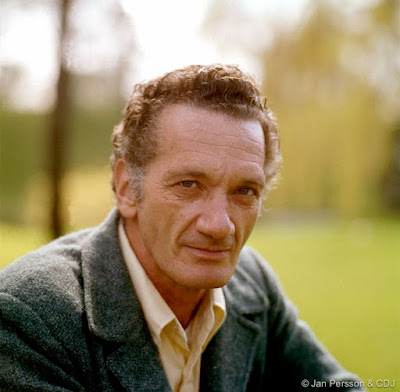 Albany died of respiratory failure and cardiac arrest in New York City, January 12, 1988, at the age of 63.

(Edited from Wikipedia, AllMusic & All About Jazz)

A big thank you goes to Echinops ritro who suggested today’s birthday pianist.

Below I have added a few albums found on an old jazz forum. I have checked them and they are active, but I do not have the files so once the links are dead please do not ask for a re-up.

Thanks for the suggestion, Echinops ritro, and thanks Bob for the biography = well done.